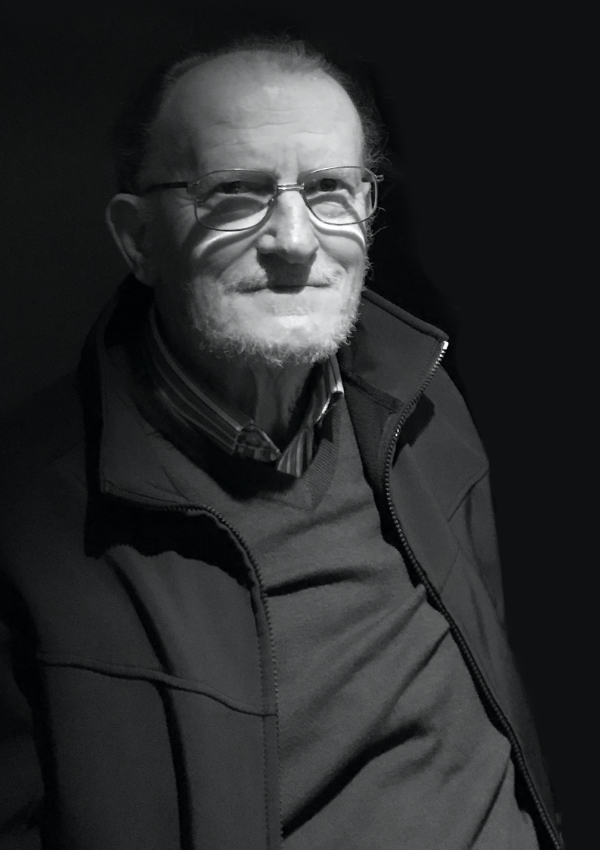 A portrait of Finbarr O’Regan 2018.
Image compliments of Finbarr’s family.

O’Regan’s Athenry is a compilation of historical accounts, interviews, biographies, local news, opinions and books, published for educational purposes only, for the community of Athenry, Co. Galway, Ireland.

All articles are written by Athenry people who have lived and worked in Athenry for most or all of their lives. All records contained in the athenry.org library are the copyright of the editor, Finbarr O’Regan and their respective authors. All records are submitted freely for the sole purpose of creating and preserving a comprehensive record of precious memories, events, historical sites and artefacts. A great many thanks to everyone who has contributed to this work.

Finbarr, a Philomath in all senses of the word, was born in Athenry, Co. Galway, the third oldest of 9 children. His father Tim, mother Nora, aunt Babs (and later his sister Anita) all taught in Carnaun National School and it was here he would take over their mantle and spend 45 years inspiring students with his passion for learning.

His philosophy was (and still is) the inclusion of all, the empowerment of the young and the old, teamwork and building of community by learning from those who came before us.

Finbarr has always been a forward-thinking man, who many would say was always ahead of his time. In his teaching and throughout life he has always embraced technology and the environment. Carnaun was a progressive place of learning: it was one of the first schools in the West of Ireland to earn a green flag, awarded by An Taisce EEU,  for its environmental awareness, and had an organic garden (IOFGA awarded) and heritage trail. The school, its projects, environmental and technological received many awards from at home and abroad. Finbarr and his students took park in many Comenius European Union educational projects on environmental awareness in the curriculum and travelled far and wide. He has influenced people from Cluj-Napoca to Naples and he has presented the work of his European colleagues at the UN in New York.

Saying that, he was never a man to place value on outcomes, he has always shunned the spotlight but preferred instead to give others opportunity to be recognised and rewarded.

During his time in school he produced and published the Carnaun Centenary Book (1991), Athenry Journals (1995 – 2004) and the Lamberts of Athenry (1999). Hundreds of local people have written articles and become authors through his encouragement and care. Each publication, in its own way, is a really important document of social history of Athenry and its surrounding areas by the people of Athenry.

This website is the legacy of all these people by a man who truly cares for his community.