Skip to content
A Fair Day: Recollections of 60 years in Athenry 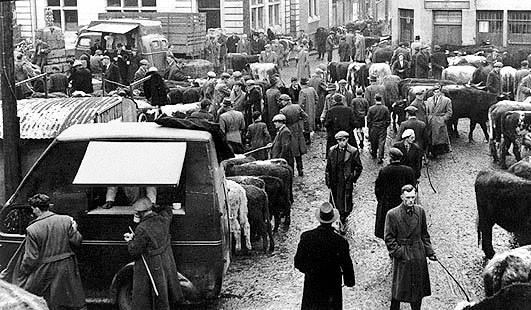 In the month of October each year the big Friday Fair took place. It was a big day for the local business people as the town was invaded with farmers, dealers, jobbers, stall holders and the street and pubs were packed.

Preparation began early on in the week. Householders and businesses had to erect wooden hoardings in front of houses to prevent the stock soiling the painted fronts.

On Thursday afternoon farmers who had top quality cattle brought them to town for an early display for the cattle dealers and jobbers. Athenry October fair was widely known for quality livestock and consequently, the cattle dealers would have arrived by train and booked into Hanberry’s Hotel or another great dealers house – Condron’s in Cross Street now known as New Park Hotel.

The big day began from midnight onwards. The livestock would begin to arrive in town, huge numbers of sheep would be penned all along the footpaths while the cattle occupied centre street. By early morning the street from Swangate to the North-Gate were simply impassable with people and stock.

The bargaining began and then the slapping of hands and finally the handshake sealed the deal. Then the exodus began, the big dealers – The Brutons, McGlews, Lyons, McCabes to name but a few – would instruct the farmers to take the newly purchased stock to the station, where up to and sometimes over a hundred stock wagons awaited.

The head man there was ‘Big’ John Joe Burke, a Roscommon man who travelled around to all the fairs where rail service was provided. He knew every dealer’s destination, and he loaded the cattle and booked in the stock numbers to C.I.E.  Then at mid-morning the dealers, having acquired their numbers of stock, went to the banks and withdrew the required monies to pay the farmers and at a pre-arranged spot they met and finalised their business. The old custom of the “Luck-Penny” was a ritual that was part of such deals and many a man’s decency was indicated by his “Luck-Penny”.

When the farmer had his cash safely in his possession he proceeded to his local merchant and cleared his account. Then he was free to partake in a few drinks, as the fair day was a meeting of neighbours and friends and later, maybe much later, they all went home happy.

When finally the action was over the big clean-up began.Each household armed with brush and hose washed down the house fronts and the town drains swept away a lot of the refuse that remained. The County Council staff under the leadership of Joe Shaughnessy disposed of the mountain of manure that remained. Joe sat proudly on his horse-drawn mechanical brush and swept the main thoroughfares clean of all traces of the big October Fair.

The fair ended but the town and local economy was considerable better off. 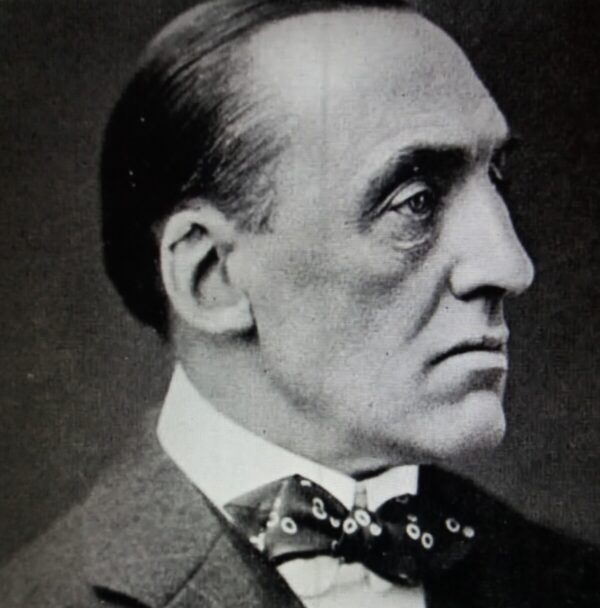 The letter of congratulations from the Youth of Athenry to the leaders… by Finbarr O'Regan
General History Archive | Archaeology, Education, Folklore, People, Poetry, Politics, Townlands