On the 15th of January 1993 a 50th Anniversary occurred in our parish and went unnoticed. Whether or not tourists would have come to the town will now never be known. I refer to the forced landing of the American “Flying Fortress” named Stinky which came down in the “Nursery” field just beyond the Teagasc offices on your right as you travel towards Galway. It could have been a catastrophe had the plane not been slowed down by hitting the wall which crosses the field from the road to the railway line, allowing the plane to come to a halt before entering the wood which lay in its path. This fortunate set of circumstances is possibly why the anniversary passed unnoticed. I’m sure we as a community would have indeed remembered the dead had it been the case.

Thankfully it was not a fatal accident, however, access to the “Classified Documents” reveal both intriguing and interesting detail.

The plane, as mentioned, was an American B17—Flying Fortress on route from Gibraltar to Port Reath, England. Owing to faulty navigation and wireless equipment the plane became hopelessly lost, the crew believed they were in Scotland.

During the journey the plane had come under attack from the Luftwaffe- The evidence being holes and empty shell cases along with a note which read “Enemy Action” (when decoded).

At this time the plane was a formidable war machine with tremendous power. The armaments consisted of: eleven 50mm Browning machine guns; one 30mm machine gun; nine 45mm Colts (small arms); and one Thompson machine gun. Ten of the heavy Browning guns were removed and taken to Renmore Barracks.

Two guns were permanently attached to the plane and remained so as they were secure. The small arms having been checked were returned to the crew. In addition the plane carried a Verey pistol to fire flares and 16 parachutes for the crew and passengers. The ammunition remaining on board amounted to 3902 rounds of 50mm, 400 rounds of 30mm and 26 flare cartridges for the Verey pistol.
Other special pieces of equipment on board that could be removed namely the Radio and Navigational Instruments were taken to Baldonnell on thel7th January 1943 along with the Bomb-sight and an Automatic Computing Gunsight.

The crew upon their evacuation of the plane were confronted by the local contingent of the LDF. (Local Defence Force) The first from the plane was Lieut. General Jacob L. Devers. He was greeted at gun point and told the LDF personnel including one “Dinney” the barber, to point the guns away in case they went off and hurt someone. He identified himself as a General of the American Army; a rapport was soon established.

When all was found to be well the locals present were given the wine, fruit and chocolates the crew had with them. My late father William Gabriel Browne received a pair of heavy leather gloves lined with sheep skin from one of the gunners. I also know that the Willie Higgins received a life jacket from Sgt. R. Boland RAF as this type of detail appears in the intelligence reports.

When the hoo-haa had quietened down, Major Timoney, Officer Commanding 1st  Battalion from Renmore, took over the crash site and secured the area. He then took the 16 members of the planes compliment and his own staff to the Railway Hotel, Athenry for lunch. The bill was paid by Lieut. Gen. Devers: £4.4s.Od for 21 lunches. Major Timoney himself became famous later in his career as the designer of the “Timoney” Armoured Personnel Carrier.

Having been nourished the party were driven to Belleeck, Co. Fermanagh and handed over to the RUC at their barracks at 2 o’clock on the morning of the 16th January 1943.

The plane was eventually dismantled and transported to the North where it was probably re-assembled for further active service.

Up to this point you may well have and I hope you have found the story interesting; it is the goings on behind the scene that makes the complete story more intriguing. In the commotion shortly following the unexpected arrival of our distinguished guest, souvenirs were sought – namely the Colt 45mm side arms and other items including the life-jacket which was given to William Higgins by Sgt. Boland RAF.

A personal letter written by an individual living in Dublin, who had Athenry connections (who shall remain nameless), was sent to her friend in Bath, England. It told of how the crash had occurred in Athenry and how some of the “lads” had received wonderful souvenirs. (naming both the lads and the items). This letter was intercepted and opened, as I’m sure all post at the time was; the information therein was brought to the attention of the Army Intelligence Officers who acted swiftly to contact the lads and retrieve the items.

The inquiry included an embarrassing investigation which led to some army personnel being admonished for their part in receiving and attempting to cover up the fact that they had been given/acquired side arms as souvenirs of the incident. It took almost a year to track down the complete list of items found to be missing. In fairness the bona fide reasons for possession were accepted from the civilians and the army members involved. The army personnel only received an official caution, in light of their service records prior to that time. The intercepted letter went on to say how the German Consul and his staff, referred to as the “snakes”, arrived at the scene to see for themselves the stricken craft and spy out the land.

Members of the Crew and passengers of  STINKY;

Lieut. Gen. Jacob L. Devers and Major Gen. Brooks went on to have most distinguished careers, the high point being on the 5th May 1945 they personally took the surrender of all the German forces in Austria and Bavaria. These men and their association with the “Fields of Athenry” is just one connection we as a community have with the much broader liberated community we now call the EU.

I would like especially thank my daughter Sinead, who with the kind permission of the Island House Library Galway undertook a search of contemporary newspaper archives for any mention of the incident, My father, who at the time of the anniversary gave me a written account of his memories of the crash, Two colleagues from work: Eamonn Geary, who as a young boy witnessed the incident and vividly remembers seeing the boots of a gunner through the transparent gunnery ports as the plane passed over him, and Padraic Forde from Bullaun a member of Galway Flying Club, who has researched other similar incidents around Ireland. 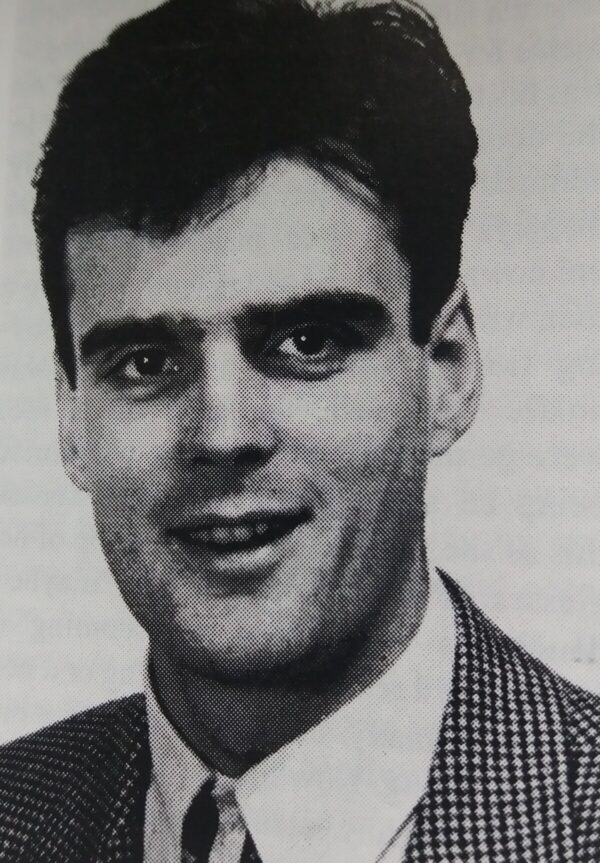 “You will never plough a field by turning it over in your own mind”. I… by Joe Healy
Athenry Journal Archive | Education, Farming, People