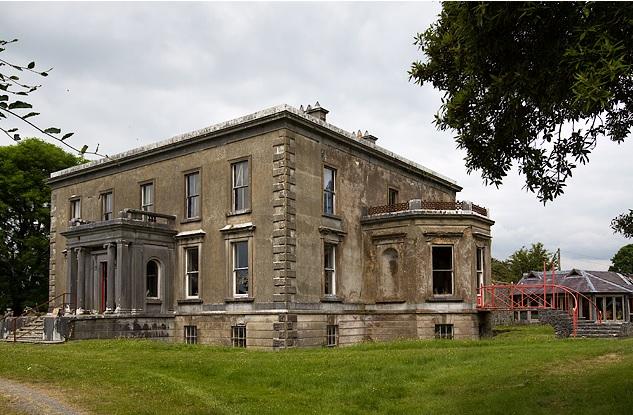 Edward Carson was born to Elizabeth Lambert of Castle-Ellen, Athenry in 1854. His father was a well-known Dublin Architect. Carson was a very important man in British politics and few others achieved such status. His sole aim was to protect the Union with Britain. The Home Rule Bill put on the Statute Book in 1914 saw the defeat of the Union for Carson. In 1928 Carson said that he admired Cosgrave for his building of the Free State but despised him for the ruthless way he treated the Republican ﬁghting companions of pre -Civil War years.

Edward Carson and Oscar Wilde were great pals as youngsters and spent many happy holidays together at Castle Ellen. The close friendship continued while students at Trinity until Wilde at twenty distinguished himself by winning a scholarship to Oxford. They parted ways and did not meet again for over twenty years, when they confronted each other at the famous Oscar Wilde Trial. Carson was then an eminent Barrister defending the Marquis of Queensbury. How strange the tricks of fate! Carson’s legal strategy and cross-examination succeeded in cracking Wilde’s evidence. The rest is History which makes a sad and tragic story.

The word “Athenry” had a golden ring for Carson. Known locally as Ned he spent much of his youth and student holidays at Castle Ellen and had a great relationship with the surrounding tenantry. Many a time he swung the hurley with the local lads. When Carson was at the Centre of power, many people from the district were known to have approached or written to him asking that he use his inﬂuence in various ways in their favour. At all times he went out of his way to help. A reference from Carson was the sure passport to success.

During his frequent and prolonged visits to Athenry in the early l880s Carson was known as a friendly, popular young man. He attended the fairs and markets for the “crack” and chatted and joked with the people in the pubs. I’ll never understand what a member of the great Lambert family had in common with the simple ordinary people of the time, only to conclude that Carson was a ‘humbug’ and a ‘bluff’.

In later years as Leader, Lawyer, Orator, and Politician he reached the pinnacle of fame. Indeed, in British history few others achieved such distinctions.

Let us now look at Carson’s inﬂuence on Irish History, especially during the second decade of this century. From the way he exercised his power and the events that followed, he must be seen as the most evil man of Irish affairs.

In 1914 Ned Carson, as Leader of the powerful Unionist Council, shipped arms from Europe, and in deﬁance of British law landed then at Lame. To add fuel to the ﬂame, he armed the Ulster Volunteers, 80,000 strong, and marched them through the province -“Europe’s ﬁrst fascist” (Greaves). Home Rule, he declared, was Rome Rule, and protestant Ulster must be saved. He threatened to risk the collapse of the whole body politic if the Home Rule Bill came into operation. As a result, Home Rule was shelved until after World War 1.

When the war was over the Irish troubles blew up again with greater force – the worst was to come. On the 12th of July 1920, Sir Edward Carson, then a Cabinet Minister and 1st Lord the Admiralty addressed a mass Unionist rally, l00,000 strong, with a speech of ﬁery incitement. As the mob shouted, “To Hell with Home Rulers” Carson retorted, “I am sick of words, action we now need”. Action of inconceivable horror followed. On the 20th of July the Carsonite mobs invaded the Catholic quarters of Derry and Belfast. – The Belfast Riots 1920

By the free democratic vote of the British Parliament, Home Rule was ours (1914). The goal of all great Irishmen had been achieved, but Carson and his gang turned back the hands of history. It was lreland’s darkest hour. The power of Carson was so great as to prevent the British Army from moving against Ulster and enforce the Home Rule Act. General Sir Henry Wilson, Head of the War Office, and a die-hard Unionist, Gough at the Curragh and Commander Paget were all part of Carson’s game (Wilson was later shot dead by the I.R.A. In London). A United Ireland, within the framework of the Home Rule Act was signed sealed and on the Statute Book, but Carson succeeded in tearing to shreds an Act of the British parliament – an Act signed by the King of the then British Empire. It is all above and beyond me – unbelievable but true.

This half Athenry man (Carson) left us the legacy of partition with all the strife, deaths, suffering, hatred and bigotry that followed. The message from history is loud and clear, that the people of this parish can never boast of their claim to Carson, nor his kith or kin.

When Ireland got Home Rule, tar-barrels blazed from the tops of the Ball Alley, Old Court and the towers. I heard them say, that many of the peelers (RIC) lined up outside the Old Barrack. They stood to attention and saluted as the band and crowd marched past singing, “A Nation once again”. They believed they were saluting the future National Anthem and that all their troubles with nationalists were at an end. 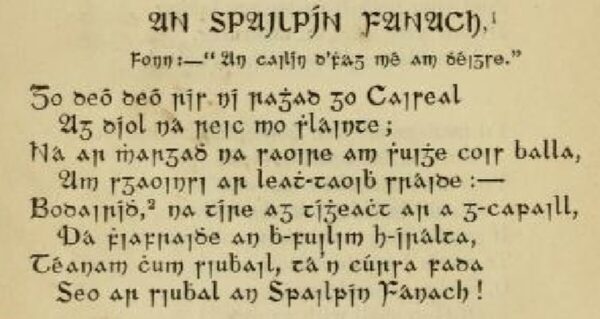 I was speaking to some people in their thirties recently and I was ver… by Eugene Duggan
Athenry Journal Archive | Education, Farming, History, People