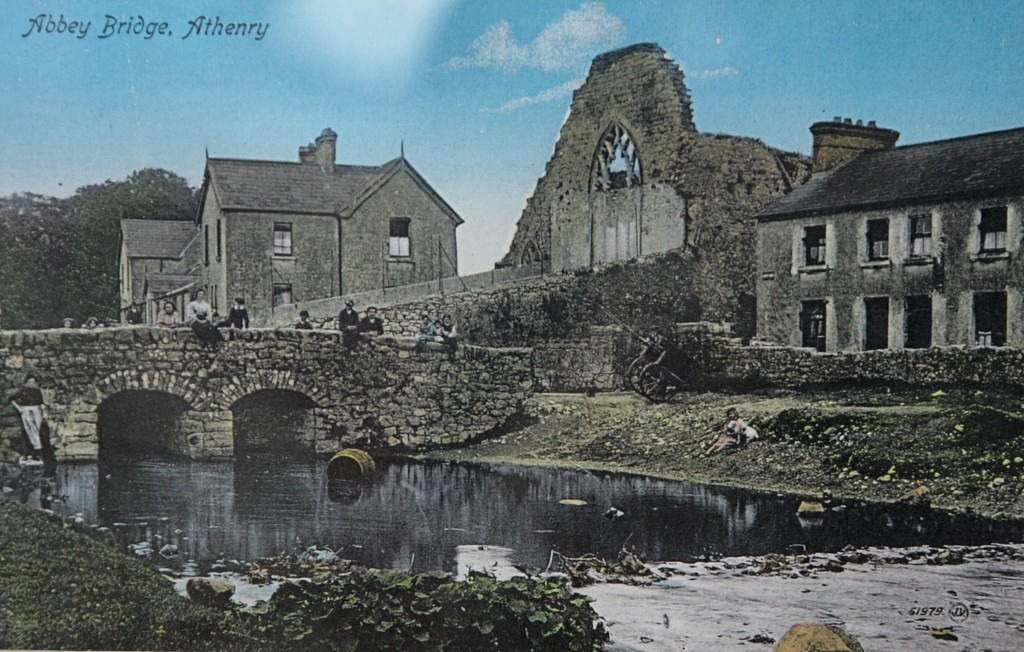 Abbey Row was occupied by the Cromwellian Soldiers in 1650-51. They were billeted in a three-storey structure, formerly part of the Dominican Priory living quarters. Their school, college and other buildings extended to the ﬁeld below and at the back of Abbey Row.

The Commander of the Army in Ireland was General John Lambert. He led many campaigns in England and Scotland before being posted to Ireland. The Lamberts claimed to be direct descendants of General John. Shortly afterwards they settled here, as did many other Landlords (Cromwellian Planters).

The Barracks were later occupied by various regiments – 37th Regt. of Foot; 30th South Regt.; 7th Battalion and the 57th Regt. of Foot who were the last to leave Abbey Row in 1819 when the Police Militia moved in and remained until the R.I.C. was established. This force occupied the new barracks at Cross St. about 1850 (now F.C.A. headquarters).

The barracks at Abbey Row became vacant but soon squatters took over as housing conditions in the town were the lowest of the low. Many tales were told about some of the squatters keeping pigs upstairs. After some years the squatters were evicted but soon returned, till ﬁnally the barracks were demolished and on the site Abbey Row was built and completed about 1892.

They were the ﬁrst prestigious group of houses in Athenry. The reasons were: (1) They were stone-made and slated; (2) They had long gardens and out-ofﬁces; (3) They had dry closets opening into deep walled pits where all excrement could be burned with lime.

Many members of the R.I.C. lived at Abbey Row. They were, starting at No.8: – Inspector Pathe, Sergt. Murtagh, Sergt. Taheny, Sergt. Craven, Constable Wynne. When Inspector Pathe was transferred, Constable Lyons moved in, and they remained in that order until 1922.

The weekly rent of Abbey Row Houses in 1892 was 3/6d. a week (to-day’s money 17p). Rent Collector was Malcolm Goss. The late Richard Murtagh M.A.B.L. was born and raised at Abbey Row. He was ordained a Jesuit priest at the age of 70. Donal Taheny M.A., the well known historian ,was born at No.6. John, his brother, who later entered the Dominicans and became a famous historian and writer of the order, also lived there. The ﬁrst tenants to Abbey Row were Cannons, Egans, Clerys and Murtaghs.

Decades before Abbey Row was built (1850 or thereabouts) all the parish came to see the Misses Hennelly’s house at Clarke St. (now Muriel Nolan’s). This wonderful new house was the talk of the seven parishes. The Hennellys were formerly gentlemen farmers of Boyhill area and had a brother a parish priest — Canon Hennelly, Ballinrobe. That placed them in the highest rank.

At that time, and indeed a hundred years on, the status of a family was determined in the following order: (1) A priest in the family – this put them sky-high -, (2) A pump in the yard, (3) A bull in the paddock. Times have changed. Farmers’ sons no longer queue for admission to the seminaries. Every farmer has a bull running with his herd of cows and, to crown it all, the motor-car bull is on call to bestow a special breed on the calf.

Every house in town and country has hot and cold water on tap in at least two rooms and very often in every room. Status is now judged by wealth and education and no need to state that political power is the key to all.

Helen Tully, has a lovely article on Aggie and Abbey Row  in Athenry Parish Heritage site.

Editor’s note: The featured photo, from the Valentine Collection shows from right the Old Boy’s School with the teachers’ residences at both ends, the Priory (Abbey) with the Ball Alley in front and on the left, Abbey Row, with Aggie Qualter’s house at No 1, built on the site of the Cloister of the Priory and the former Military Barracks.

The Valentine Collection, in The National Library of Ireland, comprises 3,000 negatives from the period 1900-1960. It is catalogued by county, for the 26 counties of the Republic of Ireland. The topographical images were generated for the postcard trade particularly in the years between 1929 and the 1950s. 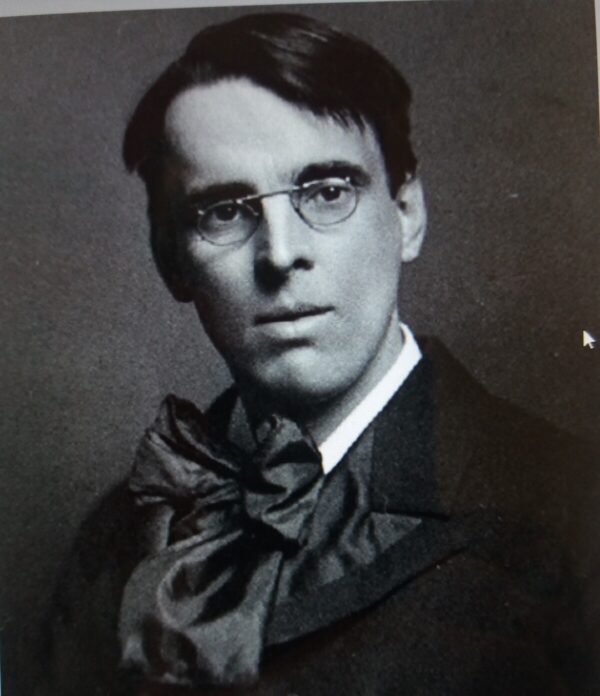 I have met them at close of day Coming with vivid faces From counter o… by William Butler Yeats and Finbarr O'Regan
Easter Rising Archive | Education, Folklore, History, People, Politics