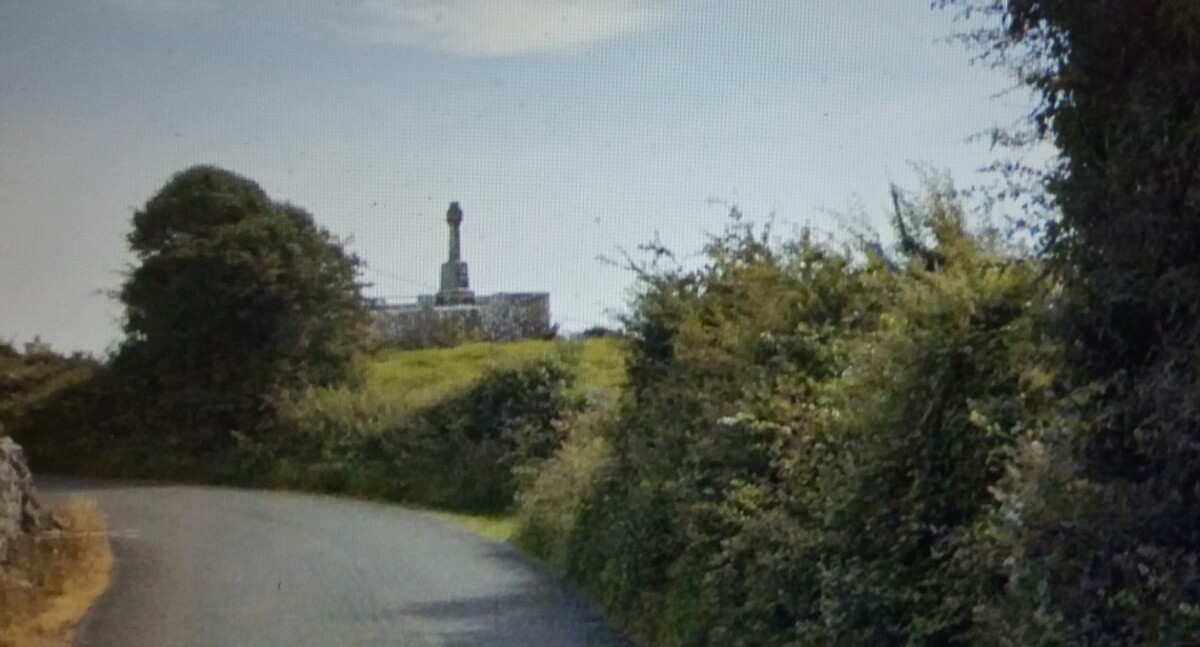 One of the last public executions in the county was carried out on Seaﬁn Hill, about seven miles from Athenry on 8th April, 1820. The victim was Anthony Daly of Kilrickle, found guilty of shooting at the Landlord, Burke of St. Clerans, with the intent to kill. It was said that Daly was innocent, and that the case against him was a frame-up.

He was a captain of the White-Boys – a subversive organisation engaged in guerrilla tactics against the landlords. On his way  from Galway Jail to Seaﬁn, Daly sat on his own cofﬁn, and along the way is said to have stood a drink on the hangman. The

Before the execution the Commanding Officer read a crown declaration, stating that Daly would be reprieved, if he gave them the names of the Whiteboys guilty of the crimes against the Landlords. A female voice was heard from the crowd – “Anthony, you were a born a Daly, now let the world see you’ll die like one”. It was said, that those words of encouragement came from his mother.

When about to be blindfolded Daly kicked the hangman with terriﬁc force. When his body was removed from the scaffold, the hangman, in temper and revenge, savagely kicked his head several times.

Daly’s wife was expecting a child the following August and a son was born. Perhaps it was he (there were two others) who later made a career for himself in the English police. It was said that his ﬁne physique attracted the attention of a local landlord, who encouraged him to join, and used his inﬂuence to help advance his prospects. In all charity it is hard to blame him for his decision. The success of O’Connell’s constitutional tactics had eroded support for Whiteboy activities, and it was not until the Great Famine that a physical force movement, the Young Irelanders, again emerged. Also, he may have felt, that his family had suffered enough in the struggle against landlordism and that he should carve out his own destiny.

On a beautiful July evening in 1984 I visited Seafin and mounted the steps to view the imposing Celtic Cross that now marks the spot. A verse of poetry by Raftery is inscribed on the base. It was unveiled about twenty ﬁve years ago, and a wonderful oration was delivered by Rev. John Fahy of Closetoken. Thank God that Ireland remembered and honoured Daly even if it had taken 140 years to do so. He gave his life for the down-trodden people of Ireland and was no less a martyr than the greatest of his time.

Before leaving that sacred place I offered a prayer for the soul of that great and valiant man.

Anthony Daly is buried in his native Kilrickle; a ﬁne monument marks his grave with the following inscription:

Under this speaking slate

Who went to meet his God with love and free will

On the eighth of April on Seafin Hill.

This great country well may know,

He left his friends in grief and woe

His wife and parents and loving children,

Tom, John and Denis in the utmost grief for him,

Let us pray incessant without control

The Lord have Mercy on his soul. I

Alas my grief there go tell,

They are both beneath this Marble Slate.

This stone was erected by John Daly

In memory of his son Hugh Daly

I do not know the circumstances of Hugh Daly’s death at Dunsandle.

Whiteboys had planned to free Daly by ambushing the soldiers who were bringing him to the gallows, but the Authorities were informed, and travelled by a different route.

At his trial Daly swore, “If I shot at Burke, he would not live to tell the tale”. He was one of the best shots in the land. If three Landlords had signed a petition, Daly would not have hanged. Two were willing to sign, but Denis Daly of Dunsandle refused. Raftery, the poet, cursed Daly of Dunsandle for causing the death of this good man.  “May his seed and breed be banished from Dunsandle forever”.

Featured Photo: Seefin, near Craughwell, where Anthony Daly was hanged! 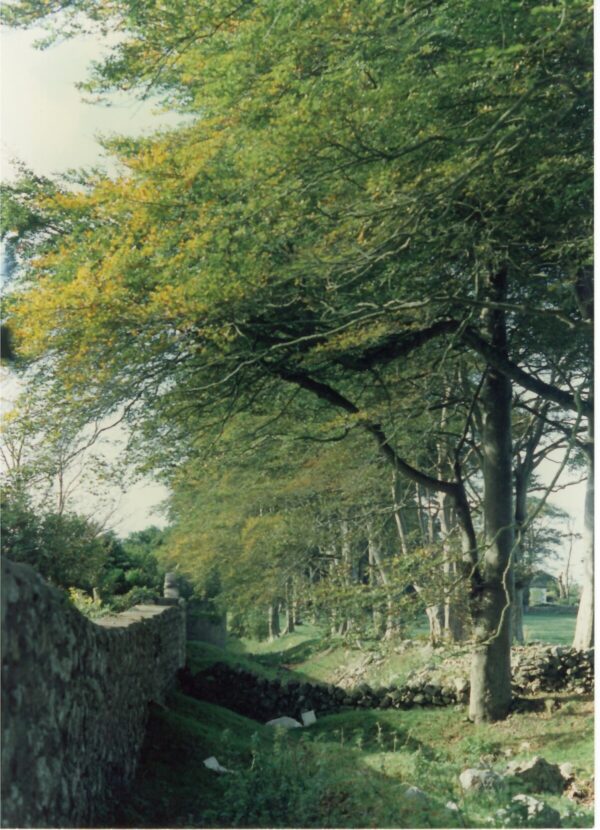 In this article people have sent in snippets of information about vari… by Various Authors
Athenry Journal Archive | Archaeology, Education, Farming, History