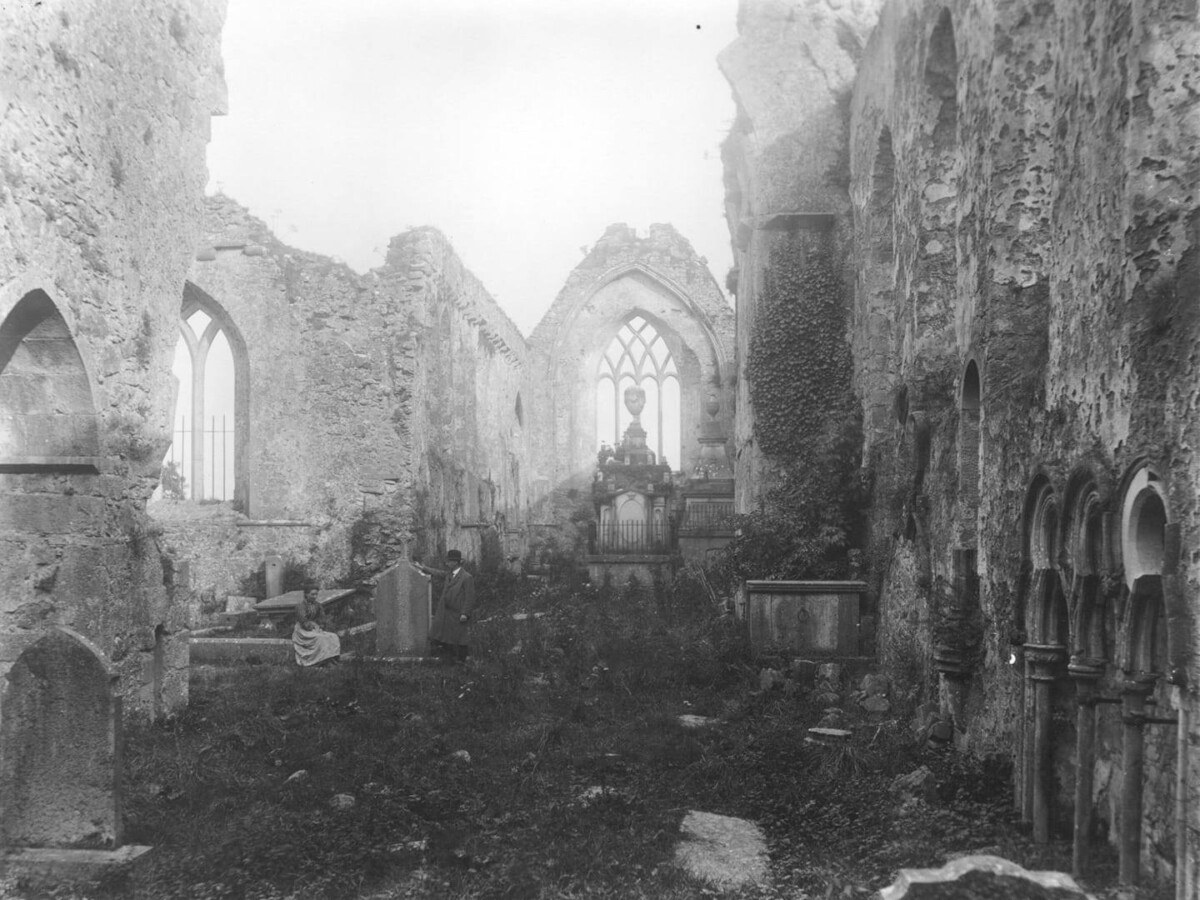 The ﬁrst Dominican Priory in Connaught was established about 1241. Myler De Bermingham, First Lord and Keeper of the Barony who invited the Dominicans to the town insured them a good start. He generously gave them 1,500 acres of land as well as abundant tithes. The Abbey ﬂourished for almost three centuries, to become a great centre of Education, and in time attained University status.

The Dominicans were a preaching order, but their aim was also to improve the living standards of the people and they dedicated their lives to this cause. While in Athenry they taught many kinds of crafts – weaving spinning, wool-making and woodwork.

The Religious Split, caused a great upheaval and brought about the suppression of the monasteries. The Abbey lands were conﬁscated, and handed over to the Mayor and Corporation in 1574. The friars left returning now and then in times of peace. Finally, the threat became too great for them, and the majority of the Friars went abroad. So ended the reign of the Dominicans in Athenry. A small number of the Friars remained, hiding in the woods around Esker, and in 1662 they established a famous school on the lands of Clanrickarde. Students numbering 300 came from many parts to be educated there. Many professional men, as well as Dominicans emerged from this school, but misfortune again was to overtake them. At the end of the seventeenth century, after the Battle of Aughrim, the Irish Parliament decreed that all Friars be banished from Ireland. This resulted in the closure of the school. A few of the Friars again went into hiding. Penal Laws were at their worst, but when times became quieter, they rented a piece of land from Denis Daly of Carnakelly, on which they built a rough cabin. Eventually, some of the monks returned, and with the help of the people built a strong structured house, improving it in time.

They went from strength and succeeded in laying the solid foundation of a new home at Esker. The Dominicans continued the good work dedicating their lives to the poor; all their motivation and endeavour was directed to the education and advancement of the young. One Father Smith comes over as an extraordinary man. In 1837 he founded a school to accommodate 600 children. Many of them were fed and clothed. The school taught trades, agriculture and other subjects. He also opened a private school for 120 children and a Sunday school. One of Fr. Smyth’s schools in the l840s became the Esker National School.

Esker was a house of great charity. No one was turned from the door empty-handed. Many a starving person and indeed families were kept alive from the hand-outs received there during the Famine years. 1893 saw the end of Dominican Esker, which began at Athenry in 1241.

The beginning of the century brought the dawn of a new era – Redemptorist Esker. (Source – The History of the Dominicans by Rev. Patrick O ’Donnell).

1768 – Dominicans at Esker numbered l2 priests. Later it was visited by the poet Raftery, who wrote a poem in Irish praising the hospitality he received there. Irish was then the language of the people.

The ruins of the Abbey are visited by many tourists each year, very interested in the History of the Dominicans, and the architecture of the time. They see a great past through the ruins.

Dominicans turned out powerful Church leaders. One was a de Bermingham, who became Archbishop of Tuam in 1289 and died in 1312. He was Rector of the parish of Athenry. His body is entombed in the walls of the Abbey. He was made Archbishop when a Deacon and ordained the following year. This brings home to us the power held by these people in Church and State.

Florence O’Flynn another Dominican became Archbishop of Tuam in 1250.

Thomas De Burgh entered the Dominicans 1226, was appointed Historian of the Order and created Bishop of Ossary in 1259 – died at Kilkenny 1276.

Brownes presented the famous Abbey window – facing north. They then lived in Coolarne. A powerful family in town and county; vast land owners. United in marriage with the famous Lynch family. 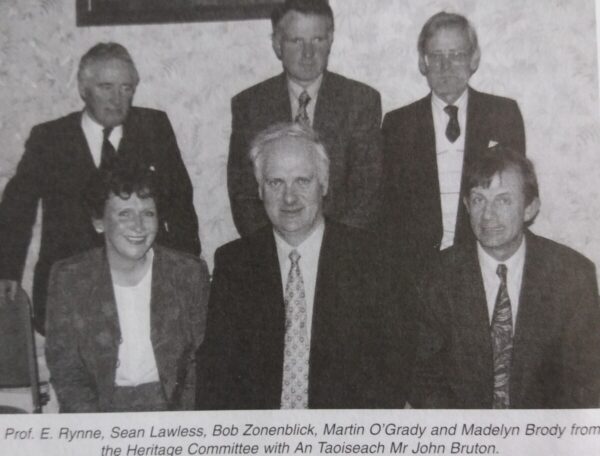