A Knight of the Roads

Bucky Hynes – A man of the roads – ranks as one of the great folk-ﬁgures of Athenry and surrounding parishes. Standing six-foot-three in height and of slim build, he earned the nick-name “Bucky”, because he was a man of remarkable agility, as fleet-footed as a buck-deer, and in leaps and bounds could clear the most daunting obstacles. His running stride was phenomenal and, as I shall relate, he achieved a unique distinction among the runners of his time.

Bucky was a man of exceptional intelligence and wit, and when on his local rounds stayed in the house of a very educated man named Sheridan, who lived somewhere near PollnaBannie. It was said, by well-informed people, that Bucky Hynes had a heritage that many might envy. He was also a man, who held strong religious beliefs, and on one occasion spat on the soup offered to him by a member of the gentry because the day was Friday. He said openly that the lady had insulted him, and made little of his Catholic upbringing.

On several occasions Bucky boasted in public that he could beat the Galway hounds in a long distance run and was ﬁnally taken up on the bet of ﬁve pounds. He did not renege. In those years, as you can well imagine, the followers of the pack had little respect for a tramp, and set small worth on his life.

A dead fox was dragged on the track, and needless to say, Bucky was given a good dose of the same treatment. The day and time had come, excitement ran high, the race was on. All went well until he reached the boundary of Oranmore village, where he heard the savage pack not far behind. Bucky was a quick thinker, and acted with speed. He spotted a tree with an outstretched arm, but above his reach. With a run and high leap he grasped the branch, got his foot on a small projection on the trunk, and succeeded in pulling himself to safety. Within seconds, the blood-thirsty howling pack surrounded him, but Bucky was safe. He had won the day.

Almost eighty years have come and gone since a “man of the roads” made history. He placed his life against a ﬁve pound wager, and beat the Galway Blazers in a race from Craughwell to Oranmore. Small wonder that the name “Bucky Hynes” lives on, and is forever enshrined in the annals of local Folklore.

Bucky was given a head-start, but all my enquiries have failed to ﬁnd out the distance.

I heard it said that in 1915, Bucky Hynes cleared the Mill River in a long jump! The bet was ﬁve shillings. 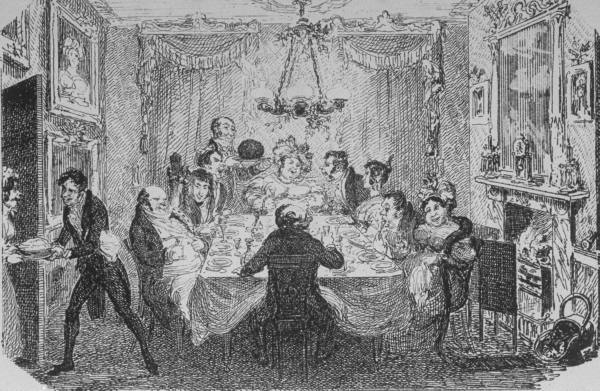 Jottings of my Life in Tyrone, Ireland – Christmas Time

Christmas Time How beautiful the winter was when all the woods were co… by Elizabeth La Hiff Lambert
General History Archive | Education, History, Holidays, People