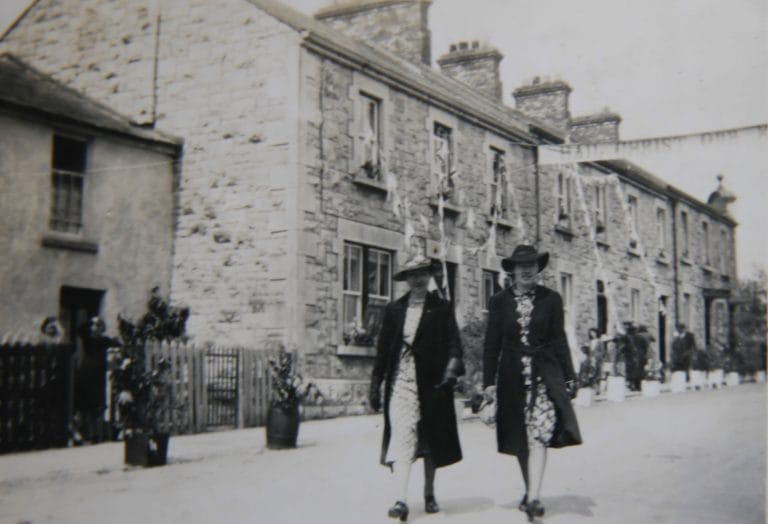 The six stone-faced houses were built in 1902 by Lambert (landlord) on what was then waste ground. They had all the modem amenities of the time, long gardens, out-ofﬁces, and a right-of-way. The houses in lower Cross St. are said to be very old. Nearly all the houses from Western Hotel to Fox’s Lane were occupied by the R.I.C. Sergt. Condron, Const. Gibbons, Sergt. Kells, Sergt. McGlade, Sergt. Minchen, Const. Curran; Const. McLouglin, Davis (son of the infamous landlord) lived in Jo Sweeney’s house. Corleys lived there as long as I can remember. Healys, on the opposite side was occupied by Sergt. Lynch R.I.C. In the last century the post ofﬁce was at Paddy Ryan’s house. Mrs. Rushe was post-mistress. Tom Hynes lived at Cross Street in 1850.

James Kelly’s Forge was at the back of 44 Cross Street. Probably this became Pat Quinn’s Forge later (grandfather of Christy Flynn). One of Schoolmaster O’Brien’s prophesies was that Martin Luther would one day be made a saint of the Catholic Church. He also foretold that Athenry and Galway would be linked by houses. This has almost become a reality. When Luther is canonised, I hope the town will commemorate and raise a ﬂag for O’Brien at McDonnell’s Lane.

Athenry Town house was built by John Lopdell between 1822 and 1830. It was then known as “River View”. Lopdell must be given credit for landscaping the place with its lovely lawns and tree-belts – the copper-beech is the crowning glory.

The estate is completely surrounded by Athenry’s medieval walls and towers, giving the scene a unique historical setting. In 1865, the river Clarin with its lovely roman-arched bridge, was brought through the estate – lending added charm – to make it one of the most beautiful surrounds in Athenry. It was then renamed “River-Vale”. 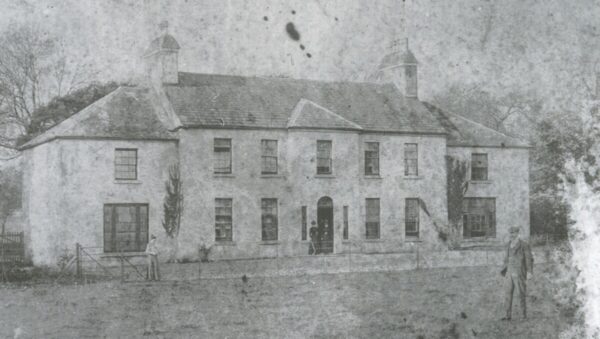 By 1870, Lopdell had moved to Raheen House, selling “River Vale” to Dr. Leonard, who again changed the name to “Town House”.

Dr. Leonard died there in 1893, leaving an invalid wife, and a raised family of one son and four daughters. With no family income they survived to the end. The eldest, Miss Mary was a trained nurse who served in the Florence Nightingale Hospital, London. She was then appointed private nurse to the King of Spain, who succeeded to the throne the day he was born – or so they said. The other ladies, Barbara, Jenny and Henny, with two part-time helpers, ran the house, farm, dairy and orchard.

We called the son Dr. Staff, but he was not a qualiﬁed doctor, always on the “batter” when sitting his ﬁnals, and never got his letters. Through studying his famous father’s notes, he had a cure for all ills. His cure for itch, and Impetigo – something the doctors of the time were unable to treat, never failed, and was known far and wide. It was a made-up herbal ointment taken from his father’s book. Dr. Staff never visited patients; they came to him. He earned his fees, and then set off to the Athenry Hotel to drink all.

The Leonards were devout Catholics, and though of the gentry by birth, they were also of the people, and gave them a free run to the lawn on both sides of the river to enjoy themselves reading and ﬁshing.

As a child I was spellbound by the gentry. They transported me into a make-believe world. I trailed them everywhere – to the church, the Hunt meets, and the Town House. Wherever they were I was sure to be. Watching them was like seeing a fairy-tale come true. I remember two big tennis tournaments at Town House during World War I, both within a few weeks.

Judging from the crowd that attended, they may well have been the County Championships. I’ll never know. The gentry came from all over – in landaus, carriages, and bell-ringing pony traps. The Lopdells, Roes, Halls and Concannons came on bicycles (bikes were status symbols in those years).

How I enjoyed watching them from the opposite side of the courts. The ladies wore large sun-hats. The maids, on loan, from Rockﬁeld House, looked immaculate in their black frocks, lace collar, cuffs, and aprons, as they served tea in the lawn. The spectators were a sight to behold – beautiful, ﬂowing dresses of every make and colour – all to their ankles. For ladies it was then an offence against modesty to show more than their ankles. In their lovely plumed hats, and sporting their gay parasols, and coloured fans they all looked gorgeous. The style, grandeur and glitter are better imagined than described.

Although, I brought “the full of my eye” with me and cart still see it all, yet, I am unable to put the full picture in words. To make a long story short, these memorable scenes brought my young dream to fulﬁlment. I saw the gentry at their mighty best.

I can still see the Town House as I saw it from the Abbey Row wall seventy ﬁve years ago. In memory‘s eye, it stands out as vividly as last night’s dream. Even at such a tender age, I heard the stories of the great and famous Doctor Leonard. People were then marvellous story-tellers and children were always eager to listen.

During our growing-up years, and well into our teens, we ran down the river bank, a merry band of boys and girls, over the bridge and in. It was there we played rounders, had our swings and picnics. In the lawn we gathered the ﬁrst snowdrops and daffodils, and with the burst of summer the primroses, bluebells, and forget-me-nots. From the lawn we heard the ﬁrst call of the cuckoo and tirelessly followed her voice trying to sight her but never succeeding. In the adjoining meadow we searched in vain for the corncrakes – their never-ceasing crakes echoing day and night – sounds nowlong silent.

For me, the Town House, and Leonard ’s lawn, more than any other place – hold dear those precious, treasured memories of “That Sunny Long Ago”. 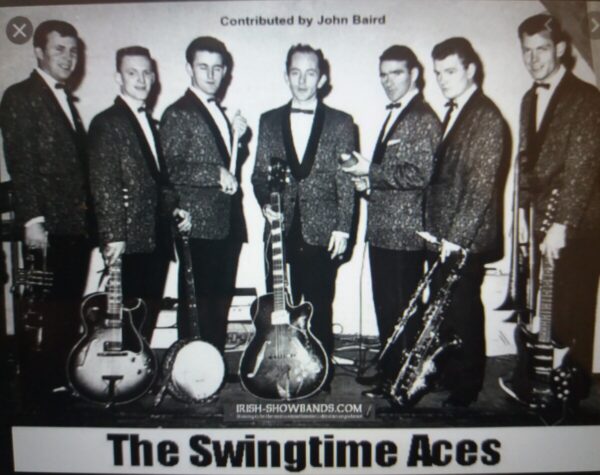