We are hearing a lot about diversification and alternative enterprises in agriculture today. To a lot of people this appears to be something that is happening miles away from us and is for other people. We may be sceptical about the ability of these alternatives to provide a living or make a substantial contribution to a farmer’s income.

In this article we will look at three successful enterprises in this parish.

Peter Kelly in Castlelambert was first on my list and proved to be a very interesting story. Peter studied horticulture in Warrinstown College in Co. Meath from 1987 – 1990. When he finished the course he spent another three years working fulltime in the college.

In October 1993 Peter decided to come home. He started working with Martin Joe Keane and was producing some small quantities of vegetables himself. All was going well until he got a stroke in the spring of ‘94. This proved to be a turning point.

Peter had lost power in one side but while recovering he was anxious to get on with some work. Encouraged by his father Tommy, he decided to go into the vegetable business. He also received great encouragement from his neighbours and Martin Joe Keane.

Unable to do the physical work he concentrated on organisation, employing workers for the different tasks and going out in search of markets. He found there was a market for fresh and quality produce.
When he started up he did not have to make a major investment. His father Tommy, a well known farmer, had a lot of basic machinery like tractors, plough, rotavator, harrow, etc. Peter, through his knowledge of the business, was able to pick up some more second-hand and even had a machine for washing turnips made locally.

He expanded gradually. In his second year he had six acres and intends to extend to ten or twelve acres. He believes you must produce large quantities for sale as the profit margin is not great due largely to competition. His main markets are in Galway, Keane’s Garden Centre, Glynns in Lydican and the Claddagh Fruit and Mineral Company. He also supplies smaller quantities locally to Vincent Kelly and Barney Carroll.

Peter says this is a business where you can make a living but he urges caution. It is labour intensive and you are often required to work irregular hours, having to be in Galway at 6 a.m. or on Sundays.
Service he feels is also very important. He has a telephone with him so even while in the fields he can take an order and deliver. If you fail to supply a customer somebody else will.

Turnips, cabbages and cauliflowers are the products he specialises in because these have to be got to market while fresh. Within a couple of hours Peter can cut and deliver 1,000 heads of cabbage. Peter believes production of potatoes and carrots is not worthwhile, he has seen these produced on a massive scale in the East and Midlands on better soil. It is capital intensive and these products can be transported over distance in bulk without fear of perishing. This is not the case with cabbages and cauliflowers so closeness to the market is a big advantage.

In summary Peter believes you must have large volumes, good quality and graded produce at the right price. You must also be a salesman and be willing to deliver whenever required. Anyone thinking of going into this business must have a well thought out plan and be willing to work irregular hours.

For my second enterprise I decided to stay on the subject of horticulture. I called at Cáit Curran, also in Castlelambert.
Cáit came to Athenry four years ago. A native of Tipperary with an agricultural background, herself and Bruno bought Dunleavy’s house. Her interest in agriculture led her to take a nine month course in organic horticulture in Galway.

On completion of the course she started with a small one acre garden. She produced a limited range of vegetables using organic methods. As she progressed she increased the range of vegetables, now producing approximately 30 different types including cabbages, potatoes, carrots, beans, pumpkins, strawberries, spring onions, squashes, courgettes and aubergines. The pumpkins this year proved to be a bumper crop and they sold very well. She has also expanded the area cultivated to three and a half acres.

Cáit  also erected three tunnels. This has enabled her to produce peppers, tomatoes, cucumbers and also ordinary vegetables out of season. A glasshouse with a sandbed, heated by electricity, allows her to sow seeds and have the plants ready to go out early in the season.

Cáit believes there is a very good market for organic produce. She finds local interest in organic food growing and quite a number of local people call to her to buy vegetables. Fahy’s Centra, John Joe Brady’s and Vincent Kelly are just some of her customers in Athenry. Cáit also supplies Roches Stores, Silke’s Deli and many other restaurants in Galway. About 70% of the produce is sold in the Galway Market, near St. Nicholas’ church, on Saturday mornings.

In the garden itself most vegetables are grown in seed beds – she uses a four year crop rotation cycle and this ensures fewer disease problems. Farmyard manure is used as a fertiliser after being allowed to decompose and silage plastic is put on ridge tops to control weeds. Untreated seeds are bought from companies in England,(up to £50O a year may be spent on seeds alone). Natural predators like spiders and wasps are used for pest control. A wasp called Encarsia is used to control greenfly while her own home produced nettle juice is used as a spray. Netting over seedbeds is also a defence against green and white fly. In short, organic farming is based on having a balanced eco system.

This is a labour intensive industry. Cáit does most of the work herself and this year has bought a tractor and rotavator.

She believes she has reached the stage where further expansion would require extra help. A few sheep are kept for themselves and next year she hopes to have some chickens.

Cáit estimated that around £5,000 would see you started; tunnels would be extra at about £2,500 each. Cáit believes this market is a growing market which is already under supplied. Courses are available for interested people. It appears that this enterprise is within the scope of farmers in this parish with a little land to spare or a family member willing to work. Start-up costs are not high, particularly for those who already have basic farm machinery.

My final visit was to the Newcastle side of the parish to a man who is well known nationally for his involvement with Galway hurling both in the past as manager and presently as selector, Jarlath Cloonan. Jarlath became aware of the opportunity in forestry through Sean McGovern and Michael Fogarty. He explored this further and got in contact with Mike Davoren in the Coillte office in Galway.

He found forestry would suit his situation. Because he was busy with his business he did not have a lot of time on hand.

You had an option with forestry: you could manage the operation yourself, do the fencing, draining, planting etc. and receive the grants or you could hand the operation over to Coillte. Jarlath found the latter suited him best. This method had a number of advantages. Firstly; it would save him time and labour, secondly, it made more sense financially when compared to farming or marginal land. You were ensured a set income, index linked for a specific number of years.

He gave a lot of his marginal land over to conifers but due to his interest in hurling he also gave some better land over to ash – this was the subject of a recent programme “Ear to the Ground”. Jarlath believes there is a lot of land in the parish suitable for forestry. Coillte are willing to take almost any size plot, so this could suit farmers with a piece of poorer land.

After 30 years the trees are mature and felled, the deal is then complete. The big advantage of the scheme is that you always own the land. Profits are tax free and payments average around £l00 per acre per year depending on the land.
Jarlath is satisfied with this arrangement and believes it is a viable proposition that should be considered.

These are not the only alternative enterprises in the parish. There are many more established and starting, for example: Tom Divilly – Mushrooms, Jackie Feeney -deer, and Billy Heneghan’s glasshouses.

In other areas people have looked for other sources of extra income. A farmer in County Tipperary has a guest house with one big attraction, a nature walk for guests as he does his herding and foddering. On a recent walk organised in Newcastle during August over 30 people turned up. Why not use these opportunities in this parish for something similar?

I would like to finish off this article by thanking Peter Kelly, Cáit Curran and Jarlath Cloonan for their time and hospitality. We hope that it will highlight the successes in this parish and encourage farmers and family members to explore the possibility of alternative incomes for themselves and secure their futures. 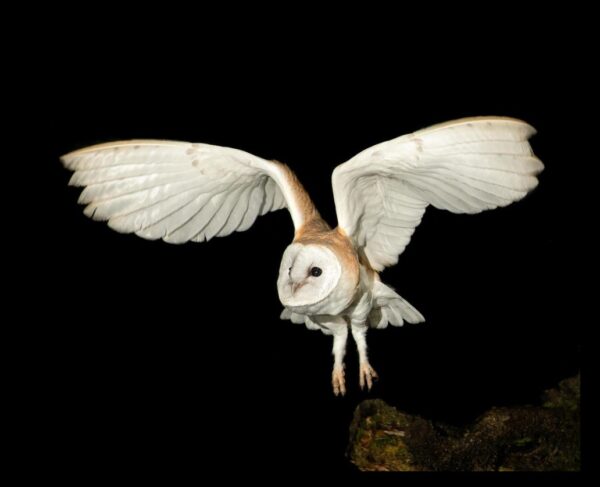 Wildlife in Athenry the Barn Owl