The concept of Credit Union came to Ireland from Germany in the late 1950s.  The first Credit Union was established in 1958.

The first Office, a room in the Canton Hall, was given free of charge by the Canton Hall Committee.
The total savings on opening day was £9.  The seeds of Credit Union were sown on that day and have been nurtured by very active and innovative Boards of Directors and Staff over the past 29 years.  Today Athenry Credit Union has assets of almost £8 Million. 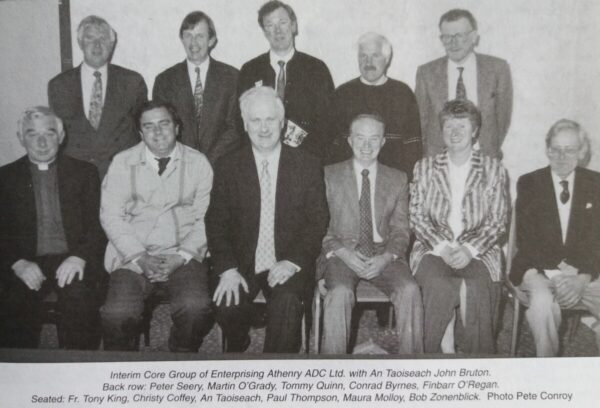