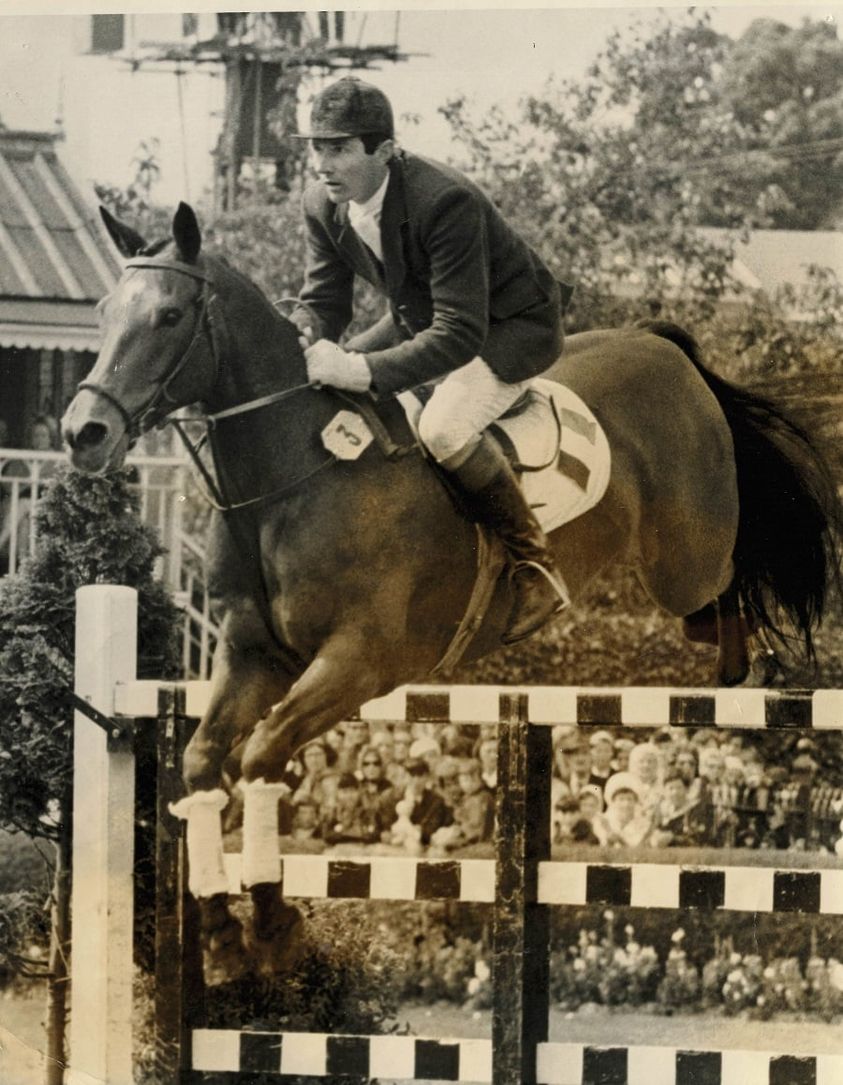 The thirty-third Annual Athenry Gymkhana took place this year on Sunday, 11th. June.  In recent years the number of horses and ponies competing has increased dramatically.  Owners and trainers are given the opportunity to test the skill and stamina of their horses and discover if they have national or international potential.

The Gymkhana for a number of years has fallen on the Sunday before The Community Show.  This gives the competitors the last chance to school their horses for the weekend ahead.  This year seventy Grade E horses competed in one competition alone.  Thirty of these qualified to go to Millstreet International Horse Show in August, where they may be sold to go on to compete in other countries and show the best qualities of The Irish Horse.  Forty horses competed in an Amateur Riders Qualifier for the R.D.S. Eight of those qualified to jump in Dublin in August.  One hundred and three ponies jumped in the five pony competitions.  This augers well for the future of Irish show jumping, seeing so many talented children coming though the pony ranks.  The Lead Rein and Dog Show are two other big attractions on Gymkhana Day.

The first Gymkhana was held in The Fairgreen (now Byrne-Mech) under much different circumstances than we have today.  In 1963 a small group of people got together in the Old Boys’ school in Abbey Row to discuss the possibility of starting a Gymkhana.  Amongst the first committee members were Vincent Finn, Chairman, Jack Rabbitte, Jack Molloy, Mrs Pickersgill and her daughter Diane, Josie Finn, Arm and Barbara Blythe, Bridie Finn, Jim Keane, Tommy Keane, Finbarr O’Regan who was the first secretary, Frank Brody and Colm O’Regan.

It was agreed at the meeting to start a fund to buy equipment. Each person present contributed 10/- (ten shillings) to purchase the raw materials for a set of show jumping fences; one hundred pounds was won in the Prize Bonds and that was a good omen. Uprights were cut in the Mill and supported on tyres filled with concrete. Poles were acquired from the woods, in Carnakelly and Clarinbridge by kind permission of the forestry.

A door to door collection was held and ten pound and fifteen shillings was contributed by the local people to provide prize money. At the first Gymkhana there were three pony and three horse competitions with the ponies jumping first and the fences being raised for the horse competition. The judge for the day was Mr Mark Scully from Gort.  The course was designed by Mr Jim Keane and Mr Vincent Finn, both of whom are still closely involved with the Gymkhana. On day help was generously given by local people from Athenry and surrounding areas.  The annual social in the Sacre Couer was a great event.

In the preceding years new people, too numerous to mention, have joined the  original committee.  Equipment and prize – money have improved down through the years.  Now we have a Pony arena and.  Horse Arena with jumping starting in both at 11am.

The final touches were made to the show grounds late on Saturday night… by Mary Doherty
Athenry Journal Archive | Education, Farming, People, Sport