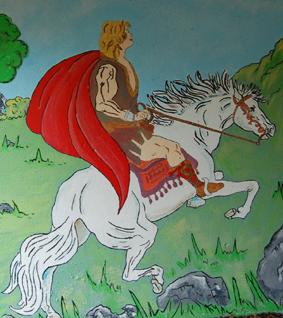 Athenry is associated  with the Ancient Legends, Mythology and Folklore of Ireland! Most people will associate the town of Athenry with the Norman invasion when they built a tower house / castle on the river ford about 750 years ago. They built a curtain wall around the castle and later built the wall of Athenry along the existing ramparts encompassing one of the biggest areas within a medieval town in Ireland. The medieval history of the town and its area are well documented but the pre Norman history is sadly neglected. Certainly we know when the walls of the town were built but do we know for certain when the ramparts encircling such a huge area were formed. They are probably as old as many of the ring forts in the area and are large enough to have been the site of ancient games such as Aonach Tailtean. Athenry is more than a Norman Town and these embankments should not be ignored.  We have to revert to the folklore of the area to find the clues which eventually may lead us in the right direction.

Did you know that the stories of ancient Irish mythology are interwoven intricately with Athenry and its area and that the names Lúgh the Sun God and God of Lúnasa, Mannanan Mac Lir the God of the Sea, Queen Meadhbh and Fionn Mac Cumhail and the Fianna are associated very much with Athenry. Within 5 miles of Athenry we have the dwelling places and burial places and battle grounds of many of these mythical figures.

A study of our townlands give us Loobroe – the Brúgha or otherworld resting place of Lúgh the Sun God.  Lúgh’s mother Ethliú gives her name to Sidhe n’Ethlenn or Saint Ellens / Castle Ellen as it is now named.  The hill from which Carnaun gets its name was once a “cairn” grave but before that it was the “Cloghar” or palace (not a convent as named on the maps) of a noble man called Goll MacMórna – a leader of the Fianna. Later the  Anglo Normans built a small castle on the site. The land around this ancient site and across the road is marked with the remnants of ancient dwellings and field systems yet to be studied and identified. The next townland to Carnaun is Tobar na bhFiann or the Well of the Fianna and with a number of fullachta fia (ancient cooking places) in different places around the area it can be assumed that members of the Fianna visited, stayed or passed through the area from time to time. Goll Mac Mórna’s brother was Conán Mac Mórna (Conán Maol Mallachtach –bald and foulmouthed – now known as Conan the Barbarian on TV), Caoilte Mac Ronán the fastest of the Fianna, Oisín, a poet and son of Fionn and Oscar the strong man and Fionn’s grandson …and many more ….

Just to the north of Carnaun is the east west facing hill of Cnoc a’tSíodhán, now Mount Browne / Sheeaun Park and Claisín Uaighma, an ancient burial place and with names like “Clais ‘a Lisín”, “Cnoc a’ tSíodhán”, “Tinneadh” (or Tiniú meaning fire) all associated with pagan ritual it is easy to realise that this area was once the hunting ground and meeting places of the heroes of old. In fact the land west of Athenry – Achréidh na Gaillimhe” was called “Maigh Mucdreimme” or the “Plain of the Counting of the Pigs” and featured in the epic tale  of Meadhbh and Allill called “The Táin Bó Cullaighne” or the “Cattle Raid of Cooley”. So as you walk the fields of Athenry you may remember that Meadhbh and Allill, Goll and Conán, Fionn and Oisín and Oscar, Caoilte Mac Rónán, Diarmad Ó Duibhne and many more of these great warriors walked these fields thousands of years before us! The great battle of Mágh Mucraime, where Art the high king of Ireland and father of the great Cormac Mac Art died, was fought in Coldwood / Moyvilla and the names Turlough Art and Cloch Leath Art are associated with this battle. The ringfort, Dún or Rath in the New Cemetery in Athenry was called Ráth Cruachna where the king or lord of ancient Athenry lived. Tobar Chonnaile, further west, is associated with the ancient kings of Connaught. The townland of Caheroyan (Cathair Ríon), according to the folklore, gets its name from the Cahir or Stone fort of the Princess Meadhbh who resided where Athenry Castle now stands. Along the Athenry Loughrea road not far from Loobroe lies the huge stone marking the grave of Meadhbh. The nearby Kingsland was called “ Tullach ‘n Rí” or the king’s assembly hill. Boyhill, Slieveroe and Tallowroe, are purported to have been associated with ancient roadway and prehistoric burial grounds. Moorpark probably gets its name from “múr” or fortification and is associated with Mágh Mucraime. The sand hills all around Athenry once formed the 9,000 year old Eiscir Riada which divided Ireland into two kingdoms in ancient times. I’m sure that there are many other names in the area associated with the ancient mythology and folklore of Ireland also. While Athenry can be called a Norman town there is a lot more to the history of the area.

Where do we get these legends? The books of Dun Cow, Leinster and Lismore (Record)

Why Myths of the Athenry Area? (Record) 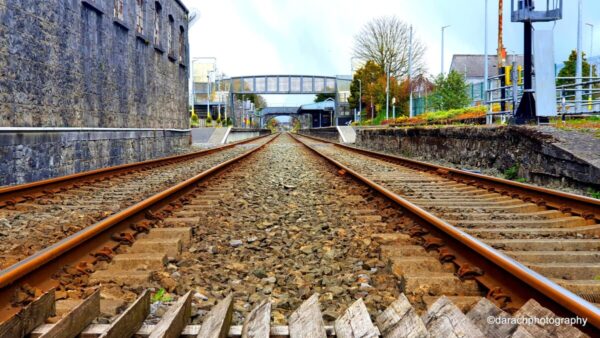