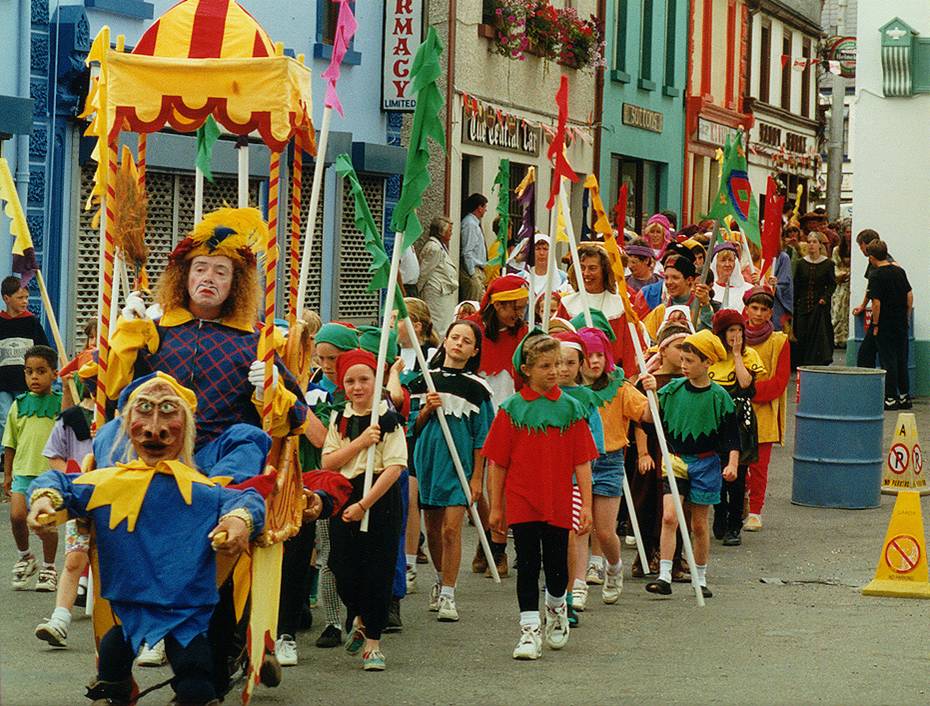 August in Athenry wouldn’t be the same without the varied and exiting programme centered as usual, around Lady Day.  No expense was spared to open the Festival with the best of music in the Square. Paddy Cole entertained the huge crowd. However Kevin Rohan and Shaskeen on Sunday night, stole the show and played on much past the agreed time. 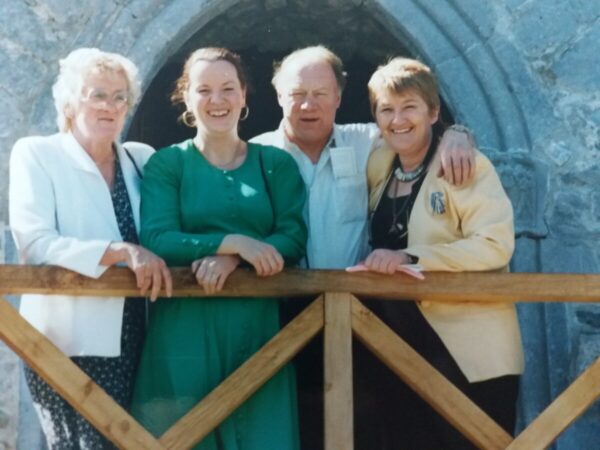 Keeping an eye on the Festival from the Castle door are: Carmel Farragher, Hillary Kavanagh (Macnas) Paddy Gardner and Maureen Lawless

The new ALL-GIRLS group made their debut and was a big hit. Workshops, sports, pitch and putt, Teddy Bears Picnic, fishing competition, were just some of the activities available for children.  We adults enjoyed the Treasure Hunt and the concerts in the Castle.

On Lady Day we had an original production entitled A M T V .—Athenry Medieval Television.

Our director was Hilary Kavanagh from Macnas, and she presented the Medieval GREAT GREAT SHOW with Gay, of course and Cilla who compered a hilarious Blind Date. Guests included Elvis Parsley who arrived in a chariot, which was pulled by a massive steel horse. It was certainly different and our thanks go out once again to all our sponsors, our helpers, the children and adults who took part in all the activities and to the many families who came home to Athenry around this time. You make it all worth while. 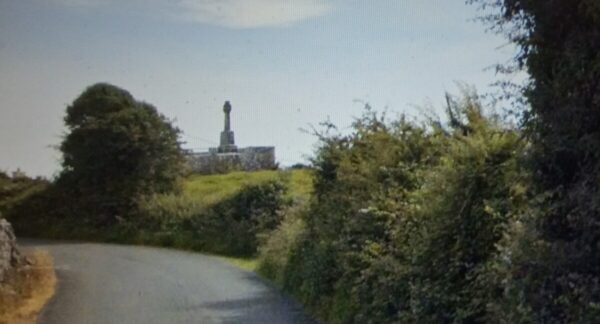 One of the last public executions in the county was carried out on Sea… by Aggie Qualter
General History Archive | Education, History, People, Politics