The Athenry Tidy Towns Committee as part of its “Five Year Improvement Plan” has drawn up, compiled and costed a project titled: “Home Composting and Civic Amenity Site at Athenry”. The Project which is the brainchild of their Chairman Christy Coffey will be geared towards waste minimisation and re-use. This Project which is the ﬁrst of its kind in the country has also been included in the Department of the Environment’s “Operational Programme for Local Urban and Rural Development Urban and Village Renewal Plan 1996-1999”. This project will be grant aided to the tune of £30,000. It will reﬂect the requirements of the packaging Directive (EU,l994) which sets targets for the recovery/recycling of packaging waste which, for Ireland, requires the recovery of 25% by weight of packaging waste within 5 years on the adoption of the Directive, and 50% (including 25% recycling) by 31st  December 2005. Within this later target a minimum of 15% by weight of each material must be recycled; there is no such restriction for the 5 year target. In 1994 the Government published its Recycling for Ireland strategy document (Department of the Environment 1994a), which reﬂects the requirements of the EU Packaging Directive already described. It sets recovery/recycling targets for each type of packaging waste to be achieved over 5 years.

The rates are 25% for each material type – paper, plastic, metals, organic, etc., and 55% for glass, giving an overall rate of 33%. The Government has also adopted a general objective of diverting 20% of combined household and commercial waste (Municipal Solid Waste) away from landﬁll through recycling, by 1999, compared to the present rate of 7.4%. This project will be seen to be playing its own small part in helping to achieve the Government’s objective and it will also act as a front runner in the area of waste minimisation and re-use. Its framework will be based mainly on: recycling paper and cardboard, and home composting.

It is also envisaged that the Civic Amenity Site will be used as a base for REHAB bottles, cans and textile banks which are already in place in the town.

Other banks, such as PET banks, and facilities for the disposal of refrigerators and waste oils will also be put in place. The Civic Amenity Site will be used as a drop off point for the collection of all paper and cardboard. The majority of it will be baled and transported to Dublin for re-manufacture. A machine will also be put in place to make paper briquettes which will be sold locally.

Following tentative surveys carried out in the town and surrounding areas there has been a great response to the idea of home composting. The Athenry Tidy Town’s Committee have now made arrangements with Galway County Council to have 150 Green Cones and 150 Green Cone kitchen caddies made available this summer free of charge to householders in the area. This will be looked upon as a Pilot Study for the rest of the County and a monitoring programme will also be put in place. Evidence in the UK has shown that the widespread introduction of Green Cones could reduce Municipal Solid Waste (MSW) by over 40%, thus extending the life of present disposal facilities and also reduce public protest about new landﬁlls. The Green Cone can be used for all food waste, namely ﬁsh, meat, bones, dairy products, bread, vegetables and fruit. It is solar powered in that the sun heats the unit, air pumps into waste and soil, microbes rot the food and the food disappears leaving a residue of compost which can be used as a garden fertiliser.

Plastics, paper, wood, straw and metal should not be put into your Green Cone. It is a closed unit, so no cats, foxes, squirrels, rats or mice can get in. The onus will be on every householder who avails of the Green Cone and Kitchen Caddy that they use it properly thus reducing the quantity of organic waste in their dust bins.

As it is important that any recycling activity should be given the full support of the local community, there will be an awareness and educational programme at all local levels with particular emphasis put on advertising and promotion in the local radio. The participation of our school going-children in the area will also play a vital part in the success of this project. Public sponsorship of the project will take the form of Commercial Aid Grants/Employment Incentive Schemes as provided by F.A.S or by transport subsidies from the Local Authority.

Private sponsorship will be generated by organising fund-raising events as well as by direct subsidies for equipment purchase. Taking these into account in the long-term will tum this project into a self-sustaining enterprise. We will also be playing a major part in the overall protection of our environment thus leaving it in a healthier state than what we ourselves found it for future generations. 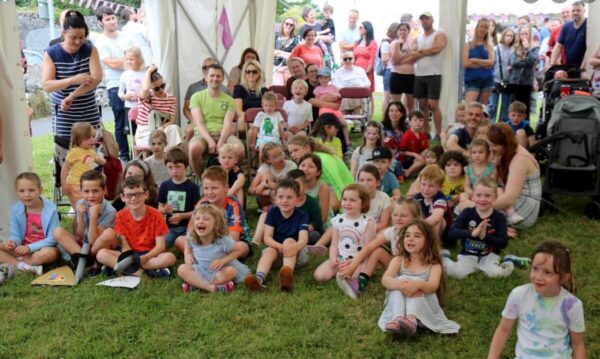