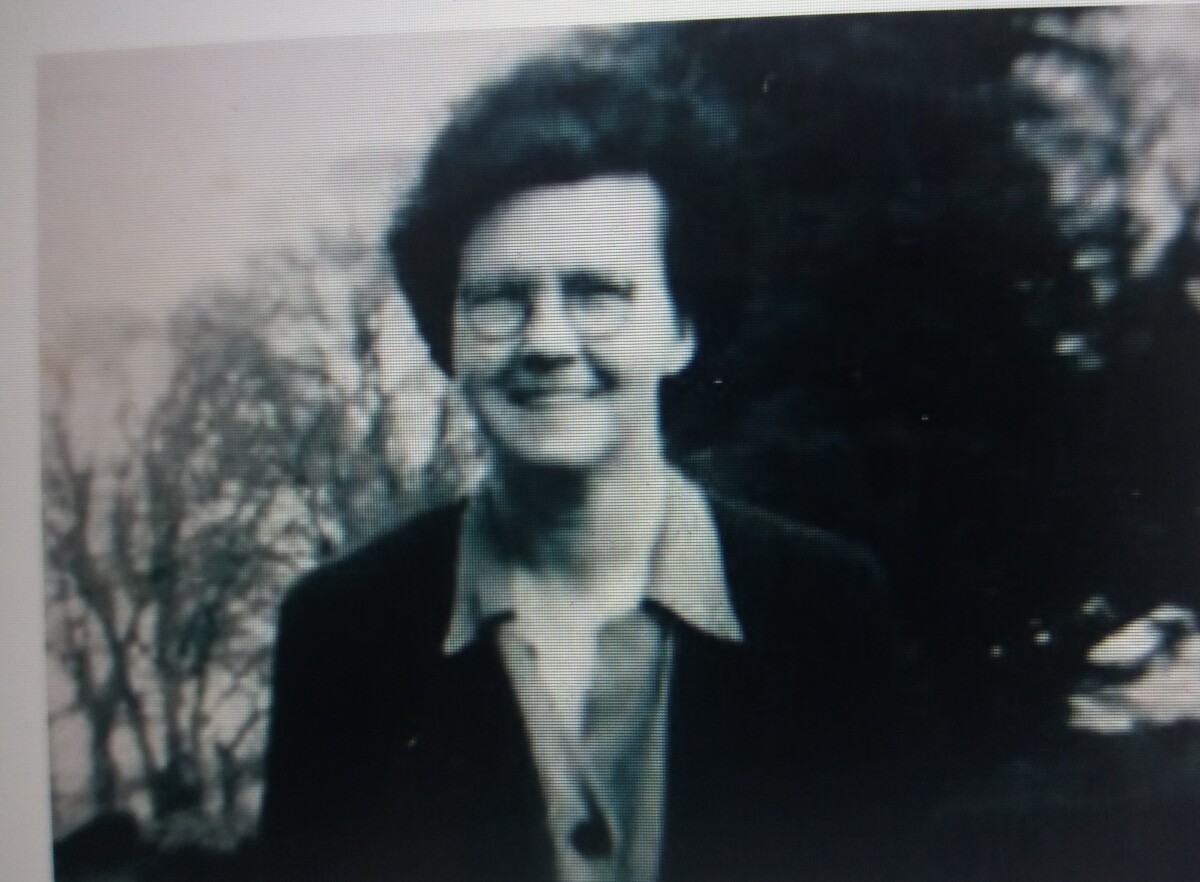 Babs was in Carnaun School from 1918 – 1963. Although I was a pupil in her class from about 1949 – 1952 only, her influence on me stretched far beyond those years and to write this humble tribute is, in a small way, repaying my debt of gratitude to her.

Babs / Miss O’Regan first encountered me when I reached 2nd class. Towards the end of 1st class I had spent some considerable time away from school because of whooping cough. Having fallen behind at school work, I was not expected to move on to 2nd class. It seems I had other ideas however, and caused a bit of a racket. In the end it was agreed to allow me to move on, in the hope that being in the same class as my big brother, would help me to catch up. It was only in later years I realised what patience Babs/Miss O’Regan had with me on that occasion.

Many were the times I took down the homework sums from the blackboard only to have them totally mixed up. I can still vividly recall the big blobs of ink on my headline copy (for the benefit of younger readers, there were no biros or fountain pens in those days and to write, we dipped our pens in an ink well situated in the desk top). There was no restriction on corporal punishment at that time and yet I cannot ever remember the stick / cane being used for my mistakes. Instead, Bab’s patience paid off and at some stage I began to catch up with my fellow class mates. While her patience was never-ending, it did not result in a lack of discipline. I can recall being slapped for telling an untruth i.e. that the “cigire” was arriving unexpectedly.

I have mentioned some of the “teacher” qualities. There was also a human side to merit mention. Readers should go back again in time to the pre-rural electrification era when open turf fires were the norm in the classroom and “shanks mare” the only means of transport for those who were not lucky enough to own or share a bicycle or who were too young to ride one. On cold and wet days then, it was common place to have as much drying-out and warming-up as possible done around the fire, and when we were dried out or warmed up, our (glass) bottles of milk or tea were left by the fire until needed. Such is the stuff good teachers are made of!

Under the guidance and tutorship of Babs, I progressed through 2nd, 3rd and 4th classes when she had to be sure that we were ready for the Máistir in 5th class. Again for the benefit of younger readers, the Máistir” in question was Bab’s brother Tadhg to whom I would also like to pay tribute here, Suaimhneas na bhFlaitheas dá anam.

Although her official teaching duties to me finished on my reaching 5th class Bab’s interest continued for many years and I began to understand how unselfish a person she was. Towards the end of primary school I had the option of sitting for the “preparatory” exam. Included in that exam was a singing / ear test for which for me was by no means a strong subject. To help me along, Babs gave me lots of her time outside school hours, where she tried to instill some music in me, and also helped me with needlework – another subject in the exam. It was only in later years when I had a 5-day working week and appreciated having a free Saturday that I realised how unselfish Babs was. Of course during this time she also had nieces and a nephew living with her and now, as a mother I realise how much effort she made to fit in my singing lessons and look after these young people, her home etc. It must have taken a super human effort to fit us all in!

As it happened the same preparatory exam did not yield the desired result for me but that was in no way the fault of Babs or Tadhg. They must have given up most of their Easter school holiday to go over the likely questions and then to transport the other competitors and me to and from the exam centre in Galway. At this stage I cannot recollect for how many days the exam lasted, but during each day, Babs sat patiently outside the exam hall willing us on and I do believe praying for us. If it were possible to send help through the keyhole, of the closed door, Babs would have always been first in the queue! On these days too, my lunch etc. was looked after and in my innocence then I took it for granted that it was part of the teachers duty!

Having finished primary school in Carnaun I went to boarding school in Oranmore and during my years there Babs continued to guide and influence me. Her assessment of my capabilities and limitations (i.e. singing) and her knowledge of my family background led her to the belief that I should aim for a position in the Civil Service, and so, in the summer proceeding my Leaving Certificate, I sat for the exam which yielded my first and only job in Dublin some months later. Of course I left my school books at home but it wasn’t long until Babs was sending messages to advise me to continue studying on my own for the Leaving Cert. Once more her advice was right and I’m glad I acted on it and now am the holder of a Leaving Certificate.

Well, the years went by and Babs reached retirement age. Retirement however, did not end her interest in present or past pupils or Carnaun School. She lived out her final years in the Grove Nursing Home in Tuam. When I last saw her there she had reached a great age but was still very much in touch with events in Carnaun in particular and in the Athenry parish in general. She passed to her Creator in March 1986 after a long and dedicated life in the teaching profession.

Editors Note – Babs started in Carnaun in 1918. She retired officially in 1963 but continued to act as substitute teacher there on and off until 1971.

Page 179 of The Carnaun Centenary Book 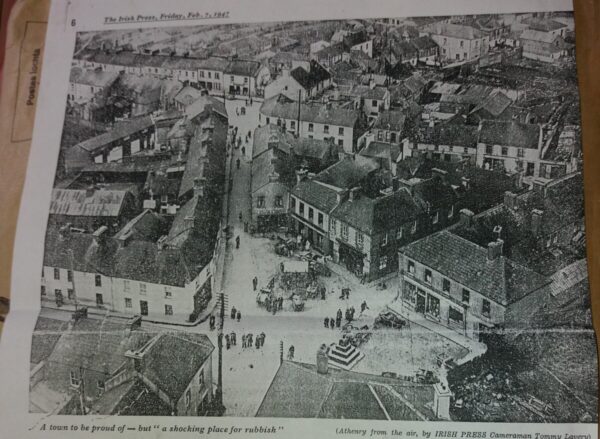