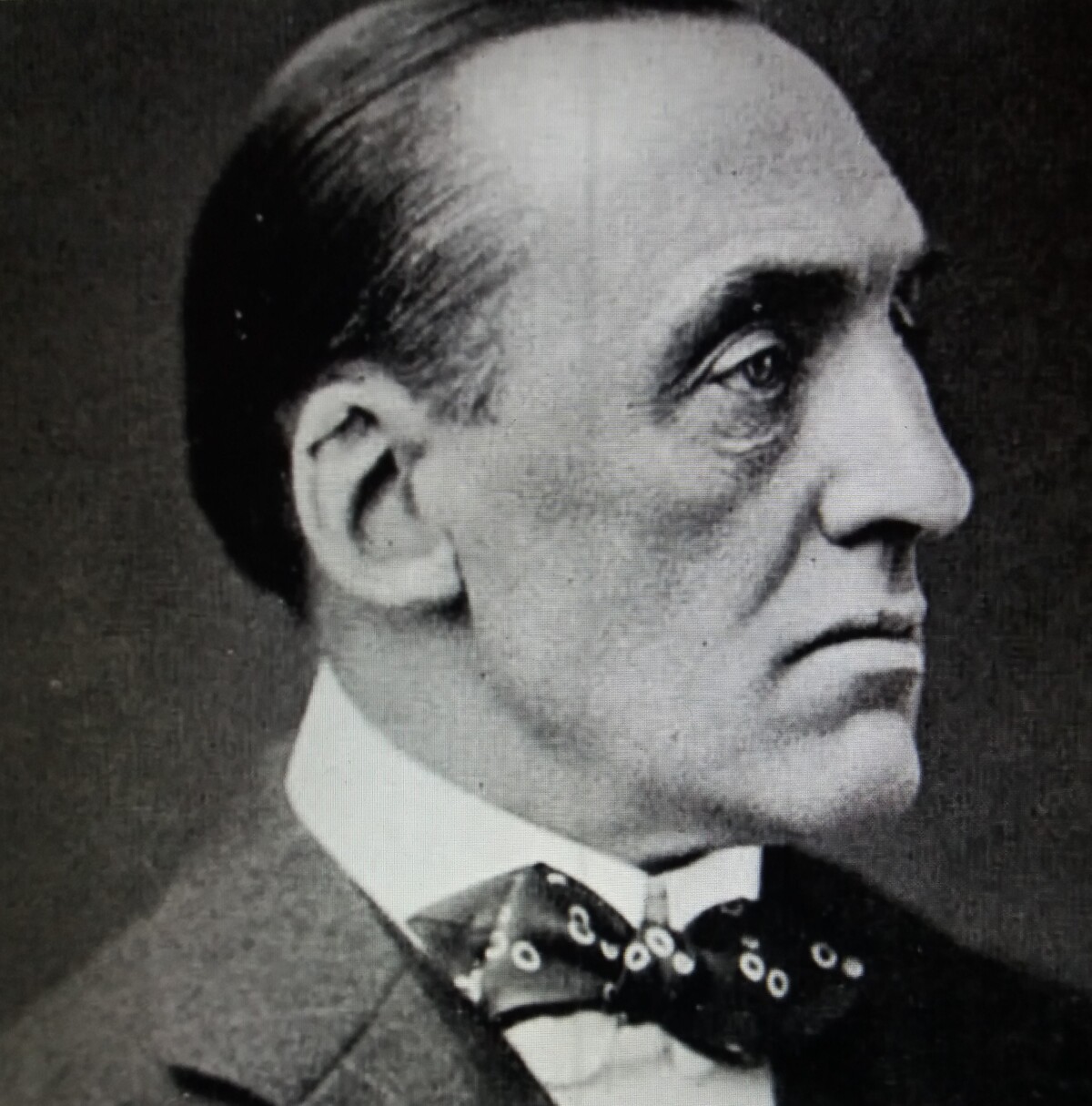 The letter of congratulations from the Youth of Athenry to the leaders who signed the historic Good Friday Peace Agreement states that Athenry has cultural links with both sides. (see Parish) This is well documented locally.

Aggie Qualter in ‘Athenry 1989’ wrote that “Edward Carson was born to Elizabeth Lambert of Castle-Ellen, Athenry in 1854. His father was a well-known Architect. Carson was a very important man in British politics and few others achieved his status. His sole aim was to protect the Union with Britain. The Home Rule Bill put on the Statute Book in 1914 saw the defeat of the Union for Carson.

Edward Carson and Oscar Wilde were great pals as youngsters and spent many happy holidays together at Castle Ellen. The close friendship continued while students at Trinity until Wilde at twenty distinguished himself by winning a scholarship to Oxford. They parted ways and did not meet again for over twenty years, when they confronted each other at the famous Oscar Wilde Trial. Carson was then an eminent Barrister defending the Marquis of Queensbury. How strange the trick of fate! Carson’s legal strategy and cross-examination succeeded in cracking Wilde’s evidence. The rest is history, which makes a sad and tragic story.

The word “Athenry” had a golden ring for Carson. He spent much of his youth and student holidays at Castle Ellen and had a great relationship with the surrounding tenantry. Many a time he swung the hurley with the local lads. When Carson was at the centre of power, many people from the district were known to have approached or written to him asking that he use his influence in various ways in their favour. At all times he went out of his way to help. A reference from Carson was the sure passport to success. During his frequent and prolonged visits to Athenry in the early 1880s Carson was known as a friendly popular young man. He attended the fairs and markets for the “crack” and chatted and joked with the people in the pubs. My father (Murty Cannon) who knew him in the course of his duties said, Ned Carson was a decent chap – a man of the people.’

Ann Healy in “Athenry, a Brief History and Guide” writes:  ‘His mother was Elizabeth Lambert, of Castle Ellen, Sister of Walter Lambert who was the landlord there.  He played hurling with the Cussaun team and tried in vain to introduce the game of hurling to the playing fields of Trinity College.

In The Athenry Journal Vol.1 No.2 [1995] Dominic Monaghan writes that Michael Keaney the present owner of Castle Ellen recently wrote to the Northern Secretary – Sir Patrick Mayhew – inviting him to Castle Ellen. Michael stressed the links with northern unionism and in particular that of Sir Edward Carson. He outlined the role Castle Ellen could play in the important peace process taking place at the moment. Michael expected nothing more to come from this until about a week later a letter arrived from Hillsborough, Co. Down. The Northern Secretary’s reply was swift and he outlined in it the reasons why he could not come although he acknowledged that the importance of the place was quite significant regarding the present impasse in the peace process. Nothing greatly unusual in this you might say except it was a reply from the Northern Secretary but the reply was written not in the Queen’s own language but ‘as Gaeilge’’.

Athenry was always a meeting place – across roads. The river ford, which gives Athenry its name – Baile Átha ‘n Rí, is where the old east west route along the Esker Riada crosses the most westerly direct route north south.  It played a similar role in more recent times when Athenry became the main east west, north south junction in the railway network. In the Lambert’s time travellers from Dublin had a long delay in Athenry before the train left for Gort. Edward Carson, Oscar Wilde, William Butler Yeats, A.E. Russell, Edward Martyn, The Persses from Dunsandle, Belleville and Roxborough, Lady Gregory (originally a Persse from Roxborough) were familiar with and spent time in Athenry.

‘Yeats in Athenry perhaps’.
We had our towers too, a large
Stone soldiery at bridge and gateway, they
Were the whole town once;
And I could have nodded to him from the top
Tendril of ivy or a jackdaw’s nest;
But I’d never heard of him, the famous poet,
Who lived as the crow flies fifteen miles away.
Certainly he’d have touched us changing trains
For Gort, have hours to idle, shared
The silence of our small town shell;
Maybe he passed me by
In a narrow-gutted street, an aimless
Straying Gentleman, and I
The jerseyed fellow driving out the cows.’

Another connection with Ulster was the Lopdell family who lived in Raheen House in Athenry. In her youth Aggie Qualter believed ‘they grew oranges in Raheen’.  Her father had told her that ‘a Lopdell who came here from the North was the first to put his name to the Black Petition 1845 – in fact it was his brain child – it was the Protestant’s answer to ‘Boycott’ hence the name ‘Black Protestants’.

“Major Lopdell lived in the Town House before Raheen House was built. He was killed at the railway station – falling between the train and the platform. Their son was Premier for a short time. The Unionists overthrew him because he was a moderate.
The ‘Tower’ in Coshla, Athenry was built to a height of about 12ft. on a vantage point on their land by the Kidd family from Dungannon in Co. Tyrone. They flew the Union Jack on it on the 12th. of  July every year.

Major Hall’s daughter from Knockbrack, Athenry, married Sir Norman Stronge of Tynan Abbey, Co. Armagh. He and his son were victims of assassination later in the North. On the other side of the coin Ann Healy tells us in her book ‘the most famous person associated with Athenry is undoubtedly Liam Mellowes.  His courageous contribution to the shaping of modern Irish history is strongly commemorated in Athenry today.  A bronze bust of Mellowes is prominently displayed in front of Athenry Boys National School and the Agricultural College has been named after him.

Mellowes, born in Lancashire in 1892, of Irish parents was appointed a provincial instructor at the Volunteer Convention in 1914.  His task was to rebuild the organisation as a mass movement. Asked to take responsibility for south Galway.  Mellowes came to Athenry on October 31st. 1914 and used it as his base.  Larry Lardner, who kept a small bar, was the officer in charge in Athenry.  The I.R.B. and the Volunteers under Mellowes carried out an intensive training course in the Town Hall where a rifle range was set up in the back yard. Liam stayed at Sean Brodericks for some time but later changed to Frank Hynes’ house in order to have easy and secret access in and out of town through Leonard’s Lawn.

The local leaders of the Volunteers were John Cleary, Stephen Jordan, Frank Hynes, Jim Barrett, Sean Broderick, and Commanding Officer Larry Lardner.   Athenry was the centre of insurgent communication during Easter week 1916.  There was much confusion as garbled messages were coming through. Larry Lardner, with 500 men, took the Agricultural College.  Mellowes and companies from Kinvara, Kilcolgan, Killeeneen and Craughwell later joined him in Moyode Castle (home of Burton Persse who was in England at the time) and took command of it.  They were joined by companies from Tuam, Dunmore and Castlegar.  Members of the Cumann na mBan joined the volunteers to help them.  A few days later Fr. Tom Fahy cycled to Moyode with the new that Dublin was in flames and the leaders had been captured. A man from Moyode identified twelve of the volunteers and they were imprisoned in Wormwood Scrubs Prison there they remained until 1917. They were known locally as the twelve apostles and were identified as Thomas Barrett andCharlie Whyte Caheroyan, the O’Grady brothers Church Street, Martin Hansberry Rahard, Peter Murray Derrydonnell, Michael Higgins Castlelambert, Patch and Thomas Kennedy Sliabh Rua, Hack Hanniffy Tallyhoe, Murty Fahy Sliabh Rua and Michael Donoghue.

The fate of Liam Mellows has been well documented and his eventful life makes him a larger than life sort of character.  He spent his last days fighting with O’Conor in the Four Courts. He was arrested and shot as a reprisal on the 8th December 1922.

The bust of Liam Mellowes, recently stolen but now thankfully returned to its pedestal at the Boy’s National School, a place I might add which was often visited by Gerry Adams the Leader of Sinn Féin.

In the spring of 1972 after ‘Bloody Sunday’ the people of the Parish of Athenry made a collection in aid of the residents of the Bogside in Derry. Mickey Hession and Jim Ruane accompanied by Paul Waldron and I, (Finbarr O’Regan)  met John Hume M.P. in the City Hotel and presented him with the gift. I teach in Carnaun National School, the ‘nicest school in Ireland’ – newly re-furbished, clean, bright, airy and warm. Walter Lambert of Castle Ellen – uncle of Edward Carson, donated the land for this school to the Parish in 1891.  We moved the school to Castle Ellen House for a while in the early 60s during renovations. Since then however the numbers on Rolls has gone from 150 then to 36 this year.

Our school children also have links with the North, a school in the Waterside in Derry – St. Columba’s Primary- for the past year and we hope to visit them this summer and learn from each other.  The highlight of our visit to Derry with be meeting with John Hume while on our side his good friend Noel Treacy, Minister for Enterprise and Employment, will ‘hold the fort’ when they come to see us.

Years ago, as a young boy, when I once was ‘fed up’ mucking out Raheen Stables with an ‘antique’- a big, thick, ignorant, ungainly, timber wheelbarrow with a heavy and equally thick iron-shod timber wheel, I could have been in Pakie Fallon’s eyes the jerseyed fellow who burnt Lopdell’s wheelbarrow on the St. John’s Eve bonfire. 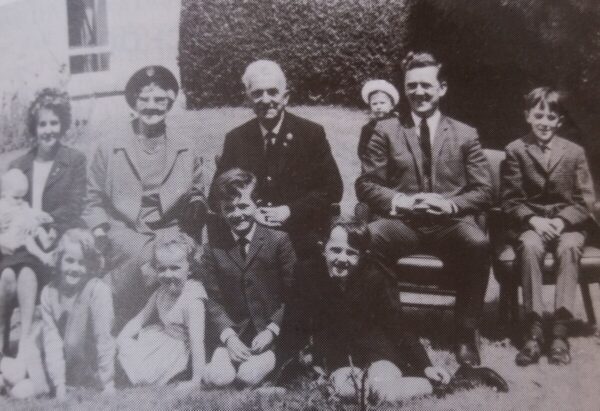