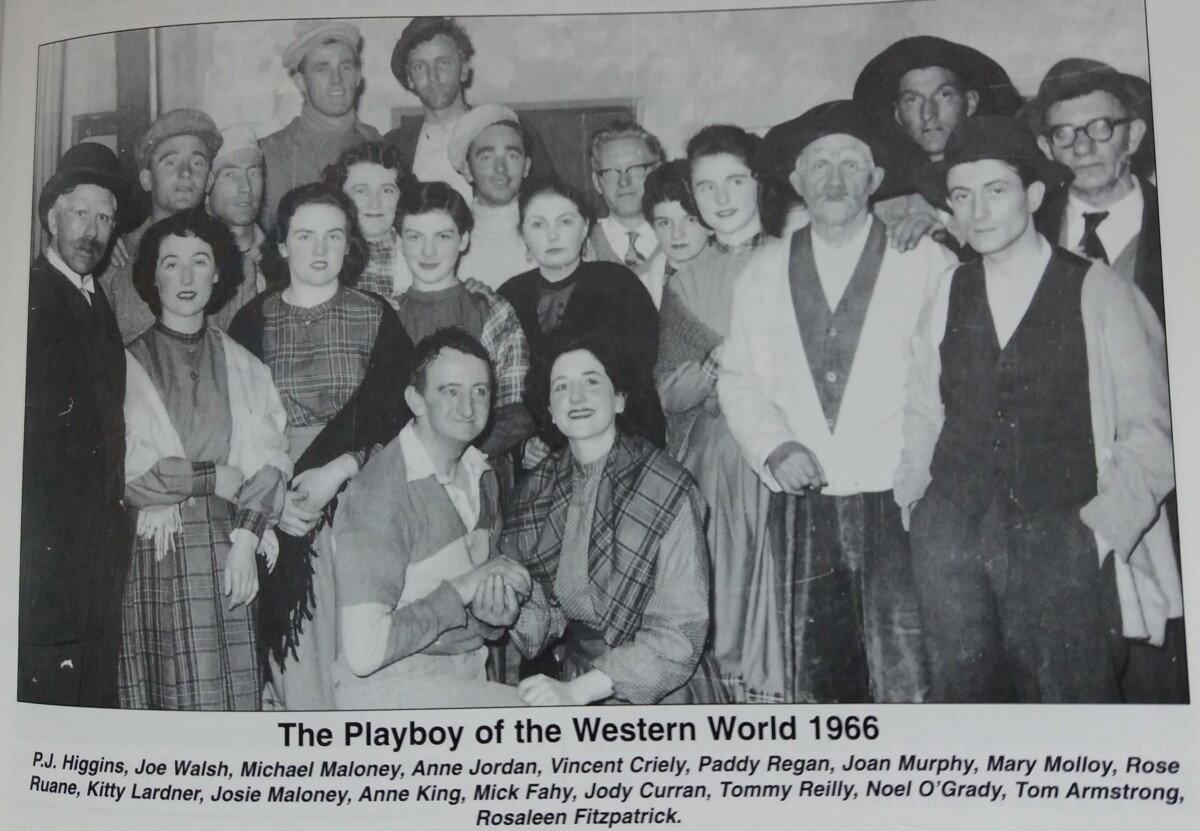 Amateur dramatics have long been part of Athenry’s social life, since the 19th. century or perhaps even earlier.

The people of Athenry have been devotees of the stage, whether it be as performers or as an audience and as peoples tastes changed so did the productions. In this multi-media age live entertainment has perhaps lost some of its allure and the efforts of amateur dramatic societies are being taken for granted, which is regrettable considering our own groups long and eventful history.

At the turn of the century the home of drama in Athenry was the rather unconventional Corbett’s Timber Store, the present site of D. H. Burkes. The entertainment provided was a series of events comprising of a “Grand Concert”,” Laughable Sketch” and a “Dramatic Piece” rather than just one play.

Mr. Sean Cleary’s grandfather often recalled that as a boy he would perform female roles as in the early 1900s it was considered improper for women to appear on stage. Brother Aiden of Esker also revealed that his introduction to drama was in the guise of a woman.

Up until the 1930s the same pieces were presented as often as every second year. However the high attendances and the great shows of appreciation certainly disproved the theory that “familiarity breeds contempt”. The most notable production of the time was arguably “Con the Shaughram” but most plays followed a similar pattern set by their mainly Anglo Irish middle class authors. The main characters tended to be of the landed gentry while the comic relief was provided by the “Oirish” peasantry.

With the arrival of Tommy Reilly in the late thirties Athenry drama group set off in a new and rewarding direction. The introduction of the “Abbey” style plays brought new challenges to both actors and audiences. The success of plays like  “Look at the Hefferans” by Brinsley McNamara and T. C. Murray surely proved that this was indeed the right direction to follow.

The next step forward was in 1942 when, still under the guidance of Tommy Reilly, the group staged O’Casey’s “The Plough and the Stars”. Athenry was probably the first rural amateur group to tackle this classic. Some problems did arise with the portrayal of the more shady characters, particularly that of Rosie Redmond who was an ‘er-ahem-pro-pro’- prostitute.  This raised the hackles of the more conservative and straight laced audiences of the day. Athenry did however persevere and gave many fine performances on their travels. Indeed, after such a performance in Ballinrobe the adjudicator was overheard remarking of the actress who played Ms. Redmond “One wonders where a player in a rural group gets this kind of experience”. With “The Plough” successfully behind them the group went from strength to strength. Later in the decade they started entering competitions in local festivals culminating in their first win in the Tubbercurry Festival in 1950 with “The Righteous are Bold” a somewhat sensational play for the day as it dealt with demonic possession.

The ‘40s also heralded the arrival of the touring companies. They brought professionalism and the opportunity for the people of Athenry to see plays that would not normally be attempted by local groups, particularly Shakespearean works.  One of the more famous companies was led by Mc Master. Included were people like Micheál McLiameoir, Hilton Edwards and even the playwright Harold Pinter. This group were so well received they often visited Athenry twice in the same year.

This particular company was quite daring in presenting “Oedipus Rex” to the Athenry audience. This epic ran for two and a half hours without a break, during which time, to their credit, not a sound was heard from the audience. It would perhaps be cruel to suggest that this was because they were trying too hard to decipher what most would accept as a very complicated and confusing piece, but in defense of this theory one of the actresses herself confessed to “not having a clue what the whole thing was about”.  Undoubtedly the novelty of such a play added to the mystique of the performance. One other attraction of the touring companies was their use of locals as “extras” in most performances. 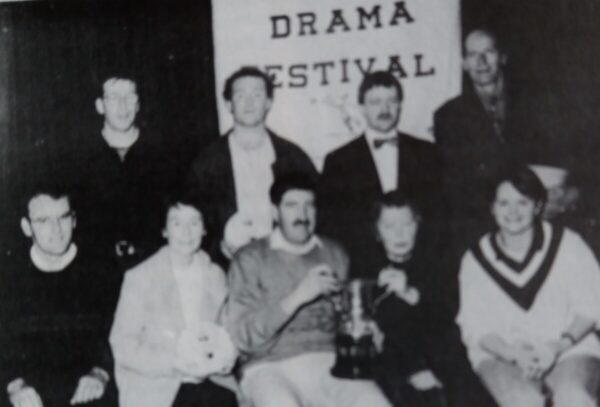 To date, Athenry drama groups greatest successes were achieved in the 1970s with the arrival of Father Langan to the parish. The “Importance of being Earnest” by Oscar Wilde was the groups offering on the festival circuit in 1972. This production won innumerable awards and came within a whisker of “All Ireland” glory in Athlone. The adjudicator in his wisdom thought ” the set too good” and unfortunately it distracted the audience from the action on stage.

Since these heady days there have been a number of fine productions offered up especially John B. Keane’s “The Field” and “Moll”. There has also been a certain amount of success in competitions albeit in one act festivals. They have won the Killtullagh One Act Festival twice running and the group’s reputation is once again starting to grow.  Hopefully this will lead to increased local interest and subsequently a larger membership for the group itself. 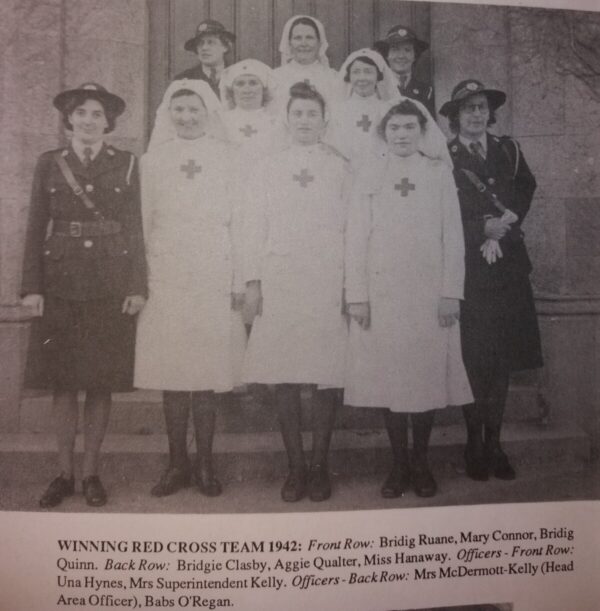 In attempting to write the History of Athenry, I discovered that nearl… by Aggie Qualter
General History Archive | Education, History