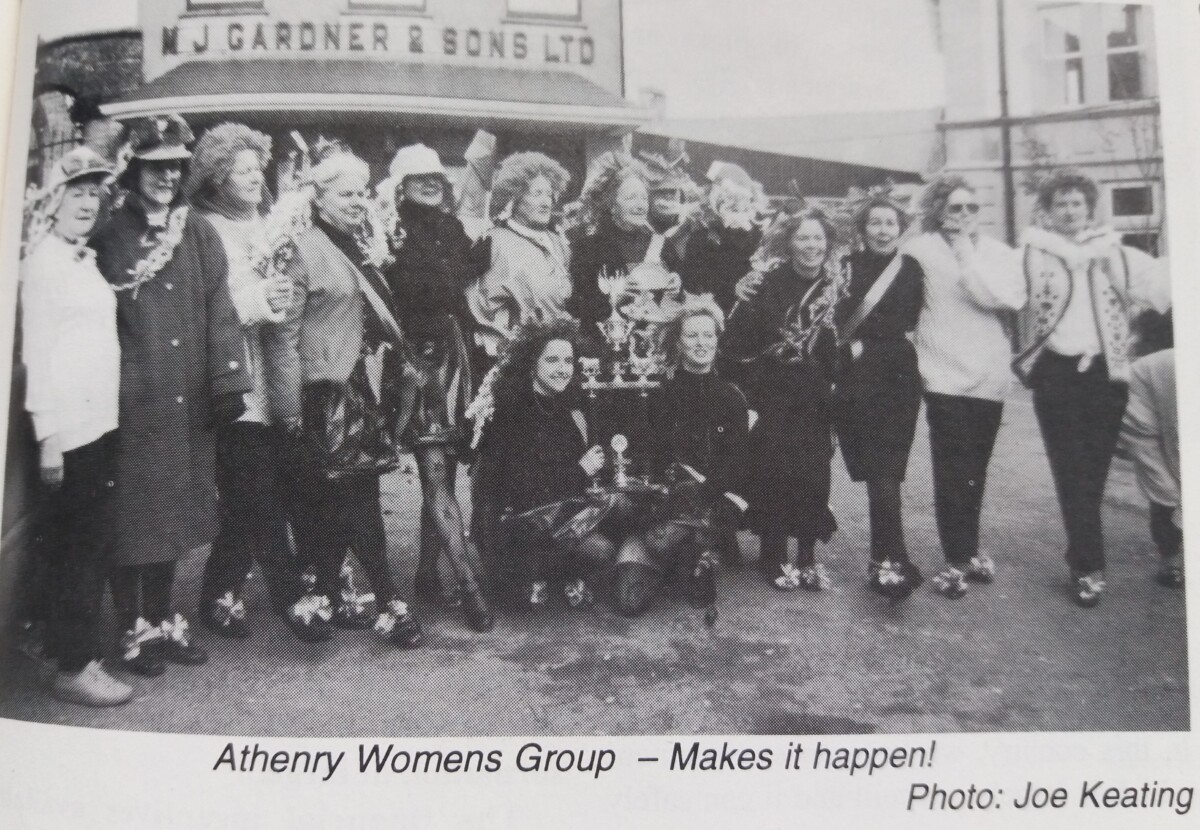 Athenry Women’s Group started in February 1991. Our first thought was to do something for Lady’s Day.  Suggestions flowed and ideas were spinning twenty to the dozen.  Did we need a licence?  Did we need insurance?  A fundraising dance was held.  We got huge support from the community.  We were up and away.  Bands were booked, sports organised, baby show, treasure hunts, dog shows, children’s disco all arranged, programme printed, flyers flying. This was a week of weeks – Carnaun Centenary, Athenry Queen, Athenry Festival, Anniversary of Dominican Priory, De Bermingham family home gathering and each one having their own huge success and complementing the other.

The Festival has grown each year and here we are in the middle of preparations for the 1995 Festival.  It is a company now and the size and the cost of it has more that doubled over the years and the community has grown accordingly.  More and more groups of local talent (hidden until recently) are taking part and this is what it is all about.

Fundraising is one of the major necessities of the festival.  Letters are dictated and sent to past and would be sponsors.  The committee then go personally to each of the businesses in town for support being very aware that there are numerous worthwhile events also being supported by them.  The next stage then is the programme needs to be drawn up.  New ideas for the medieval section, bands, artists, acts, to be booked and all the complimentary events organised.  At this stage one would expect a breather – alas! – costumes have to be pulled down from all the attics of the group.  Lists are marked off – sighs of regret at costumes torn or not returned at all.  Sewing nights begin – the Women’s Group roll in to help and many more gather around and lend a talented hand.

In the meantime the PR of the festival goes on as well as the workshops in the old school (by kind permission of Sr.  Leo).  Student workers and volunteers produce props, stalls, flags, swords and war weapons.  Their motto is ‘You name it we’ll make it.’ The Presentation College Gym is home to over fifty five children – aspiring tumblers, gymnasts and mask makers.  Here they acquire the skills for the future festival at all these workshops.  This workshop is run every Tuesday and Friday morning by Harry who has the loveliest of manner in teaching the children while they stretch some muscles they never knew they had.

At this stage a half eye is thrown – ‘will we have enough money – blind faith arrives – God is good and the devil isn’t too bad either’.

The time draws nearer – the Canton Hall is a hive of activity, people come and go to book their own costumes and maybe one for “their sister’s family or cousin who will be here for the festival”.  Women root out hot presses, wardrobes, drawers for material – a few yards of this or that evening dress of the 60s – old curtains, remnants. ‘Oh isn’t that lovely’, – that dress could tell a tale and memories are recalled while it is tailored for a knight or lady.  Each does her share of dying clothes authentic colours only but alas other articles of clothing in the household acquire strange colours.

Sewing machines sew, bobbins pop, needles and scissors get lost, fuses blow, tea is drunk, cigarettes smoked and tales are told.  Clothes are designed, mixed, matched, shortened, lengthened, lost, found, hung up, taken down, booked, unbooked etc.  Traffic still flows and finally the days draw near.  Costumes are all earmarked – panic!  As someone shouts “There are ten or twenty more costumes needed, didn’t I tell you”.  ‘That’s mine! Where’s his?’ That’s just the top half. Where is the cloak? And the pressure rises.

At last the day of the festival dawns and everyone survives the dawn.

A roster has been drawn up for the festival days.  Major panics, mini meetings, quick decisions taken and all is well.  Somehow we all survive (it happens) and all is well.

Flop!  I’m tired – not finished yet.  Costumes to be gathered, listed and back to the attics.  “Thank you” letters written, balance sheet balanced, bills paid, hall cleaned up, the last cuppa, signing with relief ‘Thank God’. 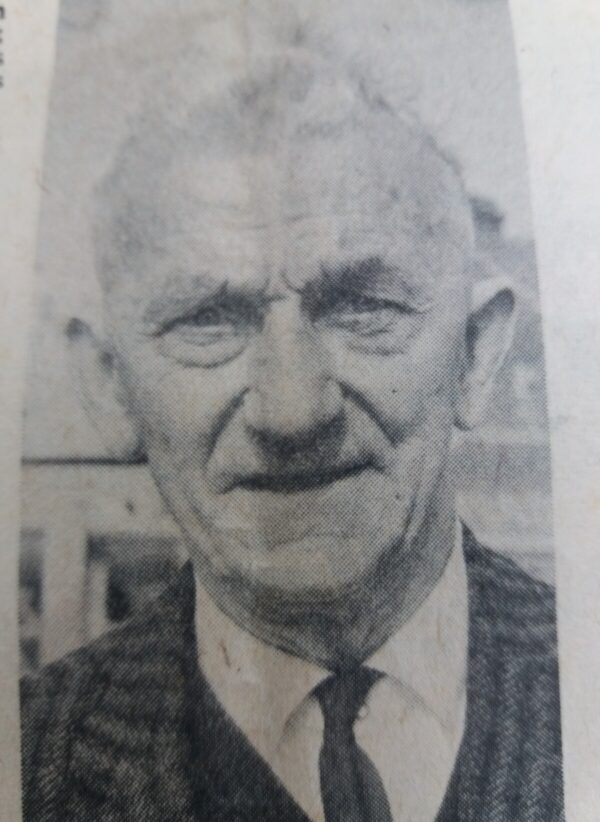 It was my pleasure to spend an hour with retired President Eamonn de V… by MC
Athenry Journal Archive | History, People, Politics