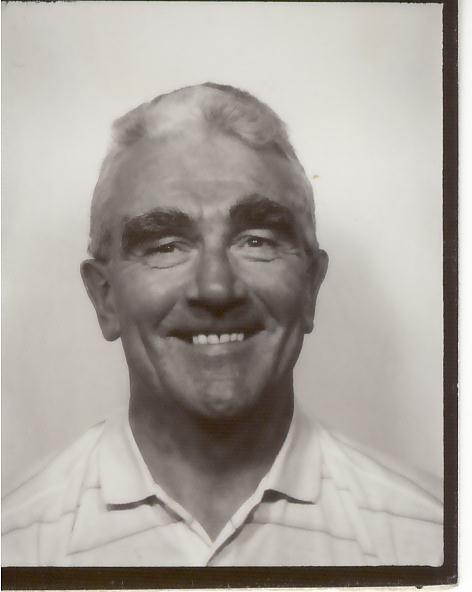 Whenever I think of Carnaun National School I think of pride in all things Irish. The school always had an aura of Irishness about it.

All of us will recall changing classes to the strains of “O’Donnell Abu”. Likewise we will recall the “Master’s” interest in and love of the Irish language. He had this wonderful ability of being able to remove our fear of the language and to make an effort, however small, to speak it.

One certain indication of the break up for holidays—he always kept the actual day a secret—was when he asked me to recite “Fiach McHugh of the Mountains”.

There was a special ritual to this which I clearly remember. I sat in the front of the class beside Brendan O’Regan. The Master sat in his chair behind his desk with his back to the fireplace. When asked to recite this poem I had to get out from the desk, go to the end of the classroom and say this poem in the loudest voice possible.

I can still feel the emotion as I recited it at the top of my voice:

“Finch McHugh of the Mountains,

Fiach McHugh of the Glen” etc.

I knew I had only one real challenger for the loudest voice – Ignatius Raftery. Dan Kennedy, when on song might be a challenge. I shouted this poem at the top of my voice. After all, as a “townie” the pride of Athenry was at stake and the ignominy of defeat by Coshla or Castle Ellen was too much to contemplate.

The Master never declared a winner though I never even thought of defeat. He just sat behind the desk with the chair facing the door. He always had a half grin on his face. Looking back on it he must have got great fun out of this exercise.

Most national schools at that time had four subjects-—Irish, English, Maths and Catechism. Religious Doctrine was a much later concept. However, the Master saw to it that we had a fifth – football.

The rivalry and games between Coshla, Castle Ellen and Castle Lambert are legend. I remember clearly the jealously I felt when Pierce Courtney joined the school. He was actually able to do a solo run. He could flick the ball from his toe to his hand and actually catch it. To the rest of us this was still an aspiration. Pierce, of course, had an addition to this solo run which was a great source of dispute. If stuck, he would run while flicking the ball in the air with his fist. He claimed that this was legal and sounded so definite about it that we became very reluctant believers.

I was always jealous of the boots worn by the “country fellas”. They were much heavier and stronger than those I was allowed to wear. The bottom line was that Treacy, Kennedy, Raftery and others had the distinct advantage over me when it came to taking “top of the toe” frees. I would have put up with the chaffed heal and squashed toes if only I had the boots for free-taking.

I recall clearly the time of the truce and reconciliation between Athenry N.S. and Carnaun N.S. Donal Kennedy was the new principal in Athenry. It was football which eventually brought us together. Following trials, Micheál Hession and myself were chosen to play on the team. I still don’t know whether we played legally for the parish of Athenry or illegally for Athenry National School.

The Master for me was very special. He obviously loved teaching. He instilled in all of us a pride in being Irish and, in particular, a great affection for Irish culture and our national game. To this day I am deeply involved in G.A.A. affairs and I learned this and imbibed it in Carnaun.

The current Master is Finbarr O’Regan, son of the original. I expect that Finbarr has retained his sense of humour and fun. He should be able to identify with any of his pupils who have a wild devil-may-care streak in them. I wonder if Finbarr can recall the day the Master had to pay a social call to a house which was having the Stations. We had to stay back after school and wait for the Master’s return. The plan was that we would all sit quietly and do our homework. Needless to say this didn’t materialise. Finbarr found the very long pole used by the Master to open the top windows. Armed with this pole he charged, knight in shining armour style, up and down the classroom. Eventually the Master returned and on entering the room was almost decapitated by the charging Sir Lancelot.

Like all the Athenry youngsters who attended Carnaun National School—the Foleys, the Duffys, Hessions, Corbetts, Gardiners, Kellys, O’Regans, Jordans, I felt a great pride going there. I felt, at the time, I was attending a good school. Looking back on it from the perspective of forty years hence, I have changed my mind. I know now I attended the Best.

Page 118 of The Carnaun Centenary Book 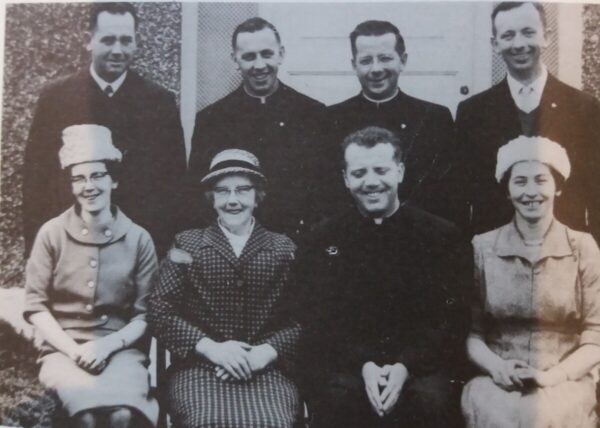