When I was asked to contribute a few reminiscences of mine about my days in Carnaun, I replied sharply “Oh no, that’s where all my problem began”. I mean I have to say I didn’t like school like the great majority of people.  The old adage that ones school days are the happiest days of ones life are certainly not entirely true for me, at any rate it seems that way looking back.  I don’t think I would be finished with my schooling at 15 years if I had liked it.

I do not remember all of the years in Carnaun, but the last two or three I do remember quite well. I got more than my share of the stick I can tell you, and the last two years which I spent in the Master’s room, Tim O’Regan, would be worse but for the fact that I had a good facility with the Irish language and with Irish history, two subjects that were very dear to the Master.  He did his utmost to instil into us a love of the Irish language and an appreciation of our history. I don’t agree with the assumptions made today that history was taught through Irish and unexplained to us implying therefore that it was futile. I can still remember the Master walking the floor and punching the air as he tried to drive home a particular point about Daniel O’Connell (his great hero of Irish history).  Every bit of it was explained in English line by line.  He was a very good teacher, I thought, and his teaching of these two subjects left a lasting impression.

The time just before we went on holidays was a kind of special time for me.  You see, I played the accordian (they were called melodians then) and every holiday time in the last year or two I was asked to bring it along.  Everybody would be brought into the Master’s room, while I took up my position at the head of the room and belted out such tunes as Miss McLeod’s reel, The Stack of Barley and The Boys of Fairhill etc. I have the distinction of being the only person to have played the accorthan in Carnaun school over its hundred years history.  There was something else that I also have the distinction of doing, which I wish I didn’t -nobody will ever convince me that it was good.  Word got around that I did a good mimic of Michael O’Hehir and of course I had to oblige in the presence of everybody – teacher and pupils.  At least I was spared the embarrassment of having to perform while looking at the audience. I would go into the broadcasting box behind the blackboard and give a two minute commentary on the All Ireland Final.  Everybody would be in stitches. I still get embarrassed when people mention that to me.

Of all the characters at school in my time, none was more notorious than Christy Kelly.  “Yes, that’s him”, as the Yanks would say “A ball breakin’, hell raisin’, son of a bitch”. I used to sit beside him during the last two years of school.  If I had a fiver for all the times I got the stick because of Christy, I mightn’t be rich but I’d be comfortable.  He had the most amazing ability to change a laughing face into a deadly serious one in an instant.  You see, when the Master’s back was turned Christy would be at his antics which ranged from the most hilarious grins to crazy mimicing of somebody.  If the Master suddenly turned, Christy could be almost heard aloud studying his book. I would get walloped again.  He inflicted the most ingenious tricks on me. I remember one day searching frantically for my sums copy which I assumed I must have left at home for which I got punished daily, not realising that Christy had swiped it and given it to the Master for correction because he hadn’t got his own done.  All I could do was laugh when I found out.

I would like to conclude my few anecdotes about Carnaun School by wishing everybody concerned with the Centenary celebrations all the best, especially my old school pals.

Page 049 of The Carnaun Centenary Book 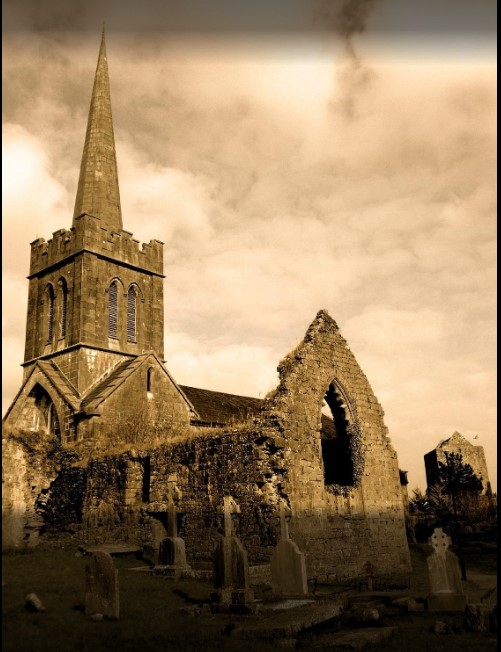