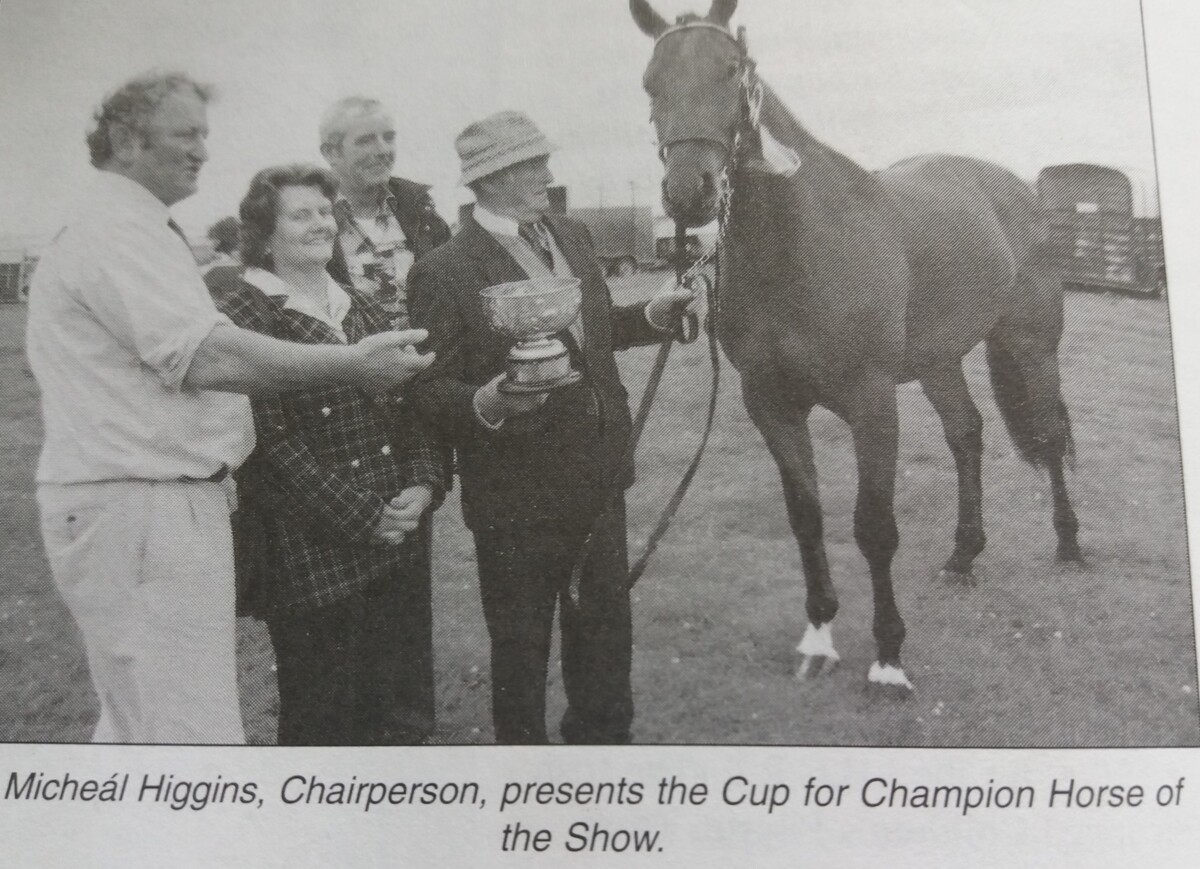 In the 1940s and 1950s in rural Ireland, the role of the horse was of paramount importance, and the area around Carnaun was no exception. Every household kept a pony or cob, to pull the trap or sidecar, used mainly to take people to Mass and, of course, to attend all the local funerals.

The all important tillage and farmwork was performed by a pair of Irish Draughts or Clydes, and this type of dependency on horses probably explains why, even with the advent of modern farm machinery, the tradition of farmers keeping mares lives on to the present day. The farmers who kept the brood mares in the general area were numerous: Johnny Grealish, Frank Connell, Mick Kelly, Joe Higgins, Paddy and Sean Feeney, Brian Morrissey, Michael Higgins and the O’Brien family, Joe Gilhooley, Phil Fahy, Tom Madden, Paddy Treacy, John Gardiner, Patrick Cooley, Pádraic Raftery, Matt Cummins, Bernie Nohilly, Mick Bohan and many others.

From early years, the meeting of the hunt – the world famous Galway Blazers – at Cahertymore Cross was a really big occasion, and many great hunts have taken place here. In fact, Cahertymore Cross retains its importance to this day. At this point it is fitting, I think, to pay tribute to the land owners in the area for their generosity and sportsmanship over the years, in allowing the freedom of their fields to the Blazers, come fair weather or foul, good times or bad. Many local people took part in the hunt both on and off the saddle. One who springs to mind, who could vault to the saddle with the greatest of ease is Joe Cullinane. Others were Tom Rabbitte, Fr. Charlie O’Malley our local curate, Chris Williams, Ann Morrissey, John and Martin Cullinane, Michael Higgins, Tom and Neilus Morrissey, Pádraic Raftery, the O’Briens, Floyd Feeney, Finbarr O’Regan the local schoolmaster, and his son Michael, Declan O’Regan, Gerry Feeney, Damian Williams, Gabe and Patrick Fahy, Christy Kelly, Frank Connell, Patrick Higgins and of course, many more, far too numerous to mention.

Off the saddle, but still very much part of the scene were and are the people who followed on foot, bicycle and now also in cars. It is from this group of local hunt followers that many of the still used “hunt sayings” were born: “Very big club out today” and when deciding on which road to cross: “He’s sure to run with the wind”. These ever-present foot followers included James and Martin Killeen, Peter Doherty, Brian and Kitty Morrissey, John Morrissey, Joe Higgins, Jack Rabbitte, Tommy Killeen, Matty Rabbitt, Michael Costelloe and the Kelly brothers.

Christy Broderick of Athenry kept a private pack of foot beagles and used to hunt them in the Carnaun area on Sundays.

Some years back the Point-to-Point was held in Carnaun/Castle Ellen and the greatest importance of this to the youth of the area was a day off school. The big event at these races for the locals was the “Members Race” or the “Farmers Race” as it was then known, in which members only participated, which promoted great enthusiasm with local bystanders as they cheered on their perspective horses. In the very early 50s the winning prize was taken home by Pádraic Raftery, with a beautiful big chestnut horse called “Monty VI”. In later years Christy Kelly competed as did Martin Cullinane with “Brownville Lady” and a little later Gabe Fahy with Green Acres. Gabe’s brother, Patrick, was a prominent figure in those races in the late sixties and early seventies. 1987 saw the end of the “Members Race” and that year “Lissnagranchy Girl” owned by Michael Higgins finished third.

In the fifties the Point-to-Point races were run cross country – the stone walls serving as jumps. Always a common measure of the severity of the course was the number of ploughed fields that would be crossed during the race. So the skill and dexterity of the local jockeys were well tested. The locals helped in the layout of the course and in setting up the “jumps”. If a local horse with a “good jump” was entered in the race the walls were kept high.

Now we welcome back the Point to Point to the area, as it is being held on the lands of the O’Brien family in Grange, but alas, we bid a sad farewell to the stone wall jumps and the “Farmers Race”, what a pity they are just a fond memory.

Another occasion looked forward to by all in years past was the Galway Races, then just two days in August. In the last years of the war, and the few years that followed, when cars and petrol were extreme rarities, those who had made the journey by train from Cork, Limerick and anywhere outside Galway, travelled to the racecourse from Eyre Square, Salthill or the Dog Track with the “Jarveys”, (the taxis of the day) in their sidecars and traps. The Jarveys, an infamous bunch, would line up outside the gate of the racecourse as their humourous “jingles” could be heard as they appealed for custom in a Moore Street vending fashion—-“Car here with dry cushions, for Salthill or the dogs”. For their popular, sought after service they charged the princely sum of five shillings. After the two-day meeting, the Jarveys were perhaps the only punters guaranteed to have had a profitable race meeting, with the fifteen or twenty pounds to their credit—nothing to frown upon in 1948/ 49. Many locals acted as Jarveys.

The Galway Race meeting has changed a lot since those post-war days as it is now a six day summer festival meeting.

The Varley family from Castle Ellen competed in Ballybrit with their horses, as did Tommy O’Brien. Val O’Brien and Joey Keary from the Carnaun area are competing at present. In 1988 the very popular Charlie King from Athenry won the Galway Plate with “Afford a King” and, to the best of my knowledge, he is the only Galway person ever to own a Galway Plate winner. Here’s hoping that in 1991 someone from the Carnaun area will surprise us with a winner to mark our Centenary.

Page 182 of The Carnaun Centenary Book 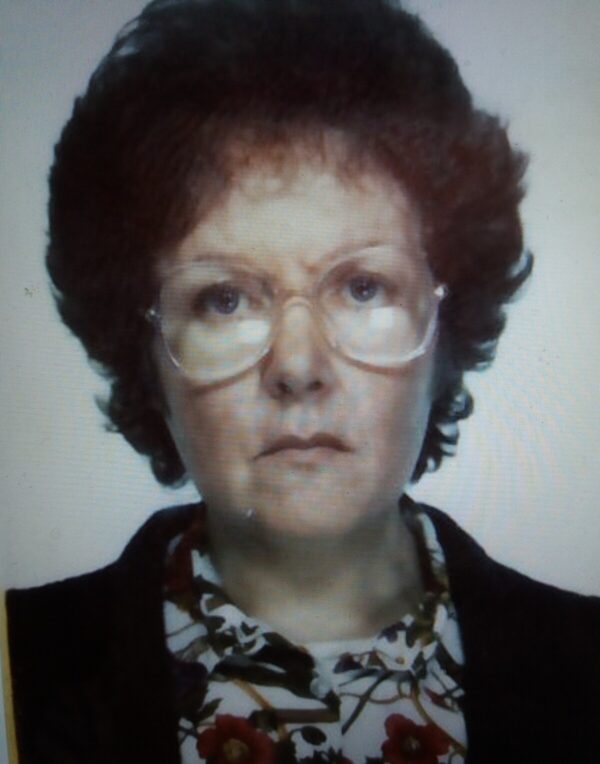 School days are the best days of our lives – sure we have all heard th… by Mairéad Madden
Carnaun Centenary Archive | Education, Folklore, People, Townlands