Greg Browne joined Athenry Credit Union as a voluntary worker in 1979.  He was elected to the Board of Directors in 1980.  He served as a member of the Credit Committee for three years.  He then gave two years sterling service on the Credit Control Committee.  He also served on the Nominating Committee.

The Board of Directors recognised and appreciated his total commitment to Credit Union and his unique leadership qualities.  He was elected President of Athenry Credit Union in 1985.  Greg was an outstanding President and served the Credit Union with distinction.

Greg joined the permanent staff as a clerical officer in February, 1986.  At that time the Credit Union’s computer system consisted of an Apple HI which had very limited capacity and application.  Greg had a deep knowledge and a great understanding of the complexities of computer programming.  He immediately commenced the enormous task of providing a state-of-the-art software system for the sole use of Athenry Credit Union.  This massive undertaking was in addition to his normal office duties.  Greg devised and wrote programmes to cover every conceivable aspect of credit union operation.

Athenry Credit Union is deeply indebted to Greg for his relentless pursuit of excellence and in the provision of the highest standard of services to our members.  In 1992, Greg was appointed Assistant Manager.  He became Manager in April 1997.  His first task was to supervise the building of our new extension, a job he relished.  Greg planned the layout of the two new offices, kitchen and storeroom.  Construction work commenced in October 1997 and was completed in February 1998.

Greg possessed outstanding managerial, communication and interpersonal skills.  He was a great motivator, extremely professional and led by example.  He displayed the utmost courtesy to Directors, Supervisors, Members and Staff.  He was never too busy for discussion, advice or consultation.  He was also a brilliant administrator, well versed in Credit Union rules and ethos.  Greg was steeped in Credit Union philosophy and showed great compassion and sound judgement in the consideration of loans.

Unfortunately, in late November 1997 Greg was taken ill.  His illness was a devastating blow to his family, friends and the Credit Union movement.  His untimely death on March 5th 1999 left a void that can never be filled.  Athenry Credit Union lost a great friend and a tireless worker.  Greg made an enormous contribution to the development, success and expansion of the Credit Union.  His commitment, dedication, loyalty, knowledge, and wit will always be sadly missed. 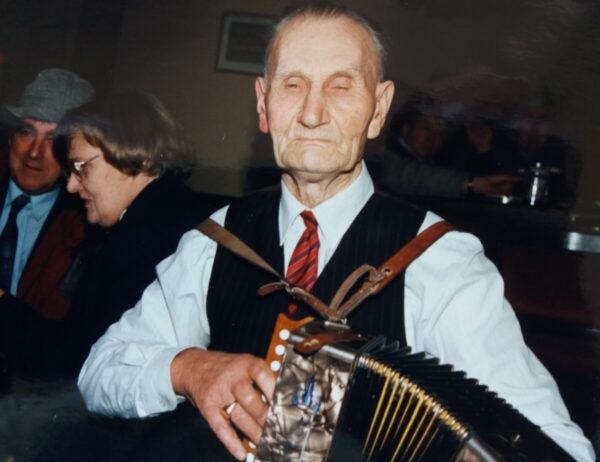