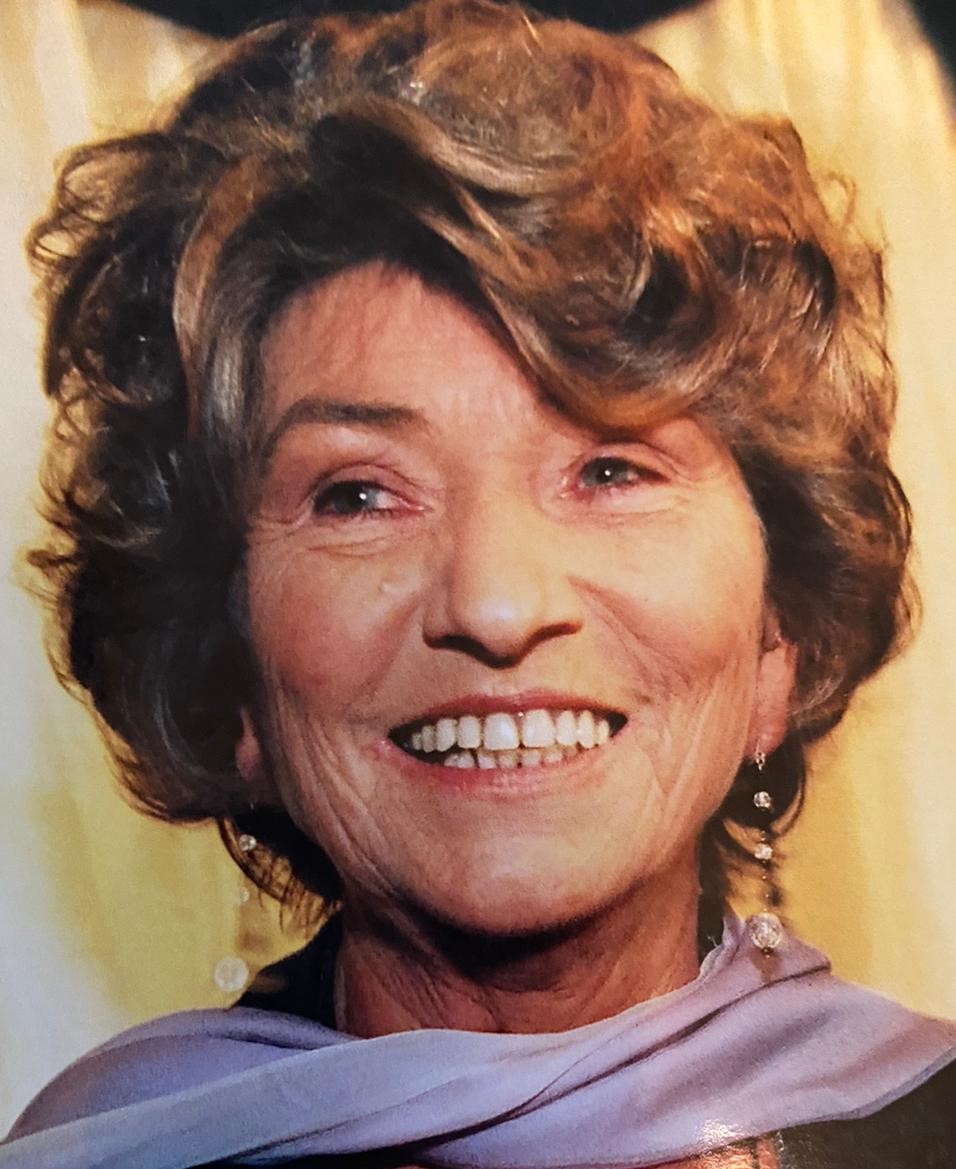 By l886 Edward Carson had acquired a leading position among his contemporaries at the Irish Bar.  His health, impaired by an earlier pneumonia attack, was telling upon him.  He looked forward to a quieter life as a resident magistrate on the County Court Bench.  His  reputation as a powerful advocate and relentless cross-examiner was well established.  He was in no sense a public figure.  An admirer of Gladstone he was a Liberal and a Unionist; but he had appeared on no public platform.  His increasing competence and ability had not escaped the notice of the leaders of the Bar.  In l886 the recently appointed Irish Attorney General of the Conservative Administration, John Gibson, nominated him to be his Crown Council, a great honour and responsibility for a young man of 32.  His appointment meant he no longer was a private citizen but a public figure, which, in the execution of his new duties as an advocate, was to earn him the name ‘Coercion Carson’. He entered public life at a time preceded by great conflict and agitation. In l880, Home Rule was not yet considered a practical proposition or indeed was there any promise to amend the land laws. The British Government resisted the perceived destructive doctrine of the severance of the constitutional tie uniting Ireland to Great Britain. In l88l Mr Gladstone’s new majority Liberal Parliament introduced a new Irish Land Bill.  The Act founded the Land Commission. It embodied the principle of fair rent, fixity of tenure and free disposal of landed property for the tenant.  Charles Stewart Parnell, leader of the Irish Nationalist Party, advised the Irish tenants not to avail themselves of the machinery of the Act by applying to the courts for ‘fair rents’ until certain test cases had been decided.  The Government, which had failed previously to convict Parnell before a jury (Captain Boycott agitation), decided to arrest him under the New Coercion Act (special powers of arrest, summary criminal procedure) introduced in January l88l. To curb a campaign of lawlessness which ensued the Government quickly released Parnell promising a bill to relieve tenants from arrears in rent, reinforcing his power and influence.

The policy of coercion was abandoned and Gladstone appointed a new Executive.  On the day of his arrival in Dublin the new Chief Secretary and the Permanent Under-Secretary of State were both murdered while walking in the Phoenix Park by members of a secret society known as the Invincibles. In May l88l a new stronger Coercion Act was passed suspending trial by jury. In l882 the National League was formed which made Home Rule, and not the land question, its principle concern. In l884, Gladstone’s new Franchise Act was passed, an event of great importance for the Irish Nationalist Party.  Previously the higher property qualification had prevented Nationalists from overwhelming the polls in Ireland.  The Act considerably increased the Irish representation and trebled the Irish voters. Orangemen in the North feared the consequence of the change; the new Franchise Act would give the Nationalists the balance of power and subsequent Home Rule. Under the Union they had prospered but Catholic emancipation and democratic franchise intervened; in an All-Ireland Parliament they feared they would be under ‘the heel’ of the South. In August l885 with the Crimes Act about to expire the Irish Nationalist Party began to turn towards the Conservatives.  The Liberal Cabinet had failed to agree a scheme for an ‘Irish Central Board’ proposed to be set up over a reformed system of local government in Ireland. This scheme had the approval of Parnell. The Conservatives had not rejected the advances of the Irish Party whose strength would be much increased as a result of the lowered franchise.

A general election in November was a disappointing and indecisive victory for the Conservatives. The Liberals lost twenty seats. The Conservatives and Irish Nationalists together outnumbered them by only four, neither party having enlightened the electorate as to their policy on Home Rule although the Irish question was the dominant issue in British politics. The Conservative cabinet after the election decided unequivocally against Home Rule although it was known that the Conservatives had far from decided against Home Rule between June and November l885.  The Nationalists had joined with the Tories to beat the Liberals on the budget proposals in June l885. It was known the Conservatives had negotiations with Parnell preparing to bargain with him in return for parliamentary support, which would ensure a safe parliamentary majority.  When the elections negated this possibility the Conservatives ‘shook the dust’of Home Rule off their feet!   The Queen’s speech of January l886 contained a challenging affirmation of the Union. The Government was soon roundly defeated.  Mr. Gladstone once again formed a Government. He persuaded Joseph Chamberlain, a convinced Unionist, to join his Ministry. The result of the new franchise in Ireland had decided him to espouse Home Rule as his last crusade.

Randolph Churchill, well aware of the divided council of the Liberal Party, saw that a new alignment of parties on the Unionist and Home Rule division would with good fortune secure a decisive victory for the Unionists with the Conservatives, the new preponderant partner, in the new alliance. ‘I decided some time ago’, he wrote bluntly to a friend ‘that if the G.O.M. went for Home Rule, the orange card was the only one to play, hopefully it turns out the ace of trumps and not the two!.  On the 22nd February l886 he landed at Larne and ‘he was welcomed like a King’.  The Unionists of Ulster were overjoyed, the great Conservative Party had finally espoused their cause, they had not been abandoned to Parnell.  Lacking an outstanding leader of their own they acclaimed Lord Randolph their hero.  His words were as explicit as Parnell’s were to the ‘Southerners’. He was promoting organised ‘loyal’ rebellion in defence of the Union, the Queen, and the Protestant faith!  ‘Now may be the time’, he said, ‘to show whether all those ceremonies and forms which are practised in Orange Lodges are really    living symbols or only idle and meaningless ceremonies….I do not hesitate to tell you most truly that there will not be wanting to you those of position and influence in England who would be willing to cast in their lot with you, and who, whatever the result, will share your fortunes and your fate.’  With these words he departed, as swiftly as he had come, never to return.     No one knew that there was in Dublin a diligent Southern Irish Barrister, working hard on his briefs at the Four Courts, on whose shoulders the   mantle would fall.  In the wake of Churchill’s visit, Edward Carson wrote to a Liberal Unionist friend: ‘Ulster will fight and Ulster will be right’.  The Ulster movement was born!

Page 096 of The Lamberts of Athenry Book 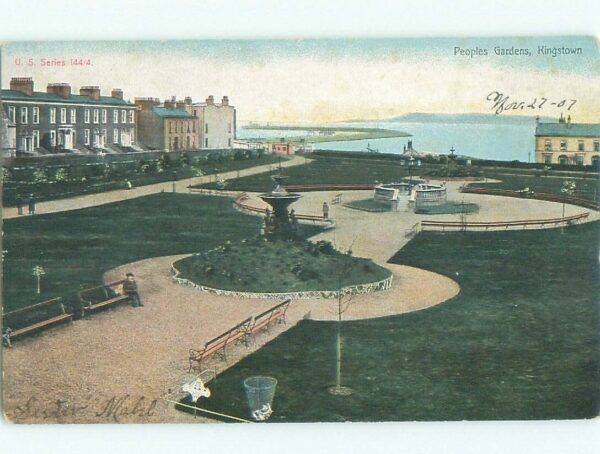 Jottings of my Life in Tyrone, Ireland – Aunt Jane

Aunt Jane Now, this world is made up of happenings over which we seem… by Elizabeth La Hiff Lambert
General History Archive | Education, History, People