Skip to content
Jottings of my Life in Tyrone, Ireland – Adventures with Henry 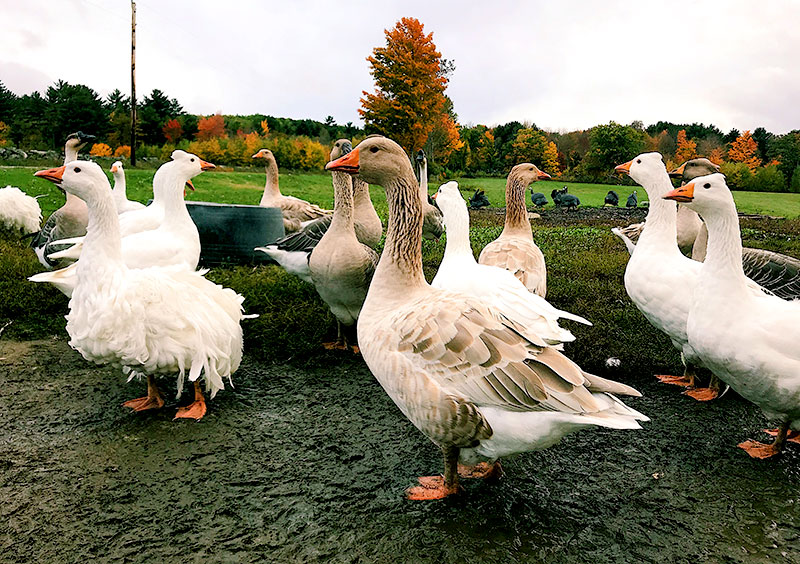 Adventures with, my brother, Henry

One time I went boating with my brother, Henry, and our cousin, Charlotte Lambert. It was a very small boat and only supposed to hold two people. My brother built it really for the accommodation of himself and his dog, so we had to be mighty careful how we moved about in it. We had only taken a light lunch with us and when we got out we began to feel really hungry. As we knew of no place where we could procure anything more to eat, we sailed near a little island. There we saw a flock of what we took to be wild geese, so my brother took a shot at one and killed it. We pulled it into the boat, and then thought it would be nice to go ashore, make a fire on the beach, and roast the bird.

I can still laugh when I think of the time we had trying to pick the feathers off that bird. After tugging at it for some time my brother thought it would be better to skin it. We thought it a bright idea. But even when he sharpened his pen-knife well, he found it difficult to cut that wretched flyer. So, we decided we could eat no part of it but the breast. After cutting off a few slices, we laid them on a piece of slate-like stone and put the whole thing over the fire, which in the meantime had gotten good and bright.

Everything seemed to be going on all right and the choice morsels were cooking nicely in a way that would make your mouth water when, to our surprise, an uncouth-looking man with his face nearly covered with straggling whiskers and wearing a white bawneen shirt and grey pants came towards us. I got quite frightened. I really thought he was going to kill us. We could not understand a word he was saying, but he kept pointing at what we were cooking and we thought he might be hungry, so we made a sign to ask him to take some of it. My brother thought that perhaps he needed money, so he offered him a shilling. The man just looked at it and turned on his heel and walked away. In the meantime, our cooking was so spoiled, we could only chew on what was left. We hurried off the island as quickly as we could. We afterwards found out that it was a tame goose of his we had killed. We felt very sorry, but could not find out where he lived until sometime later. We mentioned it to some village people who happened to know of his whereabouts, and I am quite sure mother saw that he was well paid for the loss of his bird.

Any time that my brother Henry had a daring deed in mind, he was pretty certain that “yours truly” would be only too glad to help out when needed. One time he wanted to get some young hawks as he had been watching them for several days. I remember they were in a very tall tree that had hardly any branches, so he had to drive big staples into the trunk and make loops of wire, by which means he could get up to the nest easily. He went up first to see if any if the young ones were fit to be taken away, as he intended to make pets of them. Then he took off his coat and covered my head and arms, so that the mother bird could not hurt me. Then he handed me two of the young ones, which I put in my pinafore. I forgot to say that, after covering me with his coat, he went up the tree again, and I followed him about half way. I will never forget the way the poor mother dashed around us; I was afraid she would claw my brother’s face and pick his eyes out, but I am thankful to say nothing like that happened. We kept the baby birds for quite a long time when one of them died, so we thought it was better to give the one left a chance to regain its freedom, thinking perhaps it was too confined for her. She flew away and, to our surprise, returned late that night with a little bird in her claws, which she promptly devoured on the windowsill. Sometimes she would remain away two or three days at a spell, but would return again perhaps really hungry. She kept this up for several months and then disappeared completely.

When my brother Henry left home to come to this country as a mining engineer, it nearly broke my heart. It was the first break in the family, and I thought we should always be together. However, I was sure that someday he would come back and marry our cousin, Charlotte Lambert, who I knew was in love with him.

Mother nearly fretted herself ill when he told her he was going away, and she remained in bed for several days. Life, I thought was altogether changed after he left, and often I would go down to the strand to wander o’er the seashore and imagine I could see him returning in his little boat from some exploring adventure. One afternoon I spent a long time looking for his little boat but could not find it. I tried to get through the underbrush to visit his little house in the woods, and after nearly tearing my clothes off with the rough branches that got in my way, I succeeded. But there was no sign of anything there. Quite a long time afterwards, when strolling on the island, I happened to look up through the branches of the tall trees that were there, and what should I see but his little punt snugly fixed between two branches of a tree and completely hidden from strangers. I sat down and wondered what he was doing, and it seemed so sad to think that his little boat was up there, and he so far away. 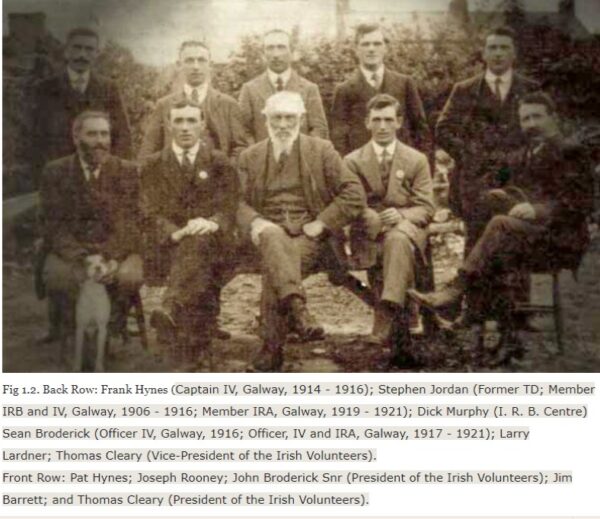 The 1916 Easter Rising in Athenry and County Galway

The first branch of the Irish Volunteers, in County Galway, was formed… by Finbarr O'Regan
Easter Rising Archive | Education, Politics