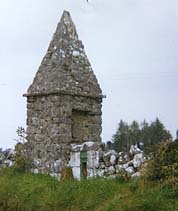 At Cahertymore Cross, on the back road from Athenry to Galway, stands a large and impressive stone-built monument.  In March 1968 the County Council were considering knocking it as they found it so near the crossroad’s that it would obscure the STOP sign which they intended to erect there.

Fortunately they hesitated, someone thought that maybe the Dept. of Archaeology in U.C.G. should be consulted first, and I inspected the site.  Though only six months in Galway at the time, I recognised the monument as being similar to the wayside memorials on the Aran Islands, ( which at the time I had never visited! ) and advised against its destruction, suggesting that if the intended warning sign was not put at the requisite distance from the corner but almost on the corner itself, then it would still be easily seen in good time by approaching motorists.  This was agreed, done and the monument was saved.

The next step was to examine the monument and to find out something about it. It consists of a four and half feet square pillar, seven and half feet high and topped by a projecting ledge above which were the remains of a pyramidal roof-like cap ( the cap was restored in 1978; it now ends in a blunt point and is about six and a half feet high ), the total height of the monument rises about fourteen or fifteen feet above the level of the road.  In the south side, that facing towards Athenry, is a shallow rectangular recess, two foot and ten inches high, two feet in minimum width, and up to ten inches in depth, clearly originally the seat for a now missing inscribed plaque.  The only clue as to whom the monument commemorates was that it is marked Laghta Oliver Brown on the relevant Ordnance Survey 6-inch scale map (sheet 71 for Co. Galway).  In the wall adjoining the south face of the monument is an interesting letter-box but that’s another story!

Further research revealed that there are similar monuments at Menlo, near Galway ( dated 1693 ), at Lavally, near Clarinbridge ( dated 1717 ), at Abbeyknockmoy ( plaque missing ), and also just a very short distance outside the Galway county borders at Cong, Co Mayo, where there were two (one dated 1712 and the other now long gone), and at Tober Phadraig, on the Corker Hill, Co. Clare ( dated 1705 ).  A date within a decade or two on either side of 1700 therefore seems reasonable for the Cartymore monument.  A bit of detective work was required.  A fine carved plaque in the large window of the north transept of the Dominican Priory in Athenry asks for prayers for the souls of Captain Oliver Brown, of Cularan, his  wife Julian(a) Lynch who erected the plaque for them both, and for their posterity, in 1686. Grand!  Coolarne was the Big House up the road from Cartymore, and where better to build a leacht cuimhne (memorial monument) than on the main crossroad’s between where he lived and where he was buried ?  This seemed to provide a possible answer, especially when it is realised from the Athenry plaque that Captain Brown was still alive in 1686 clearly a somewhat later date is probable for the Cartymore memorial.  But could one do any better ? Yes and no. A letter to a former student of mine, Paul Walsh who is on the Archaeology staff of the Ordnance Survey, elicited the information that the Name Book dated 1892-1928 and which deals with the relevant map informs us that the monument, was erected to the memory of Oliver Brown who was killed off his horse at this spot in 1628 as local readers of the tablet on the structure, which is now removed, can testify. If this date is correct, then the Cartymore leacht is sixty-five, seventy, or more years earlier that the other similar monuments, which on the face of it seems extremely unlikely.  Should that date read 1728 ?  As the plaque was apparently removed when that note was written it is quite possible that the hearsay evidence could be inaccurate.  I leave it up to your-selves – and if anyone finds the missing tablet from the monument, please let us know!

Page 229 of The Carnaun Centenary Book 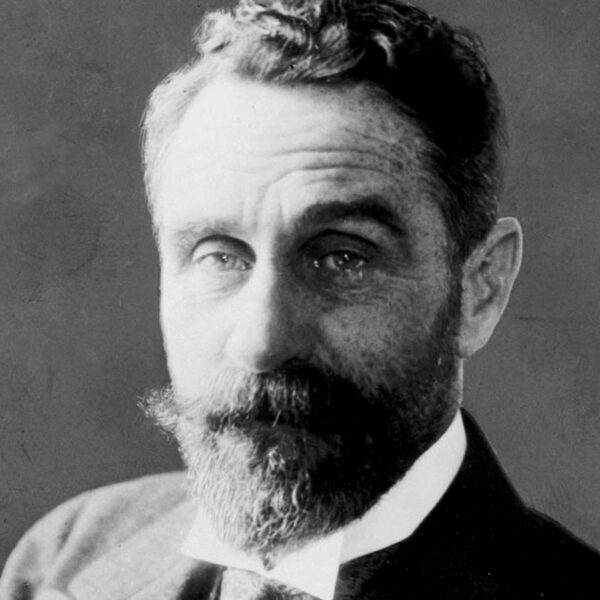