Skip to content
Looking at Life from Both Sides

This title is of particular significance for me as I have had the opportunity of viewing life from both sides of the teacher’s desk.  Strangely enough, the memories of my early years in school are much more vivid than those which followed at second and third level.  Clear impressions still remain of life in that small classroom as the years now appear to pass at an ever-increasing speed, and even relatively recent happenings seem to fade and become unclear.

Back in those days, time seemed to pass much more slowly.  The whole process of growing up, and what would eventually become of us, seemed an eternity away as we sat at the solid pine and cast-iron benches under the watchful and capable supervision of Miss Babs O’Regan.  My most vivid memories of playtime seems to be of the high window sills outside the senior classrooms which I frequently found myself being perched upon by the Master, Mr. O’Regan (ar dheis Dé go raibh a anam dhilis) why then I never really figured out, but now it appears to be the only place I could have survived due to my tiny structure when the going got tough.
We were not influenced by the forces which are such a power in the world of today.  Television was barely more than a word to any of us and we were certainly much more naive and unworldly, and unaffected by events of global or indeed even national significance than the children of the present day. O, we were aware of the fact that in October 1957 a dog named Laika was sent into space with Sputnik 2, survived its mission and set the stage for man’s long dreamed of entry into space, that the Berlin wall was built and that the Russians under Mr. Kruschev were always ready to declare war but for the brave old “Yanks” we thought we would be gone “Carnaun School” and all.

But there were other matters of a more immediate importance, however mundane or routine they might appear.  It’s funny the scraps of memory that linger seemingly trivial things-like the lunchtimes, the bottles of tea and cocoa (no less) bubbling on the hob of the big old fashioned fireplace, and the occasional look of consternation on the face of some unlucky individual on realising that the overheated bottle which had just cracked was his.

There were certain modes or methods of punishment which were a source of uneasiness, one might say, such as the visit to the Master’s room.  This was not greatly to be desired.  If, however, a misdemeanour such as the raiding of Joyee’s orchard on the way home from school was deemed sufficiently serious the guilty party might be despatched to the Master, to be dealt with as he saw fit.  The bark, however, as they say, was generally worse than the bite.

Gone now is the era of the bicycle with children cycling four or five abreast down the Carnaun road or whatever the width of the road would allow, or for those of us who had to walk, the shortcut across Walty Walsh’s field.  This having the advantage of allowing us to study nature in depth particularly on our way to school resulting in anxiety for our teacher Miss Burke who had frequently to alter the roll book due to our late arrival.  In their place bright yellow school buses now ferry the children to a centrally heated building, with running water and “flush” toilets.  Changes have come about in the education system and the old subject-orientated curriculum has been replaced by a child centered curriculum.  Subjects such as Art and Craft work, Environmental study and Physical education have taken on a new importance.

As the technological age advanced and developed rapidly, the use of audio and visual equipment has become ever more widespread in schools.  There have certainly been advances and improvements, both locally and nationally, in matters relating to education.  A lot still remains to be improved upon however, not least of which is the fact that, at primary school level, we in Ireland still have the highest pupil teacher ratio within the E.E.C.

In retrospect and in the light of my own experience as a teacher, my lasting impression of the years I spent in Carnaun School is one of hardworking and dedicated teachers striving despite a poorly equipped, badly heated and maintained building, and an extremely unfavourable pupil-teacher ratio, to impart a decent education to the pupils in their charge and instill in them a sense of appreciation of their own dignity as people and of all that is good in life. I feel sure that many of the hardworking young parents of the parish, now with young families of their own, are themselves in some way a testimony to the success of their efforts.  However, on a personal note, I can have no complaints about my lot.

Page 007 of The Carnaun Centenary Book 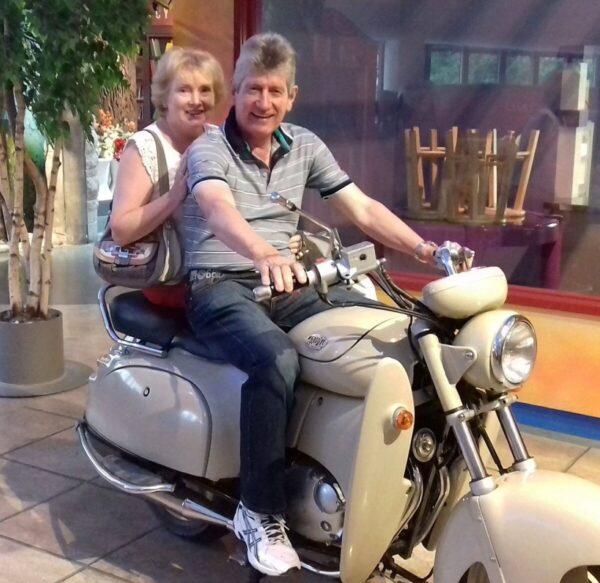 Carnaun and Music Back in my school days which was in the famous sixti… by Pakie Feeney
Carnaun Centenary Archive | Environment, History, Music, People