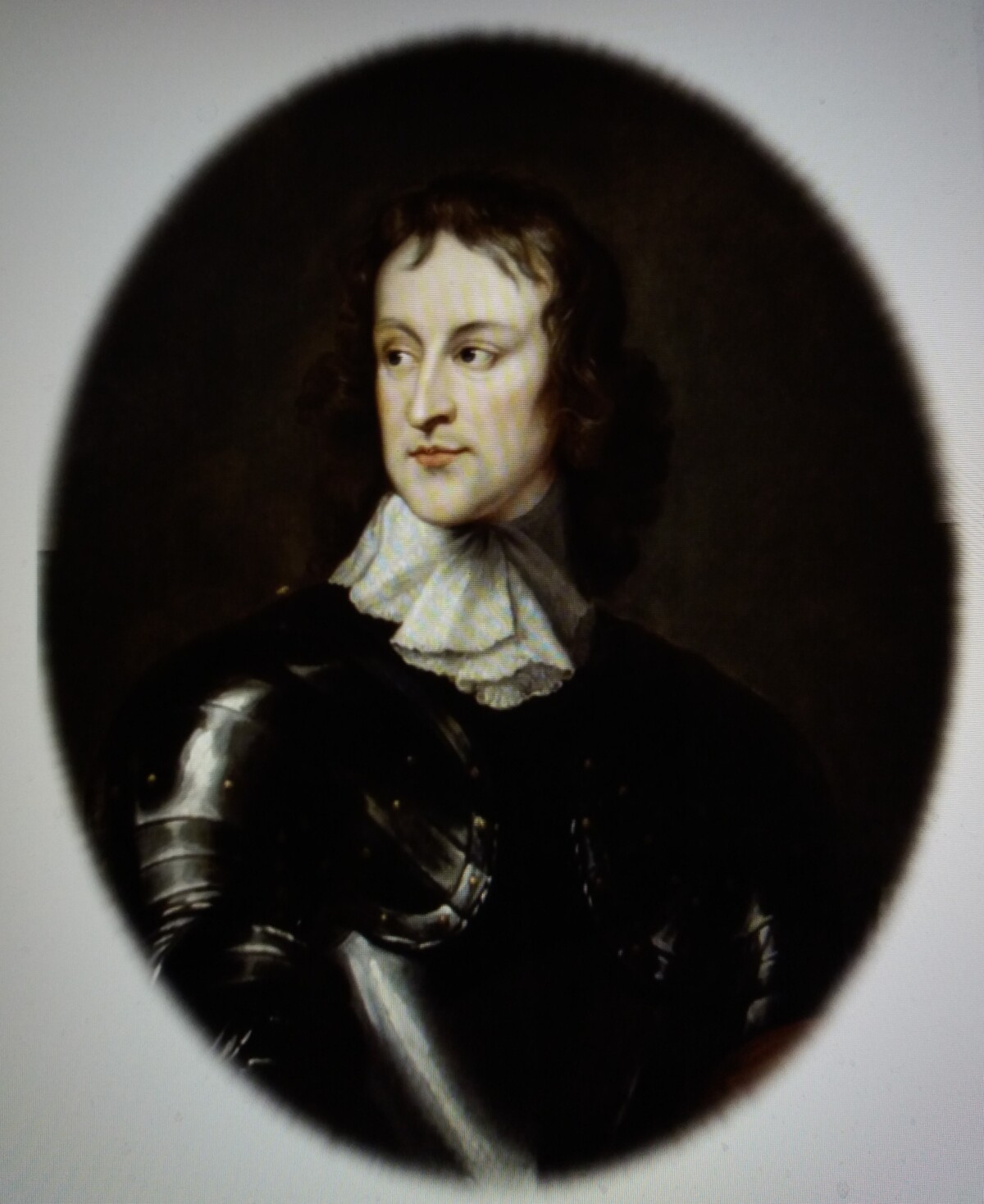 General Lambert, commonly called the “Lord Lambert,” probably from his having officiated as Lord Chamberlain at the inauguration of the Protector, was born at Calton Hall, in the parish of Kirkby-Malhamdale, the 7th September 1619.

He is said to have studied the law in one of the Inns of court, but he never practised the profession. At the very commencement of the struggle between King Charles I. and the Parliament John directed the siege of Skipton Castle; and in 1643 we find him holding the rank of colonel, and commanding, in conjunction with Colonel Meldrum, a sally from the besieged town of Hull.

On April 17th, 1647, the Earl of Warwick addressed about 200 officers in the church at Saffron Walden, urging them to encourage the men to volunteer for service in Ireland. Lambert was the spokesman for his brother-officers, and replied by asking what security there was for the payment of arrears and indemnity for past acts. The commissioners could only reply that no provision had been made for ,settling the claims of the soldiers; but Fairfax assured the commission that he would express a wish that the officers should volunteer for Ireland. In June, 1647, General Ireton, Colonels Lambert, Rich, Desborough, and Sir Hardress Waller were appointed as commissioners on the part of the army to prepare heads of a proposal for the settlement of the peace of the kingdom, but all negotiations failed. In August, 1647, he was appointed major-general of the five northern counties; and though he possessed unlimited power of jurisdiction, he was said by Clarendon, Whitelocke, and others, to have used that power “with great wisdom, moderation, and justice.”

He fought many minor battles in 1648, and was with Cromwell at the battle of Preston, where he defeated the Duke of Hamilton and Sir Marmaduke Langdale. In March 1649, Lambert was at Knottingley. In the same year he joined Lord Fairfax, Major-General Skippton, Overton, and Desborough in striving to save the life of King Charles I.

On the 25th June 1650, Major-General Lambert was appointed second in command of the army. On the 29th June he left London, marched to Scotland, joined Cromwell, and fought the battle of Dunbar; and afterwards took Edinburgh, Leith, and Burntisland. On the 11th August, 1651, he was at settle, in Craven, with five regiments of horse.

On the 28th August 1651, he assisted at the capture of the City of Worcester; and on the 9th September the House of Parliament resolved – “That lands of inheritance in Scotland, to the yearly value of one thousand pounds sterling, be settled upon Major-General Lambert and his heirs, for his great and eminent services for its commonwealth”.

Lambert was sent to Edinburgh to endeavour to make a final settlement of affairs between England and Scotland, and in 1652 he was appointed by parliament Lord Deputy of Ireland; but on account of some curtailment of the powers he relinquished the appointment.

In 1653 Lambert was returned one of the MPs for the West Riding of Yorkshire. On the 16th December, 1653, “Major-General Lambert in the name of the army and of the three nations, after averting to the dissolution of the late parliament and the exigency of the times, did, in the name of the army and of the three nations, desire the Lord General to accept of the Proctorship upon the terms proposed in the Instrument of Government, which was read aloud, and the oath was administrated to him, which he took and signed. After which Major-General Lambert, kneeling, presented to him a sword in a scabbard, representing the civil sword, which, putting of his own , he accepted.” At the opening of the parliament General Lambert sat in the coach with the Lord Protector and his son Henry, where the usual ceremonies at the opening of a parliament were observed, and on alighting General Lambert carried the sword of state. Whether from this circumstance of acting as Lord Chamberlain, or from having been appointed Lord Lieutenant of Ireland, does not appear; but on his appointment to the Council of State, where he is the first named, and after the opening of this parliament, both in the “Journals” and elsewhere, in the directions of letters to him, he is always called the Lord Lambert.

On the 19th October, in a Committee of the whole House upon the Act of Settlement, Lord Lambert, in a long speech, advocated that it was necessary to make the office of Protector hereditary; but, on a division, to the great surprise of the Lord Protector and his friends, 200 members voted for election, and only sixty for hereditary succession. Cromwell shortly afterwards dissolved the parliament. In September, 1656, Lord Lambert was again elected one of the members for the West Riding, and at the opening of the parliament he was named upon all public committees. Although he had been the principal means of raising Cromwell to the Protectorate, he showed himself entirely opposed to the Protector being declared king, who, finding that his own relatives, Fleetwood, Desborough,were also opposed, was compelled to give up, and on the 8th May, 1657, formally renounced the idea.

From this time Cromwell considered Lord Lambert a declared enemy, and soon after deprived him of all his offices and employment’s; he thus lost his seat in council, the Lord Wardenship of the Cinque Ports, and other places about the court, a regiment of cleverly and another of foot, the pay of major general in the army, and the pay attendant on that rank in the five northern counties. Cromwell, fearing to make too much of an enemy of a man having so much interest among the soldiers, settled £2,000. a year upon him; and he retired to his house at Wimbledon, where he devoted his time to the cultivation of flowers. Cromwell soon after dissolved the Parliament, and did not live long enough to summon another, as he died on the 3rd September, 1658.

Richard Cromwell succeeded, and a parliament was called for the 7th January, 1659. Lambert being elected as Member for Pontefract, under the title of John Lord Lambert, he was yet again named upon all public committees, and was as active and resolute as ever in defence of the Constitution which had taken so much trouble to establish.

In 1659 Richard dissolved both council and parliament, and soon after resigned the Protectorship; and a conspiracy and insurrection of the old loyalists being discovered in Cheshire, Lord Lambert was appointed to take command of the army to put it down, and at a battle near Northwich, on the 16th August, entirely routed and defeated Sir George Boothand the insurgents, and quelled the insurrection. The arliment for this service resolved, “That a jewel of one thousand pounds value, with a letter of thanks, be presented to the Lord Lambert, as a mark of favour for this signal service.” In September he left Cheshire, and retired to his seat in Craven.

In November, 1659, General Monk appeared with his army on the borders of Scotland, and Lord Lambert was deputed to meet him, and would have fought him at Newcastle; but, against his advice, a treaty was projected between Monk and the Council of State, which ended in the restoration of the Stuart family to the throne. Lambert returned to London, and was by Monk’s intrigues committed a prisoner to the Tower of London; from whence he contrived to escape, but was seized at Daventry by Colonel Ingoldsby.

Lord Lambert was elected member for Ripton in two parliaments, but was not allowed to take his seat. He was not concerned in the trial or execution of King Charles I., but he was, in spite of efforts made by the House of Commons, kept in close confinement in the Channel Islands. He was conveyed to the island of Guernsey in October, 1660, and confined in Castle Cornet. On the 17th February, 1661-2, a licence was granted to Mrs Lambert, with her three children and three maid-servants, to go to Guernsey and remain with her husband.

In April, 1662, General Lambert was, with Sir Henry Vane, brought to England and tried in June 1662; and in the 25th July a warrant was issued to Lord Hatton, the governor of the island of Guernsey, to take into his custody “the person of John Lambert, commonly called Colonel Lambert, and keep him a close prisoner as a condemned traitor until further orders.” On the 18th November following, directions were given from the king to Lord Hatton to “give such liberty and indulgence to Colonel John Lambert within the precincts of the island as will consist with the security of his person”

On the 3rd December, 1667, the petition of Mrs Lambert that Colonel Lambert and herself might take a house for themselves and family to live in, leave was given, he passing his word, or giving security, to remain a true prisoner.

Later this licence seemed to have been revoked, and in 1667/8, Colonel Lambert appears to have been in bad health, and leave was given to Frances Lambert, who married Charles Hatton, son of Lord Hatton, the Governor of Guernsey; who petitioned the king on the subject, and stated that the match was made entirely without his knowledge, and that becoming aware of the marriage more than a year afterwards he turned his son out of doors, and never since gave him a penny)

In 1667 he was removed to St Nicholas Island (otherwise called Drake’s Island), in Plymouth Sound, at the entrance to the Hamoaze, and sadly he died there during the severe winter of 1683. The site of his grave is not known.

Page 023 of The Lamberts of Athenry Book 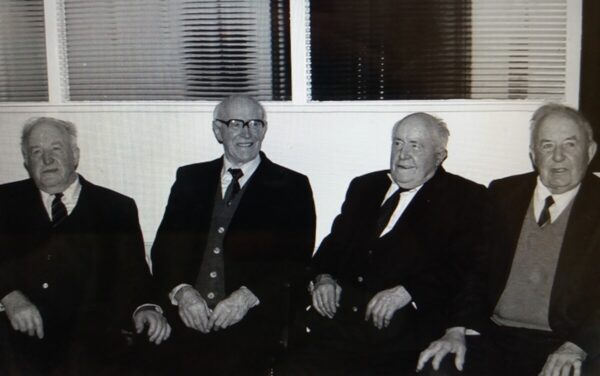