Skip to content
My Days in Carnaun National School 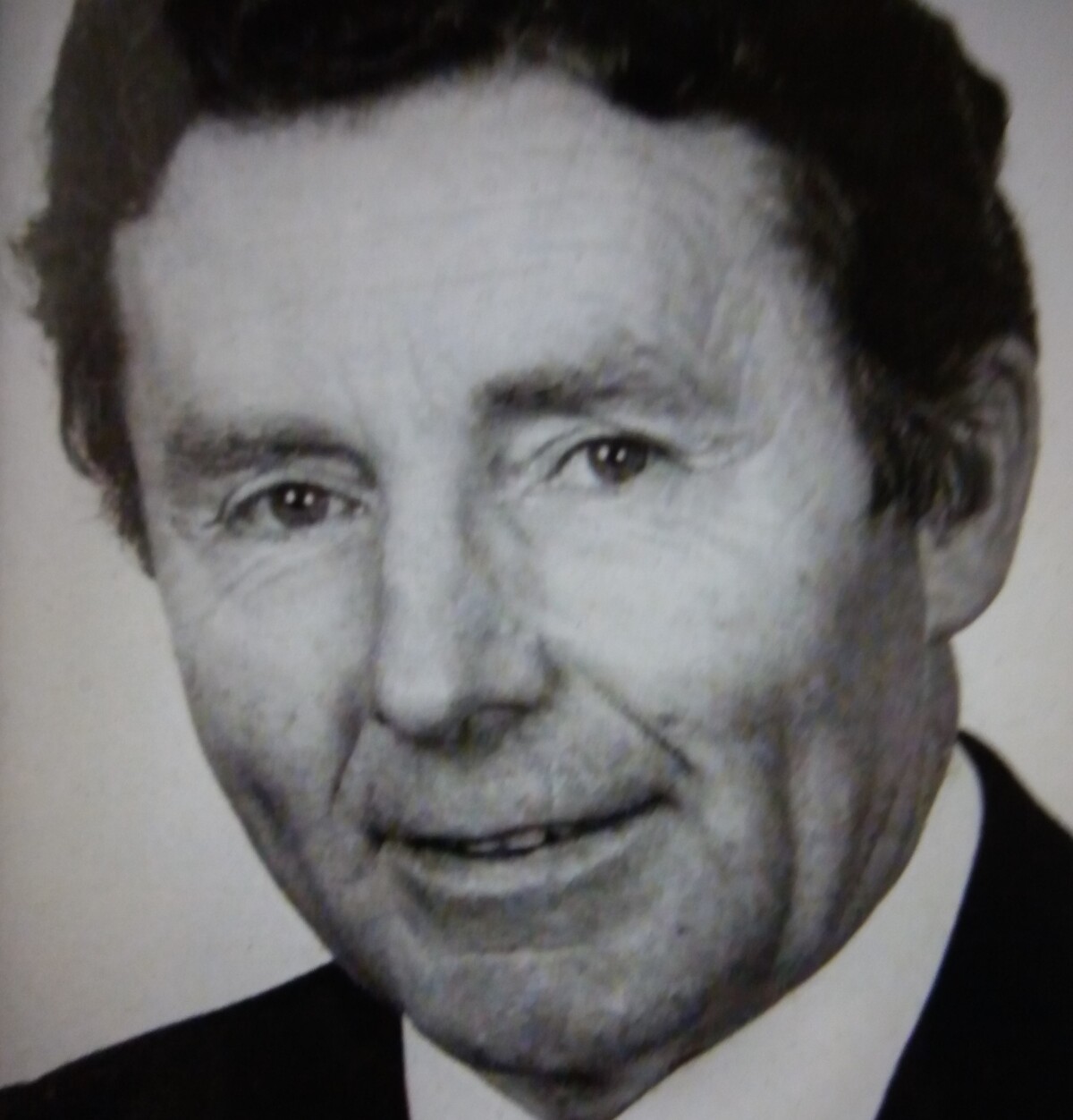 On my first day there was a big welcome from the Master, Mr. Tim O’Regan.  He was standing at the school gate (waiting just to welcome me I foolishly thought), looking every inch the master with his well groomed appearance and steel rimmed glasses. I was escorted to the classroom and introduced to Miss O’Regan (the Master’s sister), who put me sitting in a small seat beside my brother, Walter, who was 15 months older but he also started school on the same day.  There were other beginners also on that day, resulting in lots of confusion and a few tears.

The excitement about going to school soon gave way to very different feelings.  Being confined for so many hours in a classroom each day, when I could be doing more exciting things at home, was time wasted, I felt.  In a word, school to me was a kind of prison and it was to get worse.  It was bad enough to be confined in school, but when I got older and was expected to spend much of my time at home doing school homework, it was the last straw.  Needless to say, I was neither a good nor a willing student at Carnaun.  My interest in learning was rather a late vocation, but that was certainly not the fault of the Master, who did his best for me but, as they say, “you can take a horse to water, but you cannot make him drink”.

Just as one remembers only the fine summers during youth, so it is with me, I can only recall the more pleasant aspects of school like the games we played in the schoolyard, what we got up to coming home from school and, of course, the summer and Christmas holiday breaks. I remember too the preparation for the new school year as it meant a trip to Galway for clothes and especially boots.  Prior to school opening, my mother (father having died when I was eight), would get out the horse and trap and take roughly half her ten children to Galway for shopping.  That, for me, was always a most exciting event. I saw motor cars (which one very rarely saw in the countryside), and electric light, which was a wonder still not enjoyed in rural areas, plus all the grand things in the shops and the smell of fresh bread from the G.B.C., plus the mouth-watering sight of the confectionery there.

A visit to Lydon’s cafe for a treat, was always eagerly awaited and occasionally, if time and weather permitted, a spin in the bus from Eyre Square to see the sea in Salthill was a cause of great excitement.

These are wonderful memories for me, but I often wonder now, as an adult, how on earth my poor mother endured the hardship.

The new boots for school (usually purchased in Logues), had to be strong and heavy to withstand, not only what small boys can normally do to footwear, but also the rigours of bad stoney roads, farmwork, and yes, football in the school yard.  Football boots had not yet arrived in Carnaun.

Before use, the boots had a good layer of studs put on the soles and steel tips put on the toes and heels, not just to weigh me down, but to prolong the life of the boot.  A liberal supply of goose grease or dubbin was applied to the uppers in the belief that it would protect the leather against the rain.

The new books too had to be given the right treatment. I loved the smell and feel of new books, and enjoyed putting covers of brown paper on them to protect the original covers.  That, however, was almost the total extent of my interest in the books.

Winter was the hardest time.  Getting up in the dark was bad enough, but without electricity, central heating and carpets, it was much worse. The first shock was the cold linoleum on barefect on getting out of bed.  Then a candle had to be found for light and the fire had to be kindled to boil the kettle to make the breakfast.  It all took so long that one had to be up very early.  The only merit winter had was that we made slides when it was frosty and we had no school when it snowed, and during the long winter nights we listened, around the fire, to the story tellers. Spring and Autumn were better but Summer was the best of all.  Going to school in Winter was less exciting and there was less time to play coming home.

In school classes were large and mixed.  During the lunch break the girls had their school yard and the boys-well we had a much larger space, of course, we needed for our game-a form of Gaelic football.
Usually it was Carnaun versus Castle Lambert, and it was not unusual to have very heated controversy about fouls or scores.  That was hardly surprising when you consider that we had no fixed number of players on the teams, no referee, no goalposts or crossbar, only two stones indicating where the goalposts should be.  Controversy, however, only rarely ended in fisticuffs, and grudges rarely lasted more than 24 hours.

Strange as it may seem now, we actually looked forward to discarding the boots for the summer months.  In fact, we often started in April by taking the boots off after leaving school and putting them on before reaching home.  All this was despite the lack of smooth tarred roads and plenty of stones in the playground where we played football in our bare feet.  It was no great sacrifice-we loved the freedom of discarding the heavy boots.  Of course, we had casualties-stone bruised toes or thorn pricks, and nettle stings etc., but it was worth it, we felt.

There was plenty of fun on the way home from school.  We occasionally taunted Coffey’s bull by throwing stones at him from the safe vantage point of a high wall, until the animal was in a terrible temper, roaring and rooting the ground.

Occasionally too we would change the route home, to rob an orchard or to visit Dick Williams’ forge, where we watched in awe as the red hot horseshoe was applied to the hoof sending a pungent cloud of smoke upwards to the ceiling.

If the smith was in a good mood we might be allowed to blow the bellows and admire the sparks flying as the long handle of the bellows, topped with a cows horn, was pulled downward.

In summer, we detoured to pick wild strawberries, especially in Morrissey’s wood, which we ate on the spot, or to pick wild mushrooms which we put on a string in the form of a necklace, and brought home to be cooked on the top of a Stanley range with a liberal supply of salt.  To this day, I can remember the flavour of these wild mushrooms cooked on the Stanley-a flavour unique and unequalled, I  believe.
We hurled too along the road, somewhat in the style of Fionn McCool, with crooked sticks improvising for hurleys and stones for a ball, when we had not got a ball.  Stones were plentiful on the roads since the roads were not yet tarred and the stone crusher with its big hissing steam engine was a regular visitor.

We watched in awe as the crusher smashed big stones into little stones, which were then used for repairing the road.

Looking back now, I often think what a miracle it was that we had no serious injury with stones (although I have a few marks to show from stone cuts), as we hurled them, threw them and made both slings and catapults to enable us to launch stones further.  All of this, needless to say, was unknown to the Master or our parents.

Other occasional attractions going to and from school were the corn-threshing or the hunt (Galway Blazers), or the farmers mowing the hay or cutting the corn or shearing the sheep.  Occasionally too, I might be brought to the cattle and sheep fair in Athenry.  This was very exciting (even if it meant getting up at 3.00 a.m.) and made me feel very important – far better than going to school, especially if the homework was not done.

All these and many many other memories of events and names flash into my mind as I think of Carnaun National School.
Some 12 months or so after full time attendance at Carnaun ‘ I got the vocation to study, and was duly despatched to boarding school in Ballyfin in 1948, which for all practical purposes meant the end of my residency in County Galway, as I went from there to university and qualified in University College Dublin in 1956, after which I studied in Germany and came back to work in UCD.  From there I went to UCC, as a Professor in 1964.

I have never been back to Carnaun School, but I look forward to attending the celebrations this year.
Only once did I meet the Master after I left. I was already then in UCC, but unfortunately he was by then in poor health and regrettably died soon afterwards.  Many years later I met Miss O’Regan who was then in very advanced years, but in excellent spirits and was I pleased that she recognised and remembered me?

Although I was an unwilling and an undistinguished student in Carnaun, I can honestly say that I was given, in spite of myself, an excellent foundation from which to launch my academic career when the mood hit me in later years.

Having now spent 30 years teaching adults, who are anxious to learn, I never cease to marvel at the patience and commitment of people, like Tim and Babs O’Regan, who worked with children like me, many of whom were interested in everything but learning, and yet succeeded somehow in fixing some things in my mind which are there solidly to this day.

To them, a great debt of gratitude is due, which I am happy to express.  May they rest in peace, and may Carnaun National School continue to have the kind of commitment to educating the youth of today, and of the future, which the O’Regans and many other teachers displayed in the past.

Editor’s note: A book, on Professor Raftery’s life was compiled by his son Tom. This is an excellent social history covering the exciting career of an exceptional visionary and teacher who had a great impact on the lives of his students and those who worked with him!

Page 063 of The Carnaun Centenary Book 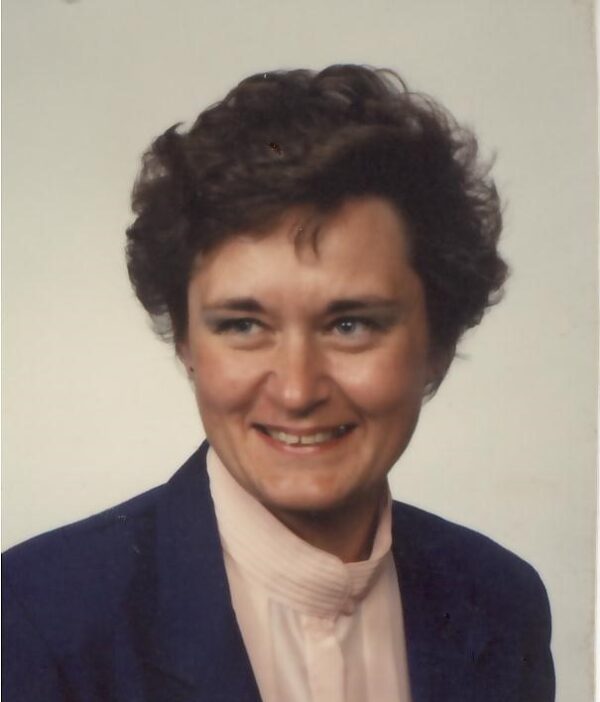 I was only four when I started school. I don’t remember how I got ther… by Sadie Lanthier
Carnaun Centenary Archive | Education, People, Religion, Townlands