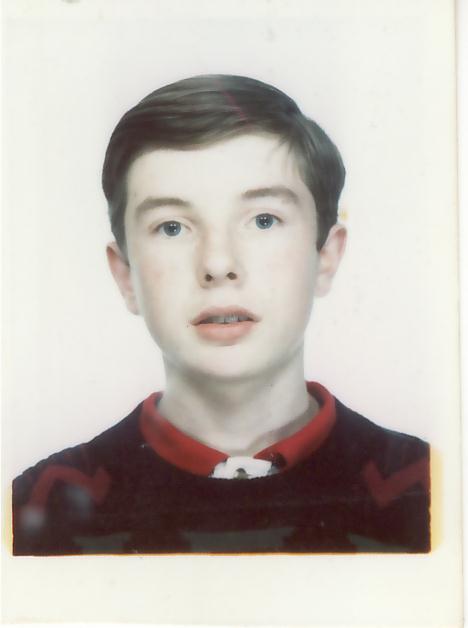 Richard Fitzgerald, a young Norman, lived in the keep, now a ruin, behind Carnaun School. The Normans put “Fitz” in their name meaning “son of”. He normally rose with the sun in order to let his cattle and other animals out of the “buaille” or bailey. The animals were guarded by day and brought in again at dusk. This was for fear of small bands of rebellious Irish who felt they had a grievance against the people who invaded their lands and took their cattle and other possessions from their fathers.
Richard and his wife Eleanor and their four children Gearoid, Aoife, little Richard and Dominique aged from six to twelve spoke French, though they picked up some English while they were on their way from France. They also spoke enough Irish to communicate with the locals with whom they were fairly friendly. His first words in the morning were “ouvir le pont-levis” meaning “open the draw-bridge”. The draw-bridge was supported by two large stone pillars in the wooden fence. There was always a contest between the children for the job of letting it down but not so much so when it came to pulling the heavy oaken planks up at dusk. The purpose of the draw bridge was to allow easy passage over the swampy moat for the family and their allies or friends. Enemies also had to negotiate a purposely grown hawthorn hedge around the bailey. It was well maintained as the safety of his family and his livestock depended on it.

He and his older, more powerful brother William of Carnaun Castle, received their land from their friends and relatives—the De Birminghams in Athenry—descendants of the great Meiler De Birmingham. William rented most of his land to Richard in return for soldiers’ work done around the castle and for food if the soldiers stationed at the castle ran desperately short. Richard had ten fighting men for William when he needed them for feuds, battles and cattle raids. Times were peaceful now but Richard remembers well the great battles they fought to win the land from the Irish and the Danes.

Their last great raid was when they took lands along the Bay of Galva from Guaire, the local chieftain, and built a replica of the newly built Carnaun Castle on the site of his fort at the head of the sea at Cinnmhara or Kinvara as it is now called. Any land Richard didn’t want he then in turn rented it to his friends, the O’Kellys, Hynes and Hession families or Hessims as they were then known. These native farmers lived in the ringforts in the surrounding area. Their children played together in peaceful times and the adults would visit each other in the evenings to discuss the pleasantries of the day.

The Normans depended on the services of some local tradespeople and craftsmen. Held in high regard by the Normans was the Tannion family. Tannions were blacksmiths by tradition and were noted for their skills in making and keeping weapons in good condition. Richard, William and the farmers in the surrounding area shared a blacksmith. There were several forges in the medieval town of Athenry, the capital of Clonrichard. A headstone of special interest commemorates a blacksmith called Tannion which is not only carved with a large cross but also with two bellows, a horse shoe, and anvil, a hammer and a pincers. Another headstone for Hessims has carvings of ploughs and parts of ploughs thus indicating the farming status of those commemorated.

The Irish and the Normans shared the same priest. He lived in the keep as the oldest church in the Archdiocese of Tuam was only a hundred yards away. On Sundays, Richard and William, their families and a few neighbours would gather in the church for Mass. From there they went on to the Castle or the keep for a feast to eat together and pass the holiday. The Normans loved feasting even if it meant going hungry from time to time. Of course, the Irish didn’t mind joining in either. They ate all types of meat which was available locally. The venison and the beef they salted for the long winter. They drank mead, a mixture of fermented honey with water and herbs. They played chess and fichell— another type of chess first played by the Celts. When they had drank and eaten their fill a poet would begin to recite poems and ballads telling of times gone by. A poet first became a reciter then a file and after twelve years an Ollamh. The poems were told in the “Dán Oireach”, a style of writing that was very hard to master. There was an element of rivalry between the lords, squires and chieftains as to who would have the best poet.

A holy day or the visit of an important Norman noble was a great excuse for a feast in the castle of Athenry. The children were always very excited by the news of a feast as they rarely visited Athenry because of the danger of an ambush between Carnaun and Athenry. They knew they would at least get to stay one night if not two or three. They loved to see the Dominican Priory of Saints Peter and Paul where they would eventually go to university to study law. Their father loved to show them around the great university town built almost entirely by the ancestor Meiler De Birmingham.

The highlight for the children was the walking the walls. They all took care to fill their pockets and fists with stones to drop from the wall into the moat. They were shown the great expanse of land that stretched out from the walls. Passing through the upper rooms of the five gate keeps in the wall they saw how well the town was defended. There were piles of rocks and spears stacked in each corner for use in the murder hole. They were familiar with the biggest one—the North gate as it was very much like their own home apart from the archway underneath. They would meet the children of the fighting men that served at the gates. They loved to sit and listen to the stories told by Sergeant Swan at the western gate while they looked out at the camps of the allies on the plain outside. The working of the portcullis amazed the young boys and they looked in fear at the murder hole.

Occasionally they went with their father to see the great baron in the castle. They first climbed up the wooden staircase to the guard room (main guard) where the fighting men lived, then up again to the great hall where the baron sat in state on the raised dais at the end. They then took a seat and moved along the wall as the baron dealt with the affairs of the nobles in the line before him. Soon it was their father’s turn to kneel in front of the great man and then discuss his business with him. Sometimes the lady of the castle invited them up to the family quarters in the north solar and they could look down at the happenings in the hall.

The highlight for Eleanor, Richard’s wife, was a walk through the busy narrow streets with her servant and other Norman wives. Tradesmen would eagerly show them their wares in the hope they would buy something. For the men feasting, discussing politics and problems with restless Irish were much enjoyed. Richard liked to meet with his friends the Friars from the Dominican Priory who often used Carnaun Castle as an out-church especially during the summer months.

When their parents were busy at the market or talking, the children went for a swim in the river Clarin. The river now flows inside the fourteenth century walls. This however was not always the case. The river was diverted inside the walls to supply fresh water to the town in troubled times and as a status symbol.

In 1641, James Bodkin owned one third of Karnan (Carnaun) and Redmond Bodkin owned the other two thirds. After the invasion of Oliver Cromwell, this land changed hands entirely. Eventually the Lamberts became the landlords in the area. Finally, in the early 1900s, the land was distributed among the tenants whose families now farm it. The keep and the land is now owned by the Rabbitt family. The keep is in ruins but sometimes, as one walks through it, in the quiet of a summer’s afternoon, the clash of armour, the frightened cries of women and children can still be heard. Mayby I’m just dreaming because the sound I hear could be sounds of the Carnaun school children reliving the battles of yore!

Editor’s Note: The prize-winning essay in our competition:, kindly sponsored by Rev. Fr. Michael O’Malley, C.C., Chairman of the Management Board of Carnaun School, is as follows:

Page 221 of The Carnaun Centenary Book 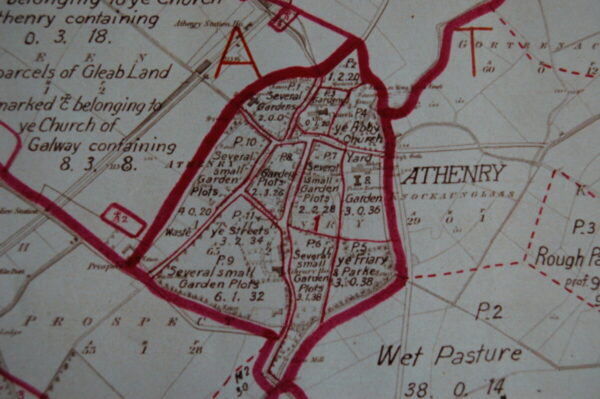