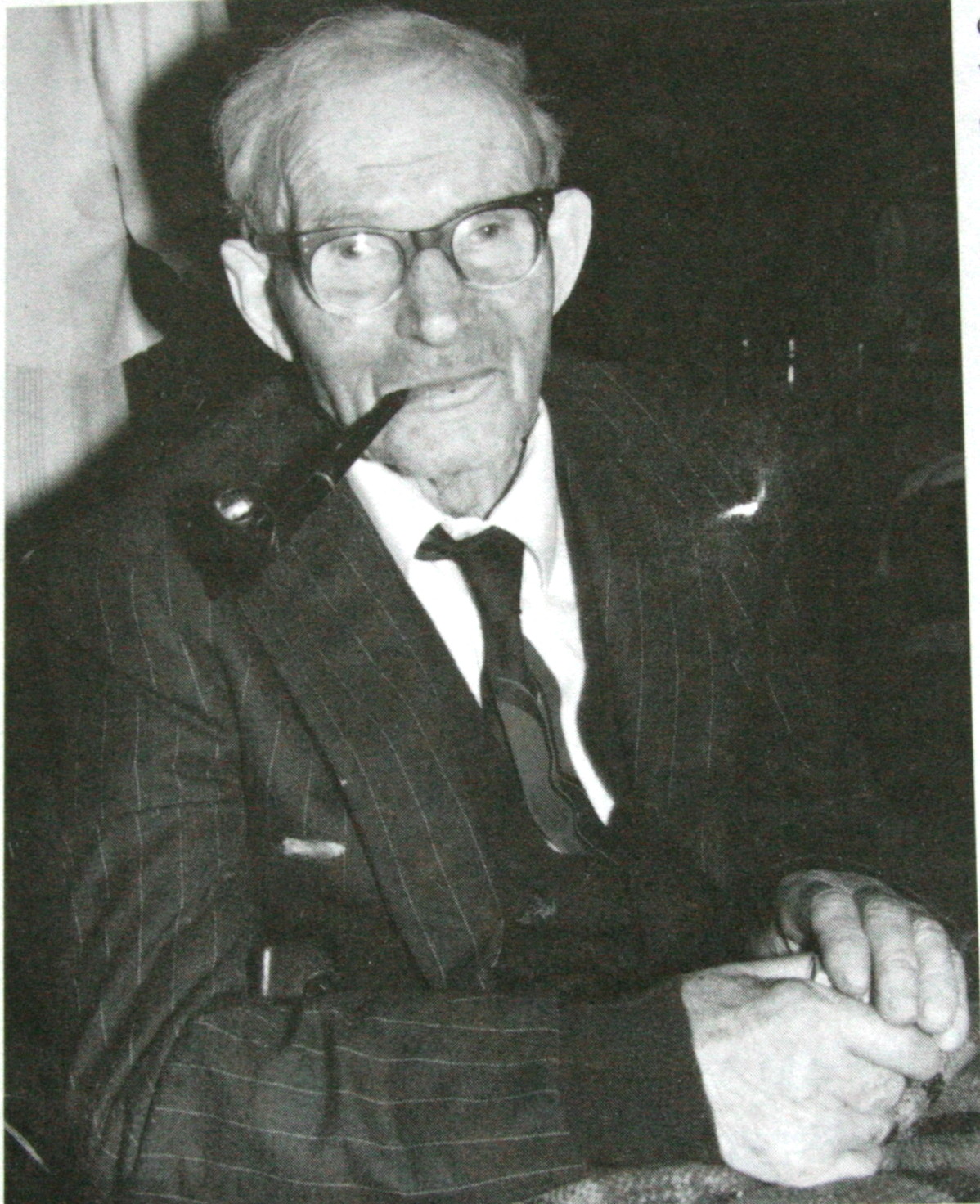 I was born in 1903, the youngest of 9 children, about 2 miles from Kilconnell, Ballinasloe. My late mother was a schoolteacher; and my late father, Tom Kelly, having obtained a job as a herd for Shaw Taylor, Moorepark, Athenry, the last landlord to farm the huge Castle Lambert estate, my family moved to Castle Lambert in 1908.

This huge estate was run by the Lambert family in the last century, a branch of which resided at Castle-Ellen, Athenry, the birth place of Edward Carson’s mother. Hay baling and ploughing by steam-engine was carried out on the Castle Lambert estate in the last century, and at one period, milk produced in Castle Lambert yard was taken by horse and cart to Athenry Railway Station, and by train to Dublin for daily delivery.

On the subsequent division of the Taylor estate, my father acquired a small farm, which myself and my family have farmed and where we live to this day. I commenced adult life as a tradesman, having worked and trained for a period with my cousin, Larry Morgan, a carpenter in Ballinasloe, and grandfather of Billy Morgan, the well known Cork All-Ireland footballer and trainer.

I built my first house in 1932, a two-story slated house, for the Rooney family, Monatigue, Craughwell. This style of farmhouse with 2 large gables with chimneys was popular in the 1930s and 1940s with 3 or 4 bedrooms upstairs, and a large kitchen, sitting room and scullery downstairs. Sometimes, a downstairs bedroom was included behind the sitting room.

There were no concrete blocks or cavity walls or central heating in those days. The walls were built of mass concrete, filled into timber “casings”, which were then raised, row by row as the walls progressed upwards, and the house roofed with “Blue-Bangor” slates. All concrete was mixed by shovel in these early years, an 8:1 mix of sand and cement for walls, and a 3:1 mix for plastering.

Outside finishes were wooden floated plaster or “rough cast” finish, either by pebbles dashed on to plaster, or with a plaster/pebble mix dashed on to the house. Inside walls were steel-trowel plastered and hardwall finish applied.

Generally, a roofed and reinforced water-tank was built beside the house to collect roof water. Also, surrounding walls at front, with gates, and paths, were constructed. I also made the front and rear doors, windows, and fitted glass.

All houses were painted both inside, outside, before I finished. Rooms and ceilings got emulsion paint, with oil-paint and varnish used on windows and doors. All help for the tradesman was provided by the farmer or owner, as help was plentiful in rural areas in those days.

I built a number of similar two-storey houses around my home locality, for the Kelly and Connell families, Castle Lambert, for “Sonny Ryder, Derrydonnell, for John O’Malley (now Paraic’s), Cashla, for Jimmy Farrell’s family, Boyhill, for Frank Curran (now Donnellan’s) Farnablake, and for Larry Fox, Carnmore.

Those early two-storey houses were built for a fee of £50 while the Co. Council grant came to £75.

During this period, I made a timber foot-bridge across the Clare river, at Grange. The bridge, which has since been replaced by a concrete structure, was made at Castle Lambert from larch timber and taken by horse and cart to Grange.

In some case, I drew the plans for these houses, and made out the full list of building materials required, down to the last nail. This was needed to obtain quotations from the builders’ providers, usually Corbett’s Hardware, Northgate St.,(now D. H. Burke’s) or Sweeney’s Hardware, Cross st., Athenry (now Frank Sweeney’s Auctioneers).

One of the earliest houses I had built, in the l93Os, was a bungalow for John Thornton in Spiddal, an uncle of the well-known boxer, Máirtín Thornton. I had also built a bungalow for Jimmy Hynes at Lisduff, Coldwood. This style of dwelling house became popular in the 1940s and 1950s, and I built bungalows for Tommy Madden, Pack Higgins, Thomas Higgins, Johnny Grealish and Hughie Kelly in Lisheenkyle; for Johnny and Jack Kelly, Castle Lambert; for Frank Curran, Veterinary Surgeon, Pollnaroagh; for the Clancy family, Castle Ellen; for Angela Burke (nee Egan) Coshla; for Greaneys and Mike Fox, Carnmore; and Monaghans, Moyvilla.

In addition to building houses, I carried out renovations and extensions to numerous dwelling houses throughout my career, especially prior to having the “Station” Masses. Back extensions and bathrooms were added to Kellys, Connells, Freaneys, Mick Dunleavys and Moylans at Castle Lambert and Johnny Grealish’s, Lisheenkyle. Other improvements were carried out for Sean Ruane, Tony Burke, Eugene Quirke, Joe and Nonie Higgins, Michael and Aggie Courtney, Castle Lambert; John Joe Ruane and The “Bernan” Kelly’s, Lisheenkyle; Connolly’s, Birchgrove; Josie Duffy and Eamon Brady, Moanbawn; Morrisseys, Deerpark; Brodericks and Conways, Moorepark; and Willie Cullinane, Grange.

I also carried out renovations in Bridge St., at Curleys and Torpeys (formerly Nurse O’Gorman’s, now Rooneys), and at the Square Inn (then Kevin Whelan’s) and Torpeys shop and pub (now Iggy’s) in Cross St., Athenry.

I made a set of diningroom tables for the Sisters of Charity who had come to Coolarne Convent in 1928, and who taught a domestic science course for girls. I also worked at Canon Bomforts rectory (now Drs. Vivian and Ann Brennan’s), including erecting headstones for his domestic pet animals, and I carried out restoration work at the Protestant Churches at Athenry and Monivea.

I renovated a house at Taylor’s Hill, Galway for Mr. Glynn, former Ulster Bank Manager, Athenry, cycling to Galway each morning and being brought home by car each evening.

In 1973, I paid a visit to New York, to my brother Jimmy and family, and to visit the families of my brother Thomas, and sister Lily, and my other nephews and nieces. While there, I got the opportunity to climb the Twin Towers (which were then the tallest buildings in the USA) before they were fully completed and officially opened.

One of the latest houses I built was a two-storey house for Paraic and Peter Dunleavy, Ballygurrane, and I concluded my career by building two bungalows, one for myself and my family at Castle Lambert, and my final house for my son, Vincent and family, at Lisheenkyle.

It is pleasing to look back and reﬂect on the many changes which have taken place throughout a long and rewarding career, as I enjoy my retirement with my wife Bridget and family.

Epilogue: The above interview with the late Pat Kelly, R.I.P. took place about eight weeks before he peacefully passed to his eternal reward on 18th May 1996, and it narrowly missed inclusion in the previous issue of the Athenry Journal.

Since then, some friends of Pat, including our Journal Editor, Finbarr O’Regan N.T., have referred to Pat’s literary interests and abilities, and this has prompted me to enquire into this aspect of Pat’s life.

It appears that Pat was involved with both producing and acting in local plays and drama during three distinct periods of his life, and involving three different groups of local actors and actresses; during the 1920s and the 1940s, before he was married, and at a later stage, after his marriage to Bridgid Costello, during the 1950s and l960s. lt is hoped to write about these plays and the characters who took part in them, in a future article in The Athenry Journal.

A man of great character he declined to accept the old age pension while he was “still fit for work”. Pat was also a noted singer, and was asked to sing at several “Station “parties, in houses where had carried out renovations, painting, etc., prior to the “Station” Masses. He had also hurled with the Derrydonnell Hurling Club, and at one period, had acted as Secretary/Treasurer for the Club. 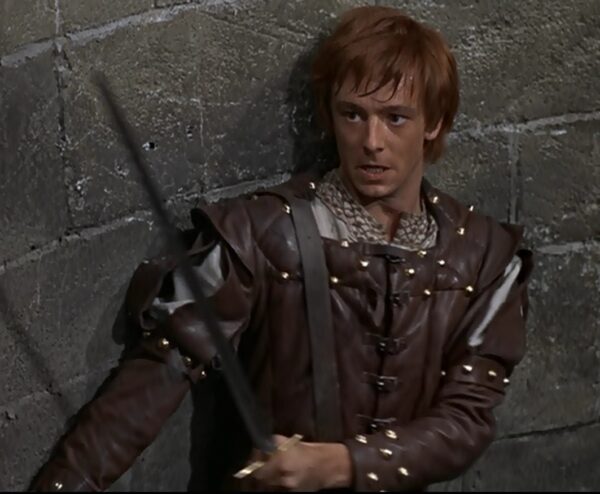