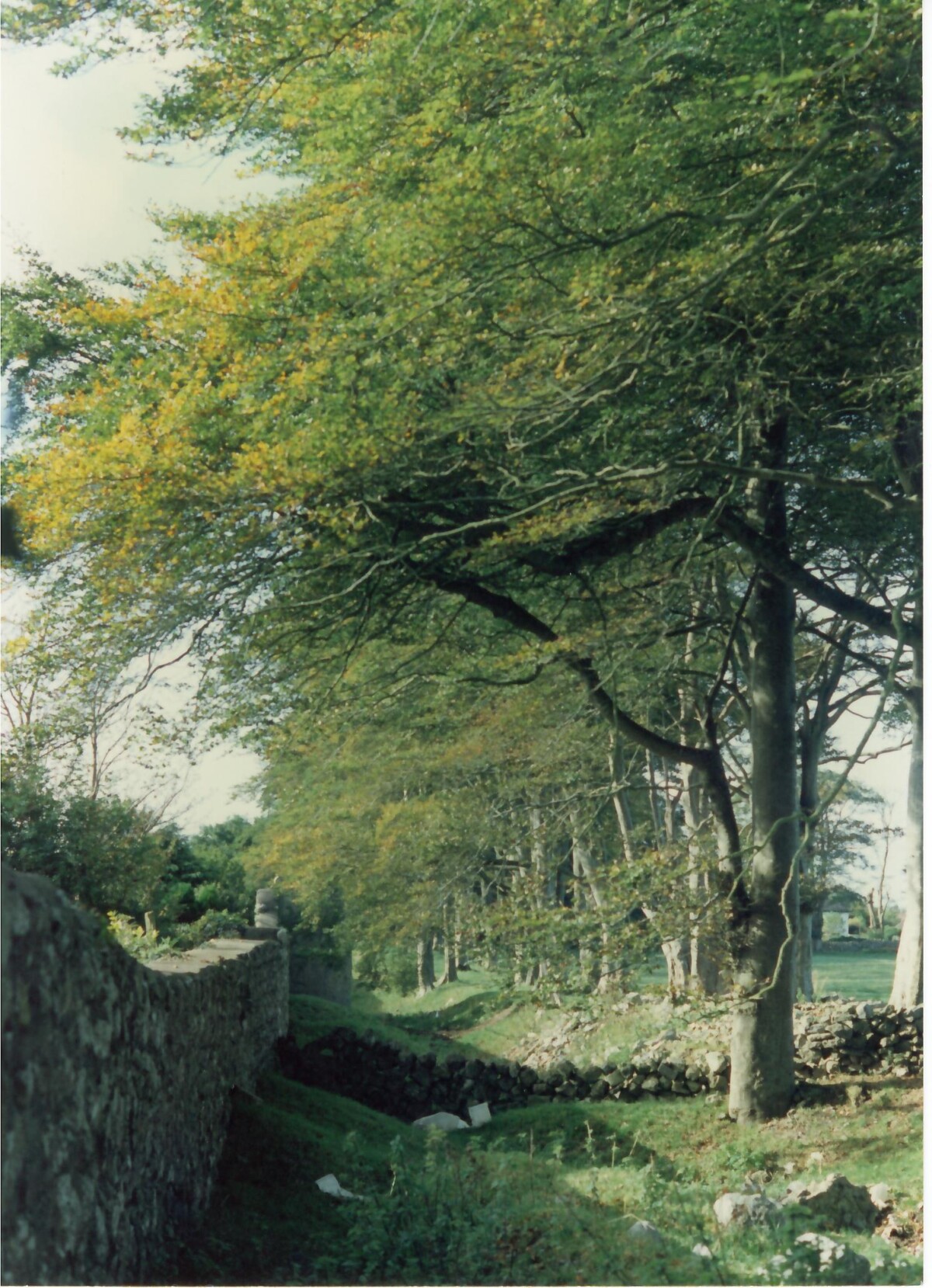 In this article people have sent in snippets of information about various places around the area. We would hope that this would be the beginning of a course of “folklore” for the parish. Too many names and their meanings, especially the Irish names of fields, are lost because they are not in regular use. We have some lovely names like Clais a’ Lisin, Cnoc a’ tSiodhan, Poll a’ Ghuail, Sceach a’ Doirin, Claisin ‘Ama, Cnochain Aoibhir and Goirtin Acra to name but a few. Did you ever wonder what Castle Ellen was called before it got this name?

According to Cathal Feeney, an “expert” on these matters, Castle Lambert was called Aughrim Park. What were Mount Browne, Mountain West, Belleville or Mountpelier called before they got these names?

Write in to Conrad Byrnes with any bit of information you have. Congratulations to those who have some in already.

The word Cahertymore means “strongfort around a big house”. In Irish it is “Cathair an Ti Mhoir”. A cashel can be found in Cahertymore North. It is located in a level ﬁeld. The cashel is subcircular and is surrounded by a ring of stones which are now covered with grass. The interior is fairly flat but it is covered by trees and bushes in places. There are signs of an entrance but due to the undergrowth it is difficult to see.

There are seventeen houses in Cahertymore South now but back in 1819 there were only five in the whole of Cahertymore and probably one of them was the big house.

This means the fort or settlement of the silver weed, tansey, skirret, or stunted hay. At the moment there are only three families living in Caherbriscane. There were many more in years gone by. Two families, the Kellys and the Poniards, were rehoused after the famine. The Kellys then emigrated and the Poniards bought a farm near their new house.

There is a big hole in the middle of a field near the forest. There is a stream which runs back across from  Pollnangroagh and when it reaches Pollnasluga it goes under the ground and it rises again in the golf course.

The name of my village is Cashla. The name means a stone fort beside a mountain. One can enter the fort from four fields and steps lead up to it. It is a farming area with cattle and sheep. About a half mile from my house there is a tomb and graveyard. This was the burial place for the Lamberts who were big landlords. I love to stroll across to the tomb on a fine summer’s day. Cashla is definitely a nice place in which to live.

The Train at Tourkeel by Aishling Kavanagh

I live in Tourkeel near the railway line. Trains travel north, south, east, west from Athenry station. The Tuam line is used in summertime for the steam train. The Limerick line is used for transporting coal. The Great Southern Railway company put down the track in the early nineteenth Century. The passenger train stops at every station along the way but the cargo train does not. The train passes my house ten times a day. It usually wakes me up every morning at 8.20. In the summer time when we are in the bog we can tell the time when the train passes.

There are the ruins of a forge in Newcastle. The forge was started by Jim Molloy from nearby Shudane around the early 1900s. The iron was heated by a ﬁre which was blown by a bellows worked by hand. The red-hot iron was worked on the anvil which was placed on the ﬂoor.

Gradually the horseshoe was formed by beating the iron with a heavy hammer. The red-hot horseshoe was put into cold water to cool. When the farmer brought his horse into the forge the shoe was placed on the horse’s hoof and nailed. Fixing ploughs, harrows and gates was all part of the work Jim did.

In later years Jim Molloy’s son Jimmy took over the work of the forge which he had learned from his father. Jimmy built a new forge and installed electricity around 1954. He began to make slanes which were used in the bog for cutting turf. He used a welder to make gates and many other items as well. The forge closed in the late sixties and the local people still miss Jimmy’s work very much.

There are lots of hills and a family called Browns once lived there, hence its name. Mountbrown House is where my father was born and is where my uncle now lives. It is about 200 years old. In one of the fields there was a lime kiln where they made lime in the past but it is long gone now.

It means an earth embanked fort.

It means a high pleasant place. It was called “Ard Aoibhinn” because it was built on high ground. A house nearby, now owned by Dr. Brennan, used to belong to a protestant minister. The minister had lots and lots of cats in the house.

The Ranpart by Sarah O’ Regan

We often play in The Rampart as we live just inside the Town Wall. When our friends visit us we bring them there and to the Watch Tower behind Hansberry’s Hotel. It is only lately I found out what

rampart means – a wide bank of earth, often with a wall on top, built around a fort to help defend it’. We have a bank of earth, a high wall and a wide, deep moat and we call it “The Rampart”. The famous writer Mary Lavin called Athenry “Castle Rampart” in one of her books. She lived with the Mahons who lived next door to us. She probably played in The Rampart also.

The Northgate by Fiona Coffey

My grandparents live about 50 metres outside the Northgate of Athenry. In Norman times an Irish person wishing to go into the Market Square to sell goods would have to stand outside the Northgate and shout for the drawbridge to be lowered. Then they would have to walk across the drawbridge over the moat and under the arch. There they would be very afraid of the “Murder Hole” in case the Normans would throw things down at them. Then the portcullis had to be raised before they could walk through into the town. 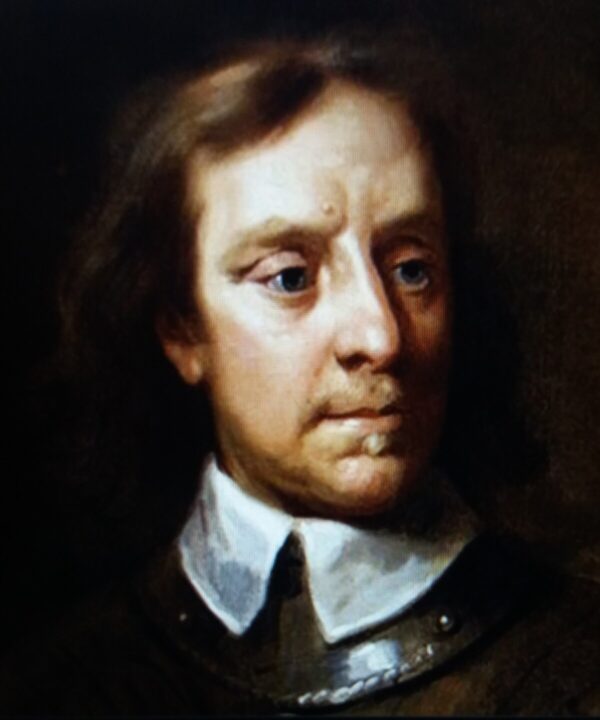 The Cromwellian Plantation – Cromwell in Ireland

In October 1641 rebellion broke out in Ulster. The Irish rebels killed… by Finbarr O'Regan
Lamberts of Athenry Archive | Education, People