It is recorded in the Annals of the Four Masters that, in 1597, O’Donnell (Hugh Roe) son of Hugh, encamped in Breifny in Connaught to the east of Sliabh-da-en, (probably Croagh Patrick) after having plundered the friends of O’Connor. Here he stopped until he should be joined by all his forces from every direction. When all had assembled, which was at the end of the month of January, they marched into the territory of Hy-n-oillealla (Tirerrill – County Sligo), through Machaire Chonnacht (The plain of Connacht) into Clann Comhuighe (Clann Conway) and Hy-Many. (Uí Máinne – land of the Mannions)

Having arrived into the very centre of Hy-manny, O’Donnell sent forth several strong marauding parties to Tuath an Chalaidh (the district of Caladh) and the upper part of the territory who brought many herds of cattle and other spoils to him in Athenry.

The wardens of the town attempted to defend it but their efforts were useless. O’Donnell’s people applied fires and torches to the strong gates of the town and carried with them large ladders by means of which they ascended to the parapets of the walls. From the tops of the walls some leaped into the streets of the town and opened the gates for those who were outside. They all then proceeded to demolish the store houses and the houses of defense, which they stripped of all their goods and valuables. They remained that night in the town.

It would be difficult to enumerate (reckon) the quantity of copper, iron, cloths and vesture they carried away from the town on the following days.

From this town also O’Donnell sent forth marauding parties to plunder Clanrickard on both sides of the river. These pillaged and ravaged the entire tract of country lying between Leathrath and Magh Sean-Comhladh. The remaining part of this army burned and ravaged the territory from Athenry to Rath Goirgin westwards to Rinmil (Rinville) and Meadhruigh (Maree)and to the very gates of Galway and also burned Teach – Brighde at the gate called Spairri (Sparra – Town Gate).

O’Donnell then pitched his camp for that night between Uaranmor (Oranmore) and Galway, precisely at Cloch an Linsigh (Lynch’s stone near Galway) and on the following morning went to the Monastery of Chnoic near the gate of Galway and trafficked with the inhabitants of the town, exchanging a portion of his spoil for some of their various wares and rich apparel.

He then resolved upon returning back (to Tír Chonaill – Donegal) though had he not been impeded by the heavy burden and multiplicity of of the plunders and the vastness of his many it is certain that he would have advanced forwards directly to Gort-insi Guaire (Gort) in Kenel Aodha na h-Echte (O’Shaughnessy country).

He marched back the same road with his forces and spoils through the very middle of Connaught and made no delay until he had pitched his camp in Calry to the east of Sligo after which he sent his Gillanraidh (attendants and soldier boys) and the unarmed part of his army with the escort of a portion of the spoils northwards across the river Samhaoir (Erne).

…..and later in the same year  these same writers state that in the month of December O’Donnell set out to establish peace between the Mac Williams – Theobold , son of Walter Kittagh and Theobold na Long the son of Richard an Iarainn. After reconciling them he set out to go into Clanrickard but advanced no farther than Uránmór (Oranmore) on that occasion.

He remained that night at Machaire Riabhach near the town of Galway and spoils were brought to him from Spairri an Bhaile Mhóir (the gates of the town) and although a dread of him was spread from thense to Leimchochuloinn (Loophead)he returned into Ulster without achieving anything worthy of note.

********************
The O’Donnells of Tír Chonaill were no strangers to Athenry! One of the earliest references to this area is found in The Annals of the Four Masters under the date 1213-14 which describes how Derrydonnell got its name. See O’Donnell in Derrydonnell by Martin Fitzpatrick – “In that year a steward of O’Donnell went to Connaught to collect his masters’ tribute or rent.  He visited the house of a poet Murray O’Daly and began to wrangle with him.  The poet, being enraged, seized a large axe and killed the steward. O’Donnell on hearing of the incident gathered a large body of troops and pursued O’Daly into Derrydonnell in Clanrickard, a place named after him because he encamped there for a night”.

O’Donnells came to Athenry in 1504 – The Battle of Knockdoe, 09.08.1504 in was fought between the Earl of Clanrickard, Ulick Fionn Burke, and the Lord Deputy, Garret Mór Fitzgerald, Earl of Kildare O’Donnell fought on the side of the Lord Deputy.

It is recorded in  “Annals of the Four Masters” that “On the Day after the Battle of Knockdoe, the Lord Deputy and O’Donnell marched into Galway, the Lord Deputy carrying with him as captives the two sons and the daughter of Mac William. They remained for some time together in this town cheerfully and merry and well pleased with their late victory and from thence they marched to Athenry which town surrendered to them. After which O’Donnell and the other chiefs took their leave of the Lord Deputy and returned to their respective places of abode.” 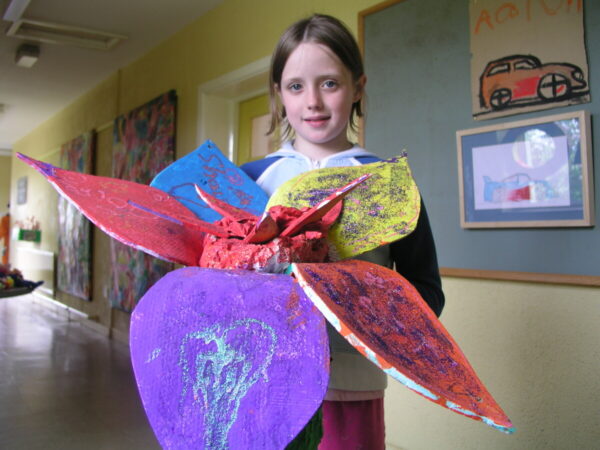 The Irish Times Mon, Dec 20, 2004 What are the benefits of an artist’s… by Lorna Siggins
Current Affairs Archive | Art, Education, History