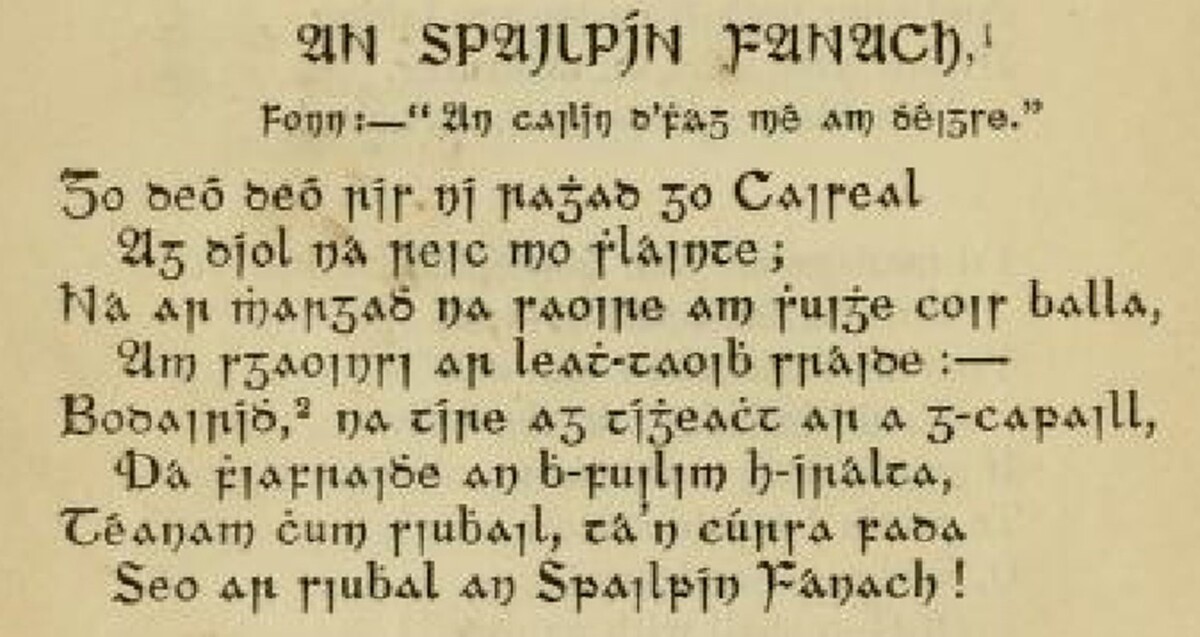 I was speaking to some people in their thirties recently and I was very surprised when they did not know who or what I was taking about when I referred to “The Spailpín”.

The Spailpíns were migratory farm workers who came from Connemara to work on the bigger and more fertile farms east of the Corrib. Athenry being in the centre of the most intensive tillage area in the county was the most important hiring fair. I am not sure but I would say that those hiring fairs started around the turn of the century with the break up of the large estates and the tenant farmers becoming landowners in their own right. They came to an end in the early sixties with the introduction of mechanisation on the farm and the demise of intensive tillage farming.

The hiring fair took place in Athenry on Sunday after Mass, usually from about 10 o’clock until 2 pm. The Spailpíns stood about the square, dressed in homespun tweed trousers, hand—knit gansies – those gansies were usually dyed a dark blue. Over this they wore a báinín of homespun flannel and their heavy leather boots were usually referred to as nail boots. In the old days back in the “20s and “30s when most of the tillage work was done with the spade, the Spailpín provided his own spade.

In those times the Spailpíns would number at least 100 but in the late forties and fifties the numbers gradually declined and finally petered out in the sixties. The farmer in need of a worker came into town and having sized up what was available bargained individually with the Spailpín until he found a suitable worker at a suitable wage. The term of hire could be for a year, a month or a week depending on the farmer’s requirements.

The period from the 1st October to about a week before Christmas saw a big increase in the numbers of both Spailpíns and farmers attending the hiring fairs, as this period coincided with the harvesting of the potatoes and sugar beet. The Spailpíns came in greater numbers because of the increased demand and many came especially to earn some money to take home to their families for Christmas. The farmers needed more workers as the harvesting of crops was all done by hand in those days. The Spailpíns came mostly from Carraroe, Rosmuc, Lettermore and Garumna Island. Their surnames were McDonagh, Flaherty, Conroys, Keanes, Derrone and Kernon.

They were native Irish speakers and had practically no English. I knew of a Spailpín who lived with an English speaking family for about 20 years and still had difficulty with the language. He always referred to a man as “she” and a woman as “he”, which caused a lot of confusion.

Indeed, this lack of English often led to a lot of confusion between the Spailpín and the employer.

I remember as a young lad seeing a Spailpín or two on every farm in the village during the potato and beet harvesting time and, as many of the old people had a fair bit of Irish, the area became a mini Gaeltacht for about two months.

The Spailpíns had many stories about the treatment they received from the various families for whom they worked.

There were good houses and bad houses and I heard them say of bad houses, “You’d get nothing there only Lipton’s tea and Vaseline butter”. Lipton’s tea was the cheapest tea on the market and Vaseline butter was margarine, much frowned upon in those times. There was also a story of the woman who gave only the cut potatoes to the Spailpíns for their dinner every day. These were the potatoes that got cut accidentally during digging. In order to get their own back the Spailpíns watched out for the bigger potatoes and cut them in half with the spade. Another story was told about two Spailpíns who having to travel a long way to their place of employment reached it in the dark of night. They were called so early in the morning and returned so late from the fields in the evening that they did not know if the house was thatched or slated as it was always dark when they left and returned from work.

Some of the Spailpíns were fond of a drink and often finished up on a Sunday night with their entire week’s wages spent in the pub. The pubs most frequented by them were Joe Mannion’s (now Hair by Claire), Michael Whelan’s (The Square Inn), The Shamrock Bar (Jimmy Payne) and The Central Bar (Glynn’s). The vast majority of them were honest hardworking men who were often quite shamelessly exploited by their employers. 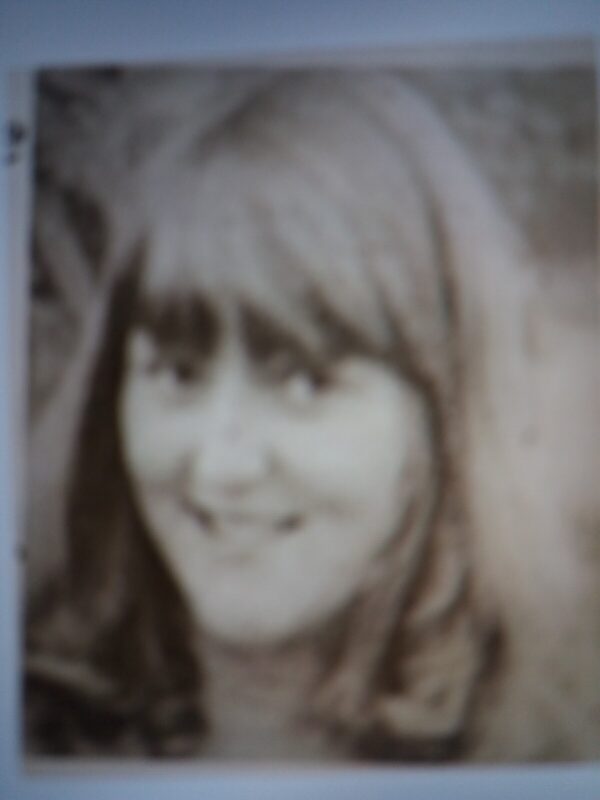 West of the Old River Shannon

‘So come all together now sing with me, The glory and fame of the West… by Rita Burke
Carnaun Centenary Archive | Education, History, People