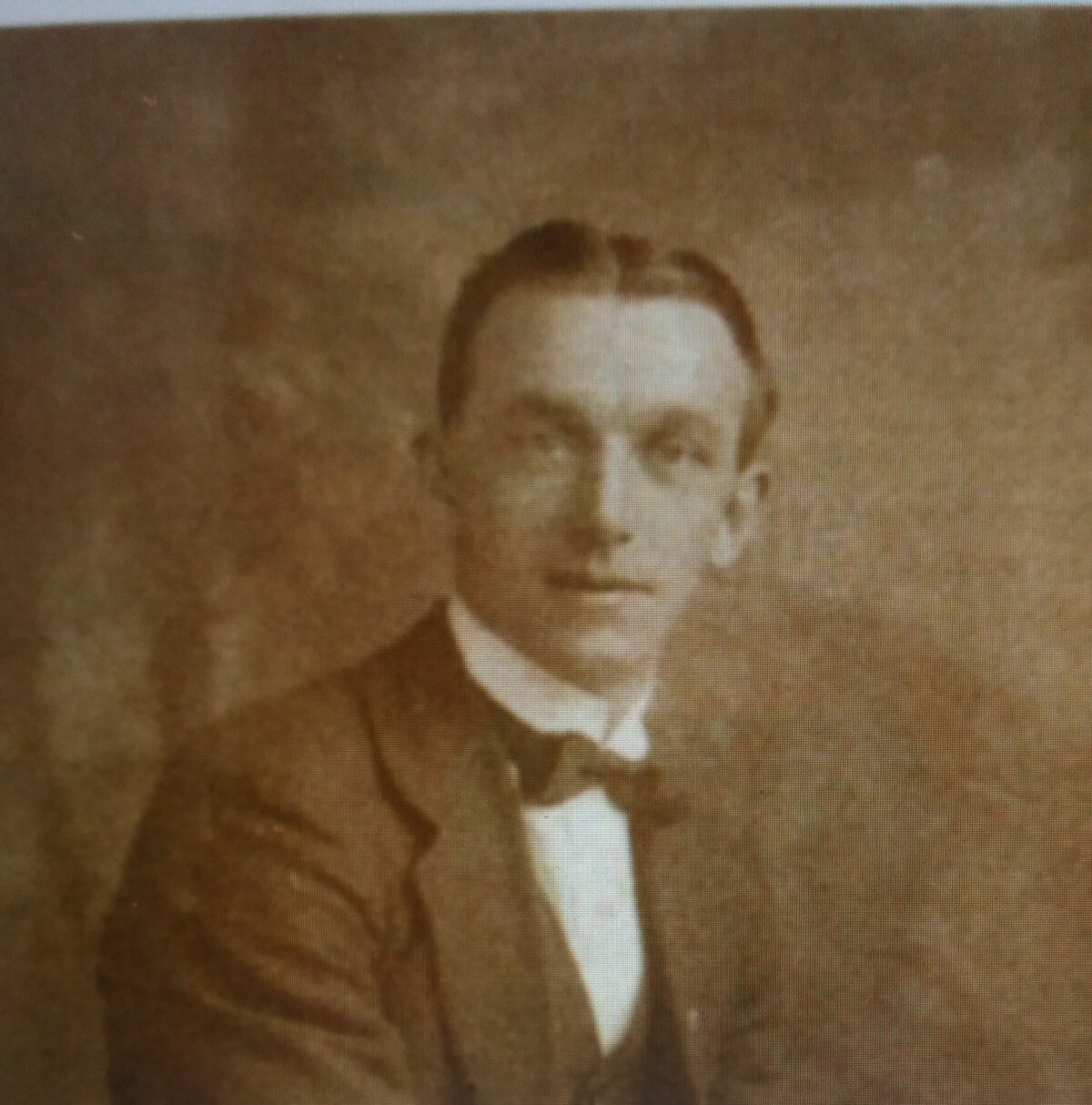 Stephan Jordan joined the IRB in 1906. Richard Murphy was the centre, Larry Lardner was the secretary. Meetings were held regularly every month. The principal matters discussed at the meetings were the spreading of the organisation in Athenry and the surrounding area and the suitability of persons proposed for membership. Seán McDermott used to attend the meetings every two or three months.

In about 1908 the Town Tenants’ Organisation was formed in Athenry. Although it was against the rules to join it all members did so. This organisation by agitation and agrarian outrages, as the British Authorities called them, succeeded in forcing the sale of the houses to the tenants and also the division of the adjoining lands in what was then called accommodation plots to each tenant purchaser. This lead to a series of activities, for the division of lands, in all areas surrounding Athenry.

As the RIC failed to get any information that would lead to the arrest and conviction of anyone they turned very nasty and in several cases framed charges against men of disorderly conduct and drunkenness etc. and on occasions carried out baton charges without provocation. In an effort to retaliate the Athenry Branch of the IRB met and decided on actions to be taken which would make the RIC the laughing stock of the countryside. The police transport horse was taken from its stable and hidden for three weeks while hundreds of police searched the countryside without success. After three weeks the horse was returned to its stable with a straw man on its back. A card was attached to the figure with the words “A new mount for spring heel Jack” on it. This was a slap to the over-officious Head Constable Nealon who was doing all in his power for promotion to the rank of District Inspector.

On another occasion the tri-colour was flown from the chimney of the RIC Barracks and the ladder removed from the Barrack’s yard. The flag remained flying all day before the police were able to remove it. The crown was removed from over the Barracks door and later the board to which the crown had been attached was suspended from the telegraph wires in the town with the inscription “£5. 0. 0. Reward” printed on it. Practically the credit for these and similar incidents was due to that energetic worker, T. V. Cleary who was mainly responsible for the planning and execution of these incidents.

Stephan tells us that “As a result of these incidents the IRB became numerically very strong and remained so up to the year 1913 when the Volunteers were founded. The national spirit was so strong at this particular time owing to the fore-mentioned activities that the foundation of a sound volunteer organisation was a foregone conclusion”.

Very early in 1914 a company of the Volunteers was started in Athenry. Stephan became a member at the initial meeting. Larry Lardner was elected captain of the company which was about 70 strong. Each man subscribed 3d per week. The company was paraded every week and was instructed by ex NCOs of the British Army. A number of Volunteers including Stephen Jordan attended every night for instruction so as to become efficient as soon as possible in order to assist in the training of country units where ex British Army men were not available for the purpose.

A review of the Volunteers took place on 29th June 1914 at which Colonel Maurice Moore took the salute.  Over 2,000 Volunteers took part in the parade. The military bearing of the various units was favourably commented on and the strength of the Volunteers was an alarming revelation to the British Authorities. The split in the Volunteers following John Redmond’s speech at Woodenbridge had little or no effect as practically all the company stood behind McNeill.

Early in 1915 Liam Mellows was appointed chief organiser for County Galway. He established his headquarters in Athenry. Stephen accompanied Mellows on a good deal of his work organising the Volunteers. Shortly after his arrival he organised Galway on a Brigade and Battalion basis. Larry Lardner was appointed Brigade Commandant and Eamonn Corbett was Brigade Vice-Commandant. Following Larry Lardner’s appointment as Brigade Commandant Frank Hynes was elected Captain of the Athenry Company.

1n 1915 Stephen Jordan was arrested under the Defence of the Realm Act and sentenced to six months imprisonment.

At a company parade held during Easter Week Stephan says “We were advised to go to Confession and receive Holy Communion on Easter Sunday and to parade that evening he thinks at 6 o’clock with arms and equipment and twenty four hour rations”. Shortly after Mass on Easter Sunday this order was cancelled. Stephen was with Commandant Larry Lardner in Lardner’s house at about 12 noon, on Easter Monday, when a man on a motorcycle arrived from Dublin with a dispatch for Commandant Lardner. After reading the dispatch commandant Lardner instructed Stephan to get ready to go to Galway immediately and to tell George Nicholls “that Dublin was out since 12 o’clock and to instruct him to mobilise the city and Connemara units.

Stephen went to Galway on the 1.15 pm train to Galway and delivered the message to Nicholls. He returned from Galway on the mail train reaching Athenry at 12 midnight. He was met at the station by two men from the Athenry Company who had been sent by Commandant Lardner to escort him to the Town Hall where the Company was mobilised.

In the early hours of Tuesday morning the Volunteers were instructed by Commandant Lardner to go to our homes, bring their arms with them and to hold themselves in readiness until further orders. On Tuesday afternoon they were re-mobilised at the Town Hall and marched to the Agricultural College where they were joined by Liam Mellows and Companies from other areas and took possession of the college. They remained there overnight having placed sentries at various points.

On Wednesday afternoon a reconnaissance party of RIC approached the College; fire was opened on them; they returned the fire but retreated to Athenry. Later that evening the Volunteers moved to Moyode Castle. Early on Thursday morning Mellows brought Stephan Jordan, James Cleary and a couple of others to reconnoitre the surrounding district. He called at several houses making enquiries as to the movement of police and military. When they were a short distance from New Inn Police Barracks they left the car and Mellows said “We’ll have a shot at this place”. When they got near the barracks they found it had been evacuated by RIC. On entering they were met by two women. Mellows asked if there were any RIC in the barracks? One of the women said “No”. Mellows said he would search the place and as he attempted to go upstairs the woman tried to stop him; she seemed very excited. She then admitted that her husband the Sergeant of the Barracks was seriously ill in bed upstairs. Mellows then requested her to go to the room and tell her husband that he wanted to ask him some questions and told her to tell him not to be too anxious as no harm would come to him. Stephen accompanied Mellows into the Sergeant’s room. Mellows asked him the strength of the garrison, when they left and where they had gone to. The Sergeant answered all the questions. He said they had gone to Loughrea and (had been ordered) to bring everything possible with them and that they left about midnight or very early in the morning. Stephan says “The Sergeant seemed very relieved on account of Mellows’ gentlemanly manner and we returned to Moyode without any further incident”.

Shortly after returning to Moyode Mellows sent Stephan Jordan in charge of a party to get potatoes. They went to a big farmer named Joe King (Rahard) and took two cartloads from the pit. While loading the potatoes a strong force of police, on bicycles from Athenry, came along the Loughrea road in the direction of Moyode. Stephan and his comrades opened fire on them and they replied. A pitched battle raged for some time. The firing was heard in Moyode. Stephan says “Mellows immediately mobilised two or three car-loads of men and came to our assistance”. By the time Mellows arrived the police had retreated a considerable distance. He asked what happened and Stephan gave him a brief account. He then said “Come along lads”. They then got into their cars and pursued the police as quickly as they could. The police arrived in Athenry before Mellows could overtake them.

Stephan tells us that on Friday priests from Esker came to Moyode to hear the Confessions. Fr. Feeney, C.C, Castlegar who was with them during the whole week also heard Confessions and on several occasions when the men were going out on scouting expeditions, etc. he gave them General Absolution. Fr. Tom Fahy and Fr. O’Farrell also visited them on that Friday. Several meetings of the officers were held during the day following the receipt of information from various sources that the enemy were preparing to attack Moyode. He says that report stated that the British were about to launch a large scale attack with British military from Loughrea, R. I. C. from Athenry and marines from Galway City. Stephan tells us that it was decided to evacuate Moyode as it would be difficult to defend so that afternoon they marched to Limepark. When they had almost reached Limepark they were overtaken by Fr. Fahy and Fr. O’Farrell who came into Limepark with the main body. Later that night Stephan was told that it was decided to disband. He says that there were about seven hundred men there altogether. There were only thirty six service rifles and a small amount of ammunition for them, perhaps about fifteen to twenty rounds for each rifle. They also had twenty five single-shot Martini Enfields and about three hundred shotguns and a good supply of cartridges for them, a few .22 rifles and a large number of pikes.

After the disbanding Stephan went “on the run” with Dick Murphy, staying in various parts of the county. They were arrested in Tuam in early June and conveyed to Galway Jail. After some days Stephan was transferred to Richmond Barracks, Dublin where he was told he was to be tried by courtmartial. On the eve of the day fixed for his trial Asquith’s order to cease trial and deport all prisoners arrived in Dublin. He was deported to Knutsford and later transferred to Frongoch.

Stephan was released at Christmas 1916

Stephan Jordan who lived in Davis St. Athenry was a former TD in Dáil Éireann 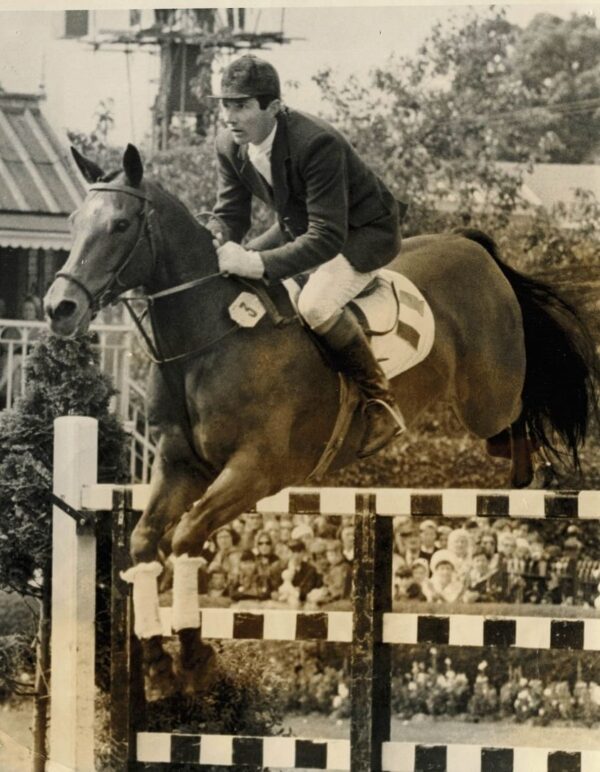