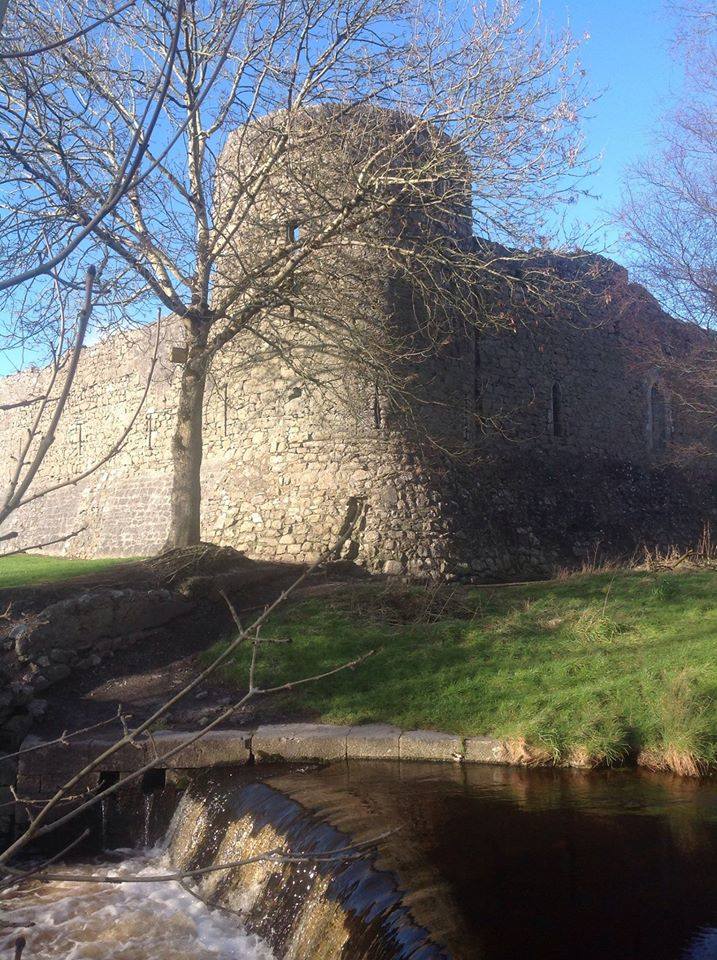 The last High King of Ireland.  Events leading to the Battle of Athenry  The downfall of the O’Conors Norman supremacy in Connaught.

Ruaidhri O’Conor, the High King of Ireland lost all power as Árd-Rí within a few years after the Norman invasion, but he still remained master of Connacht.  The invaders soon tried to gain a footing in the west. De Cogan led a force across the Shannon in 1177, and John de Courcy, who was then Viceroy, led another force in 1188.  Both these attacks were repulsed, and the Normans were glad to escape from the province with their lives. However treacherous princes of the Síol Muireadhaigh guided de Cogan and de Courcy on their way through Connacht.  When Ruaidhri retired into the monastery of Cong in 1186 there was fierce, strife for the right to succeed him so he made an attempt to recover the kingship.  He was unsuccessful, and returned to the monastery, where he ended his days in 1198.

The kingdom of Connacht was then claimed by Cathal “Crobhdhearg” or Cathal of the “Wine Red Hand who was Ruaidhri’s half-brother, and by Cathal Carrach, Ruaidhri’s grandson.  A long struggle took place, during which both parties brought in Normans to help them.  William de Burgo, known as “Concur” or Conqueror, now gained great influence in Connacht.  Cathal Crobhdhearg finally triumphed over his rival and was recognised by all parties, English and Irish, as rightful King of Connacht.

The reign of Cathal Crobhdhearg was splendid and prosperous. Many stories about him were handed down in later years.  One story tells how, as a child, rival members of Síol Muireadhaigh threatened his life. Some monks hid him in their monasteries, and afterwards his mother took him for safety to Leinster.  He was brought up there as a labourer. To cover his red hand he always wore a glove.  One day, while Cathal was reaping rye, a messenger from Connacht passed by the field.  The labourers asked him for the news, and he told them that the kingship of Connacht was vacant and that the people would elect no other king but Cathal Crobhdhearg.  He said he was searching Ireland for Cathal, who would be known by his red hand.  Cathal paused in his task and stood for a while thinking silently.  His comrades remarked that Connacht workmen were always slow, and bade him get on with the work.  But Cathal suddenly tore off the glove and showed the messenger his red hand.  He threw his reaping hook on the ground, saying “Slán leat, a chorráin, anois do’n chlaíomh (farewell, reaping-hook, now for the sword”).

Cathal was renowned as a great warrior. The Irish Annals speak of him as “the best Gael for nobility and honour since the time of Brian Bóru, the upholder of the people, the maintainer of peace, the pillar of Christianity, the corrector of culprits and transgressors, the destroyer of robbers and evildoers, the defender of the law.” He was the last real King of Connacht.  After his death the condition of the province became very unsettled owing to the quarrels of his sons.  “Woeful was the misfortune which God permitted to fall on the best province of Erin, for the young warriors did not spare each other, but preyed and plundered to the utmost of their power.  Women an children, the feeble and the lowly poor, perished by famine in this war.”

The Normans built their castles in many parts of the province and supported one party against another.  By an English grant made in 1227 Connacht was awarded to Richard de Burgo, son of “Concur.” The Viceroy, Maurice Fitzgerald, gathered a great force of Anglo-Normans from all parts of Ireland in 1235 and led, them across the Shannon to secure the province for de Burgo.  Normans, among whom we find the names De Angulo (Costello), De Brun (Browne), Fleming, Cusack, Barrett and Walsh, occupied large portions of Connacht.  Some of the Norman settlements afterwards developed into important towns notably Gaillimh (Galway) founded by De Burgo, Athenry founded by his baron Meiler de Bermingham and Sligeach (Sligo) by Maurice Fitzgerald.  The O’Conors were henceforth Kings of Connaught only in name.  The lands, which they ruled over, were practically confined to North Roscommon. By now the Normans controlled the Central Plain of Ireland with de Burgos being Lord of Connaught and Earl of Ulster (east of the River Bann). Hugh de Lacey and his barons Nugent, Dalton Preston Plunkett, Tuite, Tyrell, Cusack and others governed Meath. A line of fortifications extended along the south and east coasts from Kerry to Antrim.

In many parts of the country the Gaeil (Irish) only held territory in the mountains, bogs and dense woodlands, often building their strongholds in Crannóga or lake dwellings. The Irish however recovered with the failure of Maurice Fitzgerald to fully conquer Ulster. Goffraidh O’Donnell destroyed his castle at Caol-Uisce in 1257 levelled the town of Sligo and won a decisive battle at Credren in County Sligo. This resulted in an effort to restore the High Kingship. However the Irish quarrelled over this. In the south the Irish recovery continued with McCarthy’s great victory at Callan (Kilgarvan) near Kenmare in County Kerry. Turlough O’Brien of Thomond (North Munster) a master of guerrilla warfare had the upper hand in Counties Limerick and Clare and in the midlands the old Irish families began to regain some of their lands.

The employment of Mercenaries (Gallóglaí meaning foreign soldiers) from Scotland meant that an element of professionalism entered the forces of the Irish who often left the campaign to harvest the crops. Early in the fourteenth century the Kings of England (Edward 1. and his son, Edward II.) tried very hard to subdue Scotland.  The Scottish people, although they were few in number, made a heroic and successful fight for liberty.  Led by King Robert Bruce, a great and brave man, they defeated the English at the battle of Bannockburn (1314). These events were followed, with deep interest in Ireland.  Many of the Scottish people were Gaeil.  They spoke a language, which is so like Irish that Irish poets could travel across the sea and win praise and rewards by reciting their poems in Scotland. Encouraged by the Scottish triumph of King Robert Bruce over the English at Bannockburn Dónall O’Neill of Tír Eoghain, with other chieftains, offered the crown of Ireland to his brother Edward Bruce.  Edward accepted the offer, and landed near Larne in May 1315, with an army of, 6,000 men. He defeated the Red Earl of Ulster (de Burgo) at Connor near Ballymena.  Marching through Meath in the following year, he overcame one large force of the Anglo-Normans at Kells, and another, led by Butler and Fitzgerald, at Ardschull in County Kildare.  Attended by a great number of Irish and Scots, he as crowned King of Ireland at Cnoc Mealdúin (Knockmelan), near Dundalk, on May 1st. 1316.

At the same time Felim O’Conor, an ambitious young prince, made a determined effort to free himself from de Burgo’s control and to become King of all Connacht.  The great families of Connaught – O’Conors, O’Kellys, O’Hynes, O’Flahertys and O’Shaughneys, – the O’Rourkes of Breifne and many from Thomond and Meath joined his standard. The Anglo-Normans gathered in full strength, and the two armies met near Ath ‘n Rí (Athenry) on August 10th, 1316. “The Gaeil charged all day with desperate courage, but they were driven back by a line of steel, and mown down by the deadly English archers.  Their standard was captured.  Sixty chieftains were slain, including Felim and Tadhg O’Kelly from whom,” say the Annals, ” the Gaeil expected more than from any man of his time.” This battle destroyed the last hope of restoring the kingdom of Connacht.

In spite of Felim’s defeat Edward Bruce still held Ireland east of the Shannon.  King Robert came over from Scotland and marched on Dublin. As the city refused to surrender they marched away. In those days, before artillery began to be used, it was very difficult even for a large army to capture a fortified town.  The towns, especially Dublin,  were the chief centres of English power.
When the war had lasted two years Ireland began to be worn out by the reckless waste of life, and the destruction of cattle, crops and houses.  To make matters worse, the weather was very bad, and the harvest failed.  Sickness broke out and many people died of starvation.  Robert Bruce, before returning to Scotland, warned his brother to exercise caution and not to fight battles that would lead to no result.  Edward had not the wisdom to take this advice.  When a large army advanced against him from Dublin in October 1318, he could have avoided it, but he preferred to fight.  The Scots were defeated in a fierce battle at Faughart, near Drogheda, and Edward Bruce, King of Ireland, was slain.

The Bruce invasion did not achieve its objective but it weakened the Anglo-Norman “Lordship” and within a few years much of the midlands were in Irish control again. However the Battle of Athenry ensured Norman supremacy in Connaught and while the O’Conors regained some of their lands and castles and they could no longer be reckoned among “The Great Chieftains”. 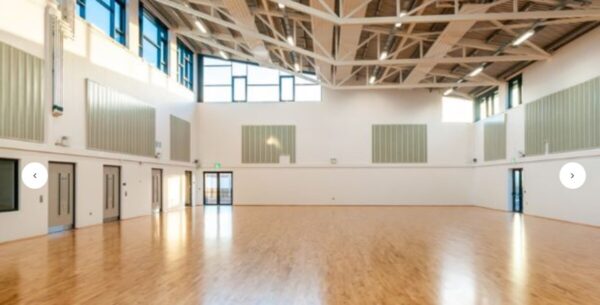 The Presentation Sports Centre is run by a voluntary committee. The ce… by Paula Cannon
Athenry Journal Archive | Education, Sport