This is tape 5 of 10 Lambert tapes recorded at Pat Kelly’s house, Castle Lambert in August 1990. The main speakers were Pat Kelly and his son Martin T. Kelly, Nora O’Brien (nee Egan) Paddy Kelly, his brother Jack and John “Mac” Kelly. Michael O’Malley interviewed the gathering and Frank Burke was on the camera.

Paddy: Now, Tom Kelly (Pat Kelly’s father) was the fourth man to come to herd for Taylor. And he came! All the rest of them was hunted. Larkin, Lindsay and Madden had to go! They were threatened and they went but Tom came. Me father was joining the IRA (with) Tom Egan, John Briggs, Pat Morrissey, (Larry) Lardner in Athenry, Tom Hynes and the Kelly’s were all very strong (in the IRA) and Seán Mór Kelly. Me father said “He’s a man with three kids and he was entitled to affair living and that he (himself) didn’t want to do the herding for any man. He’d got land and he’d work the land and shake hands to Tom Kelly when he’d meet him”. And he did shake hands to Tom Kelly and they were the two best friends.

Paddy: And I’ll tell you another story. They were within in Fox’s (pub in Athenry) having a drink the two of them together. Me father shook hands with him and welcomed him. “I’m not having no more to do with the Lamberts or the Taylors. Do what you like (meaning work for them if you wish) but we have to get the road out (to Mass) when we can”. That was his mission all the time – get the road out besides coming in through the fields.

Mac: A new grand house built on the land at that time.

Paddy: Yes. They shook hands and Tom went out (of the pub). There was two policemen with Tom Kelly in town, minding him, for fear “anything was said to him”. He got one of the policeman’s bicycles and out he went, jumped on the bicycle and off he went. Me father was going down the road and the next thing who come but Tom Kelly on the policeman’s bicycle and he going like hell. And where was he making for but Egan’s public house (in Coshla) and the policemen after him. The other fellow got another bicycle above at the barrack and followed him and they held me up farther at the gatehouse coming in. “Where is he gone to?” “Well he must be gone down the road”. “Ah he’s gone to Egan’s the devil” they said.

Nora: I knew Tom Kelly! He was a great singer and I can remember the song he used to sing. He used to come occasionally but surely St. Stephan’s night.

Mac: And I used to be with him too and many the bumper of whiskey we had.

Michael: I don’t know much about the singing but the dancing stayed in the family.

Paddy: Tom Kelly! There was not a word said to him by any neighbour in Lisheenkyle or Castle Lambert. Never said “Boo” to him, he was a great friend that ever came in to them and they lived together happy.

Nora: He was a fine person!  (Note – Tom Kelly’s family were evicted from Kiltormer and lived some years in Cappataggle before coming to Castle Lambert in 1908)

Page 205 of The Castle Lambert Tapes 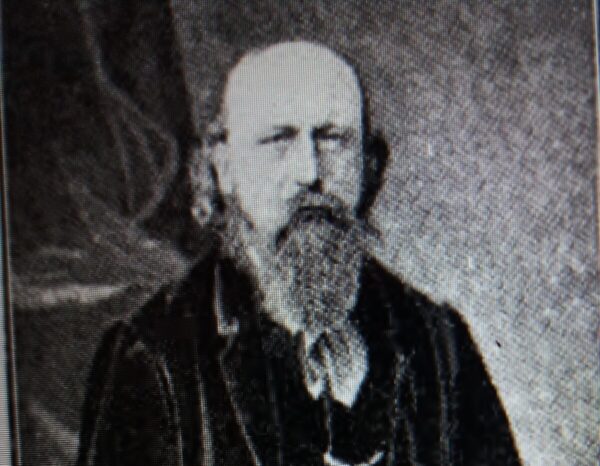