Skip to content
The Castle Lambert Tapes: Tape 6 The Assassination of Shawe Taylor 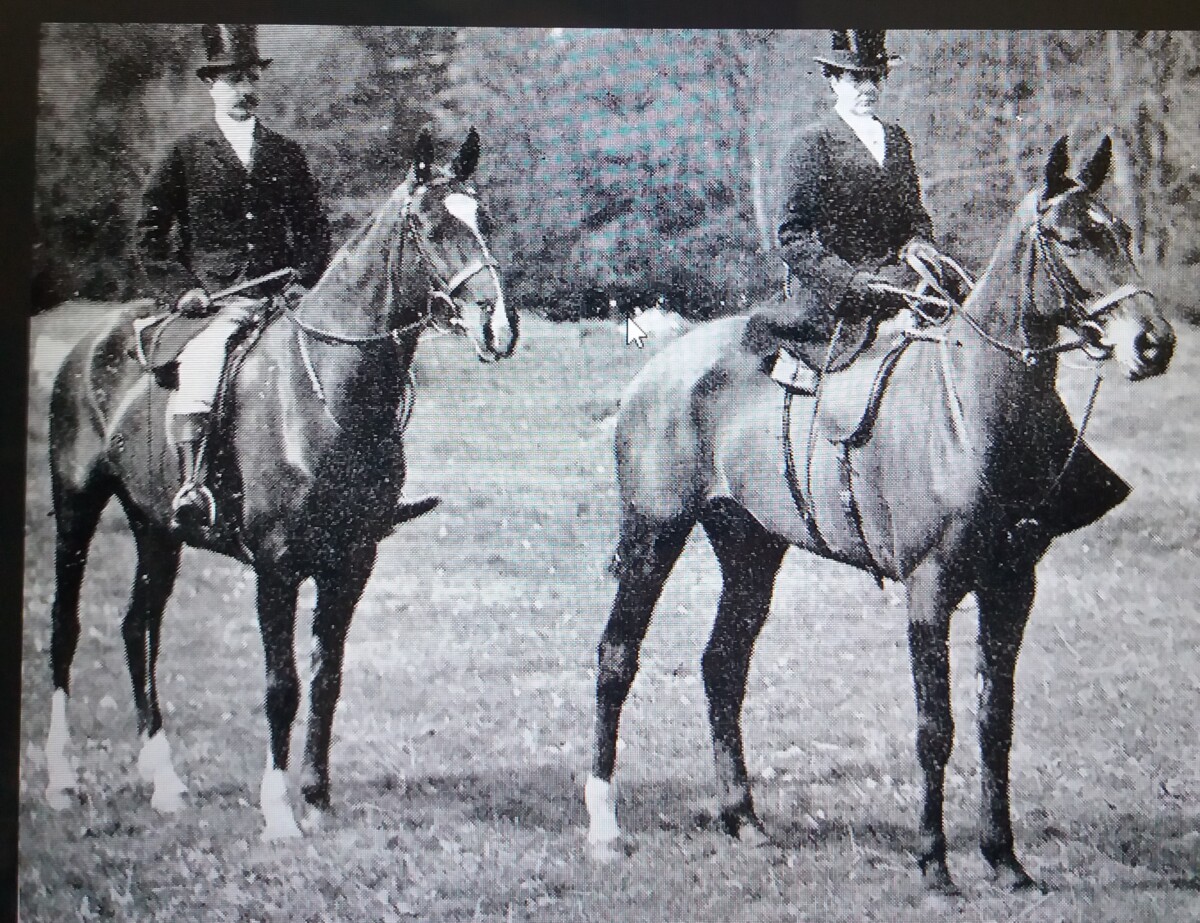 This is tape 6 of 10 Lambert tapes recorded at Pat Kelly’s house, Castle Lambert in August 1990. The main speakers were Pat Kelly and his son Martin T. Kelly, Nora O’Brien (nee Egan) Paddy Kelly, his brother Jack and John “Mac” Kelly. Michael O’Malley interviewed the gathering and Frank Burke was on the camera.

Michael: You mentioned there about the shooting of Shawe Taylor and I think we better talk about that certainly. Nora would remember it very well because there’s a tragic family incident. Mac, do you remember it? I think you told me about it.

Mac: He refused the land to some of the neighbours in Lisheenkyle. That’s all I know.

Nora: A deputation went on this Sunday to Shawe Taylor. ‘Twas about land!

Mac: The Lisheenkyle crowd only wanted a hundred acres off him anyway.

Michael: Was that the reason he was assassinated?

Paddy: The reason he was assassinated was, between all, was he was High Sheriff. If ‘Twas his son came up for a crime he would have to hang him. And I suppose got going and got stronger and dirtier. The IRB wasn’t as dirty as the IRA. The IRA than stepped in, the young lads, and they took over control. Me father and Tom Egan, John Briggs, Pat Morrissey, all of them were knocked out. The younger crowd came up – his brother (meaning Mac’s brother), Bill Freaney, all the young lads … All the old lads were kinda mild.

Mac: We were wild; we were sort of young that time you know. The old crowd are all gone now and dead. Them are the lads who could tell the story.

Michael: Tell us about the assassination of Shawe Taylor.

Paddy: About ten or twelve days after Christmas me father and Mick Kelly, Mac’s brother now you understand, Bill Freaney, Larry Lardner and Christy Daly agreed to go down on deputation to get the road out for the people to go to Mass. And they said they would go down on deputation and they went to Shawe Taylor. They went down and he opened the door and he said “Ye are welcome”. And he put them sitting down. He brought out a big decanter – a big jug – of whiskey and he gave them a glass each. So they were very happy when he met them. When they were taking the whiskey an’ everything “Excuse me” he said “I’ll be back in five of ten minutes. They just sat down and he came back again and stood at the door. “No! No!” he said. “You codded Kennedy in Craughwell” he said. “You sent boys to shoot me in Craughwell. I’ve got to sue ye” he said and “I’ll defy ye again”. “No! No!” he says “There’ll be no road while I live! Take your drink and get out”.  Well they took their drink and Larry Lardner was the last man going out. “Well, Mr. Taylor” said Larry “I’m sorry for the attitude you took towards our deputation. Would there be any use in our coming back in two or three week’s time?”  “No! No” he says. “Off with ye!”.  I can say no more. I was a volunteer but I wasn’t in the head volunteers. We were only young lads drilling away and he was assassinated. Now, that was the last “to do” with Taylor and Larry Lardner. When Taylor was shot Larry Lardner and Christy Daly “Flew” into Roscrea and they stayed there until the Tans were gone out of the country.

Michael: Where was he shot?

Nora: Shawe Taylor was shot within a few hundred yards from Egan’s of Coshla.

Paddy: (After the shooting) me father went in a dugout (with) Mick Kelly’s brother and Bill Freaney with sis of seven others. They made a big dugout in Ruane’s mountain and they were there for months sleeping out.

Mac: We were there for four months.

Michael: You were with them Mac?

Mac: I was only a young lad. I slept there a few nights.

Paddy: Mac was threatened, then, being a young lad at home, that he might be killed. There was threatening notices coming around …

Michael: Tell me, Pat, something I’m not clear of, how long was there between the shooting of Shawe Taylor and the reprisal shooting of Tom Egan?

Pat: From March to November.

Michael: Can you describe the actual happening? How did the shooting of Shawe Taylor actually happen?

Pat: Just beyond Egan’s Pub Johnny Kelly and his wife lived there in a little cottage on the left of the road – not on the other side. Johnny Kelly’s donkey cart – they took the wheels off it and spread the cart across the road. Shawe Taylor was coming. He was going to the fair in Galway.

Mac: He could hardly see it Nora

Michael: And they knew he was coming obviously? And they waited for them.

Mac: They waited for him.

Michael: Were they waiting long for him?

Pat: Apparently they were.

Mac: I’m sure they were there on time anyhow. He was going to the fair and they waited for him.

Nora: They gave him an awful death, didn’t they?

Michael: Was it true, Pat, that he was only a tenant farmer himself?

Paddy: Shawe Taylor was all right but it was someone who dictated to him to stand against them. He’d made friends that night (at the deputation) but there was some other one at the back.

Nora: And you know that person?

Pat: Ah, we all know that person.

Nora: By ye getting the land he was going to lose his job. He was working there with his family and he was the ‘right hand man’ or what would you call him.

Pat: He had such a notion of himself! He thought if Shawe Taylor’s was dead his wife would marry him. His (own) wife was
dead, too.

Nora: That’s right, too. I never knew her but I’m one age with that man’s daughter and she is still living and drives a big car but she had nothing to do with it. When Shawe Taylor went to him steward and asked him what would he do he said ‘Stick to your knitting’ because by ‘sticking to his knitting’ his family was secure. His family and his job – he was head man there.

Nora: How well you knew that, Pat. Let me tell you that you have great history and you’re not or are you as old as me at all.

Michael: Paddy, you have a story about the night after Shawe Taylor was shot that they searched the houses?

Paddy: The searched the houses in Lisheenkyle.

Paddy: The Policeman from Athenry, he’s dead and gone now, got some things belonging to the boys that was doing the job and he gave them to a woman to burn them.

Michael: What did he find?

Paddy: The bags they had tied around their feet and their boots. When they were shooting Shawe Taylor they lost them. And the woman that got them, she is dead and gone now, and she told me she got them and burned them. And that policeman was in Athenry as well.

Michael: Did you know his name, Nora?

Nora: No! But I know the night that Dadda was shot, the Lord have mercy on him, Constable Burke came with John Briggs to our house and he had a few drinks there and maybe that’s the man who told Dadda ‘to get out’.

Pat: It was Burke all right! McGuiness the ex RIC man told me that.

Page 206 of The Castle Lambert Tapes 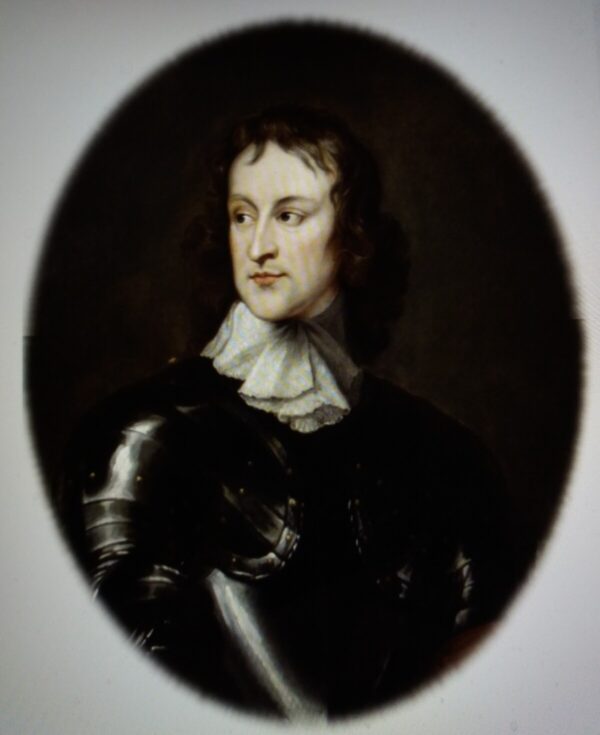