Skip to content
The History of Castle Lambert and Lisheenkyle 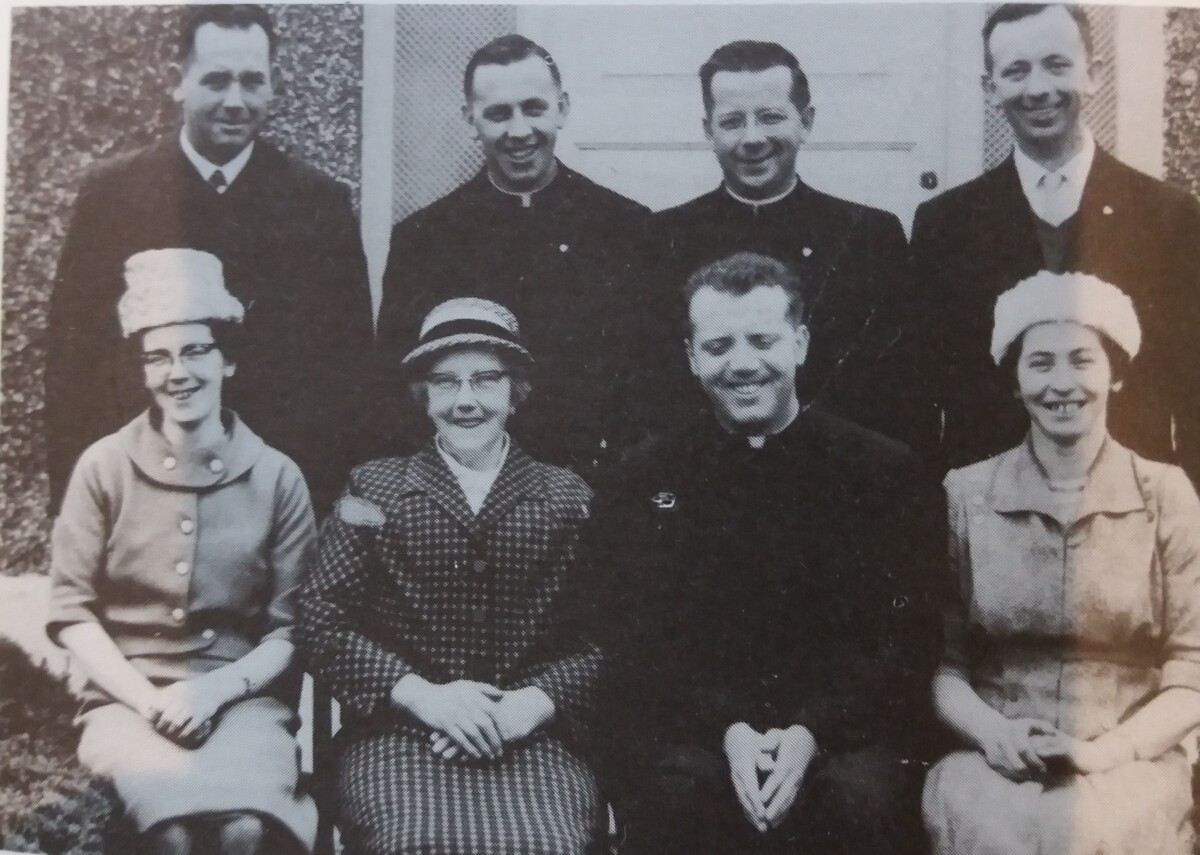 In my deliberation to write something for the Carnaun Centenary Book, I thought I should put a little research into the background of many of the families from the area that went to Carnaun School in the early part of this century. Paddy and Mach (pronounced Mock) Kelly has been one of my main sources of information and we are indebted to them so much for the early history.

The Lambert family came from Cregclare about 1700 and they settled in Castle Lambert which gave its name to that townland today. The original Lambert Estate was approximately 7,000 acres. In the second generation of the Lamberts there were four sons who did not get on together, one remained in Castle Lambert, one moved to Castle Ellen and another to Moorpark and we have no record of the fourth.

Most of the families that live in Castle Lambert today are living on lands that their fathers or grand-fathers inherited in the early divisions of the Estates.

There were many families who came to Lisheenkyle around 1800 to herd and to work for the landlords—amongst them the Kellys, the Ruanes and the Poniards. The Kellys are the longest living family in the area. They originated from Cloon in Claregalway. Paddy’s great grand-father came first to Lisheenkyle to herd as did his grand-father and father. In fact, his father was evicted from his house in 1905 when he joined the I.R.B. and refused to herd for the landlord. He was evicted from the house which was a short distance from where Paddy lives today. Paddy was just born at that time of evictions and they went to live in an old barn in the Mountain. So Paddy’s, Jack’s and Hughie’s grand children today are the sixth generation of Kellys in Knocknacreva.

Paddy’s uncle, Sean Beag owned Carraunduff originally, where Canavans live today. His family, Paddy (Sean Beag), May, Mickey and Bobby all went to America and never returned. Gretta married locally. Peadar Costello bought the land and they had it for many years until his grand-nephew, Dick Canavan, later inherited the land. Sean Mór (Mock’s father) and grand-father were all herds in the Castle Lambert estate and they lived in Mock’s original home on 18 acres. Sean Mór’s family—-Mick (Castle Lambert), Nonnie and Babs (Grealish) went to Carnmore school, but Mock and Aggie went to Carnaun. Aggie and Nonnie later emigrated to the U.S.A.

Another family of great history in Lisheenkyle were the Poniards. Their origin is hard to trace and their name is probably of French / Norman but they can be traced back to Anthony Poniard’s (Sen.) grand-father (Anthony in Derrydonnell’s great, great grand-father). Anthony’s father and grand-father were both herds and Anthony’s father was evicted too from their land and home where the Ruanes are today and had to set up in the little house that they owned, where Mock Kelly is today.

After the Kellys and the Poniards, the Ruanes are next in line of the residents in Lisheenkyle. It is assumed they came from Carnmore. They lived down the old road from Tomás Kellys. Their origin can be traced back to John Joe’s great grand-father who had a son Stephen. Both of them were herds as well. Stephen had five sons and three daughters. Matt the eldest was John Joe’s father. Martin, Pake’s father, later got a division in Castle Lambert. But tragedy struck that family when two sons and a daughter died from fever about 1908 and their house was in total quarantine for five months and only Anthony Poniard was allowed to herd their land and leave food supplies at the gate.

The Higgins family came from Lisheenavalla about 1908 and bought the land that Pake and Thomas have today. They lived in Lisheenkyle and built the old thatched house that is still there today. Shortly afterwards, they bought Coshla and Barrett’s Park from Kidd and Pat and William shared Coshla and Barrett’s Park and Richard was another one of the recipients of the Castle Lambert divide.

The Quirkes, the Rooneys and Hollands all lived side by side in Lisheenkyle and can be traced back about two generations. The origin of Quirke is probably Carnmore but some say Clifden. Rooneys did come from Carnmore and the Hollands came from Lisheenavalla. These three families were all very prominent pupils of Carnaun School in the early part of the century. The Quirkes, incidentally, did not move to Castle Lambert till the late thirties. The Rooney homestead is now gone and is shared by Pake and Thomas Higgins.

Tom Gilmore came from Glenascaul and married Margaret Lardner and a large family of Gilmores, Nora, James, Patrick, Ellen, Delia, Maureen, Tommy, Bina, Michael and John, was very much to the fore in Carnaun School during the troubled time and afterwards.

Pat Grealish’s father came from Curraghgreen and was known as Sean (Phecksy) and married Maura Blake. All the Grealishs, Babs, Johnny, Julia, Maggie, Tommy, Nonnie, Mickey, Pakie, Eileen and Phil went to Carnaun school and were a big addition to the roll numbers.

John Costello’s father came from Glenascaul also and the Moran’s we believe are of Carnmore origin. All of these were pupils of Carnaun school. The Connells and the Duggans came from the Claregalway area but did not go to Carnaun school; nor did the Kellys Bernauns. The Connells were very much part of community life in the early part of the century and were involved in the 1916 Rising as were many of the young men in Lisheenkyle at the time.

Tom Kelly (the Herd), Pat’s father, came to Castle Lambert about 1905 to herd for Lambert. Local feelings were high at the time against the landlords and the English and the gentry were always seen to support the crown. Local bitterness was fuelled by the fact that the people of Lisheenkyle were refused a right of way through Castle Lambert to Mass in Athenry and they had to go around by Derrydonnell and most of the locals refused to herd. As a result Tommy Kelly (Paddy’s father) was evicted. But after a time Tom Kelly, the herd, influenced Shawe-Taylor to give the local people a right of way to Mass which eventually happened and better relationships started to prevail.

One of the interesting factors about the Castle Lambert division was that no recipient had to pay rent unless he had a dwelling or a stable. So where Joe Higgins and Pake Ruane are today there were originally twelve divides of these which included Paddy Freeney, Pat Connell, Mick Kelly, John Costello, Mickeen Kelly, the Morans, the Conways, Martin Ruane, Richard Higgins, Tommy Holland and Tom Kelly. Land at that time was easy to acquire provided you could pay the rent. Even some of them sold what they had to pay their passage to America.

One of the most interesting statistic of all this research which I am sure can never be equalled, is that, of the twelve or fourteen families that were in Lisheenkyle and Castle Lambert at the time, nine sons were born the same year and all of them went to Carnaun school the same year, 1911. They are: Paddy Kelly, Mock Kelly, Eddie Quirke, Jim Rooney, Mickeen Kelly (Sean Beag), Mick Moran, Mick Poniard, Paudeen Holland and Thomas Kelly (Castle Lambert). To add to this in Derrydonnell, five sons were born that same year: Sonny Conneely, Joe Murray, Patrick Keane, Sean and Michael Heneghan. May I add that Fr. John Glynn was born too in Coffey’s, Ballybacka that same year. It is said that Nurse Hayes, the local mid-wife had a very busy time as it was customary then for the mid-wife to live for a few days with the expectant mother.

Castle Lambert and Lisheenkyle have a lot of history of landlords, and republicanism and the people who made that history. We, two or three generations onwards are proud of our forefathers who made that history and the part they played in developing and cultivating the land that is so prosperous today. We salute them for making our townlands of Castle Lambert and Lisheenkyle what they are today.

May God reward them for their work.

Note: This record is also published in The Lamberts of Athenry book on page 193. Please refer to The History of Castle Lambert and Lisheenkyle for more information.

Page 110 of The Carnaun Centenary Book 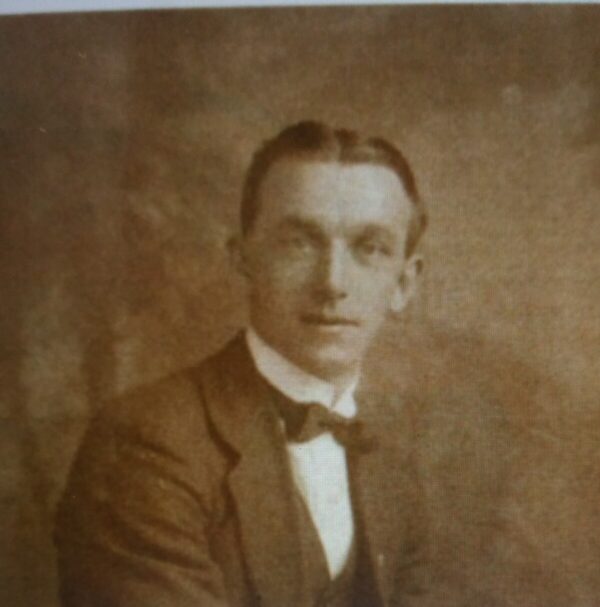