On 28 September 1912, in Belfast, circa 400,000 Unionists signed the Ulster Covenant to resist the granting of Home Rule to Ireland. This was followed in January 1913 with the formation of the Ulster Volunteers, composed of Unionists to oppose the passage and implementation of the bill by force of arms if necessary.

The Irish Volunteers, Óglaigh na hÉireann, was a military organisation established in 1913 by Irish Nationalists, especially the Irish Republican Brotherhood (IRB), in response to the formation of the Ulster Volunteers. Its primary aim was “to secure and maintain the rights and liberties common to the whole people of Ireland”.

The Irish Volunteers included members of the Gaelic League, Ancient Order of Hibernians, Sinn Fein and under cover members of the IRB who were elected officers in every company. Pádraig H Pearse another prominent member of the IRB was there with his friend Tom Clarke. Other founder members included Bulmer Hobson, IRB, co-founder of the republican boy-scouts, Fianna Éireann, James Stritch, IRB, (who with the help of the Irish National Foresters build a hall for the Volunteers in which to meet and drill at the back of 41 Parnell Square the headquarters of the Wolfe Tone Clubs in Dublin), Harry Boland, IRB and a member of the GAA, Eoin McNeill, Professor of Early and Medieval History at University College Dublin, The O’Rahilly, assistant editor and circulation manager of the “An Claidheamh Soluis” the Gaelic League newspaper and Liam Mellows, commander of the Volunteers in County Galway in 1916 was also a founder member.

The first meeting of the Volunteers was held in Wynn’s Hotel in Abbey Street, Dublin, on 11 November. Sean Mac Dermott and Eamonn Ceannt, prominent IRB members attended and Eoin McNeill was given the role of Chief of Staff. The Irish Volunteer movement was publicly launched at a meeting of over 5000, organised by the IRB, in the Rotunda, Dublin on 25 November 1913.

However the 1914 – 1918 war had a big effect on the Volunteers as John Redmond urged them to support the war effort and McNeill was against recruiting. There was a split and the Redmonites circa 147,000 were called the “National Volunteers” and those who sided with Mc Neill were called the “Irish Volunteers”. Many Redmonites joined the British forces in the war (but not in County Galway where the majority were farmers’ sons who were only interested in getting land) but by 1915 many of those who remained in Ireland joined the “Irish Volunteers while the rest became inactive.

The Irish Volunteers fought for Irish independence in The Easter Rising in 1916.  They were joined in the rebellion by James Connolly’s Citizen Army, Cumann na mBan and Fianna Éireann and were later called the Irish Republican Army (IRA). 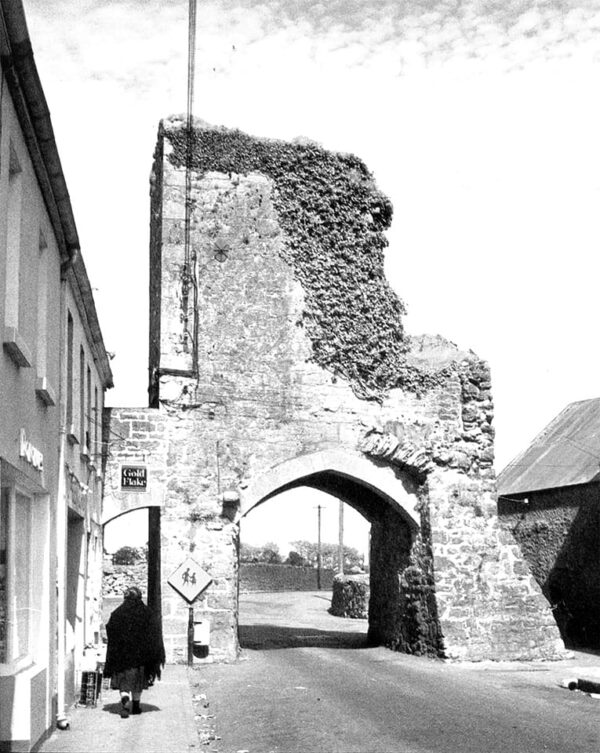