After the restoration of Athenry Castle Professor Rynne was at last satisfied that there was now, in the town, a building worthy of housing the Athenry Corporate Insignia, the 14th century Mace and Seal so, in 1993, he decided to write to the last known owner who had an address in the Isle of Wight.

Unfortunately, Mr. Blishen was no longer resident at the address used and the letter was returned unopened. The Professor, later, kindly gave permission to publish the Letter in the Athenry Journal in the Athenry Medieval Festival edition in August 1996.

The following is an extract from the letter!

About thirty years ago, when I was at the time an archaeologist on the staff of the National Museum of Ireland, I had the good fortune to be allotted the job of recording the Athenry mace and seal which were at that time in your possession and which you had kindly lent to the Museum for photography and otherwise fully recording. In 1967 I left the Museum to take up a post here in University College, Galway, and since 1968 I have been a resident in Athenry, some fifteen miles east of that city. I never forgot my coincidental handling several years earlier of the mace and seal and, indeed, often proudly boasted that I was undoubtedly the only person now living in Athenry who had ever had that privilege!

I have over the years lectured often in the town and elsewhere about Athenry’s past, making particular reference to its outstanding medieval monuments – I even have asked questions about Athenry in some of our exam papers ( I enclose this Summer’s B.A. paper with the relevant question highlighted). The town’s interesting history, too, always had to be considered, including its Corporation with its unique mace and fine seal. True, most already were obviously aware of its ancient monuments and some knew of the mace and seal, but did not know that they still existed. Anyhow, my interest in medieval Athenry eventually caught fire among the townspeople and resulted, inter alia, in the setting up of the Athenry Archaeological and Historical Society which holds several lectures and outings each year and which has also published some post-cards and a small illustrated brochure (copies of these enclosed).

Athenry in consequence has begun to come alive to its heritage, and within the last few years several special events have taken place here, e.g. celebrating the 750th anniversary of the foundation of the Dominican Priory, the holding of a Reunion of almost 50 Berminghams from France, a Poetry weekend commemorating Padraic Fallon and the erection of a beautiful cut-steel monument in his honour, and the annual Lady Day Festival which in August, this year, incorporated a marvellous “Medieval Faire” complete with jousting, etc., all organised by the local inhabitants and most successfully too.

Such has the reawakening of Athenry’s pride in its past that the Office of Public Works has restored the roof and the interiors ﬂoors of the Castle, which they intend officially opening next Spring as a sort of Heritage Centre informing locals and visitors alike of the history, antiquities and attractions of Athenry and the surrounding area.

And this is why I am writing to you. It has often been suggested to me that I should contact you with a view to asking if perhaps you might consider giving or lending the mace and seal to the town. I invariably hummed and hawed about doing any such thing – as a former museum person I could not visualise such precious objects being securely exhibited in the local school or library. But now, with the Castle restored, and it a National Monument in State care, I feel that such would not only be desirable but maybe even possible, and I have finally agreed to try to contact you regarding the matter.

Of course, I have also an unimportant and totally irrelevant reason for approaching you about the mace and seal right now! It is that I have had a hard summer and am hoping to take a week’s holiday later this month or early in October and travel over to visit the Isle of Wight. Not only have many friends who have been there given good accounts of it, but it’s a place which I always wanted to visit (my father spent the first few years of his life in Sydenham, Southampton, and often spoke of it). My hope, furthermore, would be not only of getting the opportunity to again see what is now “my town’s” medieval insignia but also to visit the Yacht Club … and as an archaeologist I want to visit Carisbrook Castle and other ancient and medieval sites over there.

I am hoping, therefore, that I might hear from you soon, informing me whether I presume to call on you when we visit the island. I would very much welcome the opportunity, quite irrespective of your intentions, vis-i-vis the future of the mace and seal, of finding out more from you about they came into your possession (via the Blakeny family?), and also of finding out more about Athenry’s past from you – I’m relatively weak on the more recent history!

Fortunately, a visitor to the Athenry Medieval Festival, in August 1996, Tom Bermingham, who’s ancestors lived in the castle, spotted to article and decided to join in the search. His efforts were well documented in the Tuam Herald by Tony Galvin. The missing treasure was found and with the kind permission of the Blishen family the Athenry Mace and Seal was returned to its rightful home. They can now be seen in the Athenry Arts and Heritage Centre in the Square, Athenry. 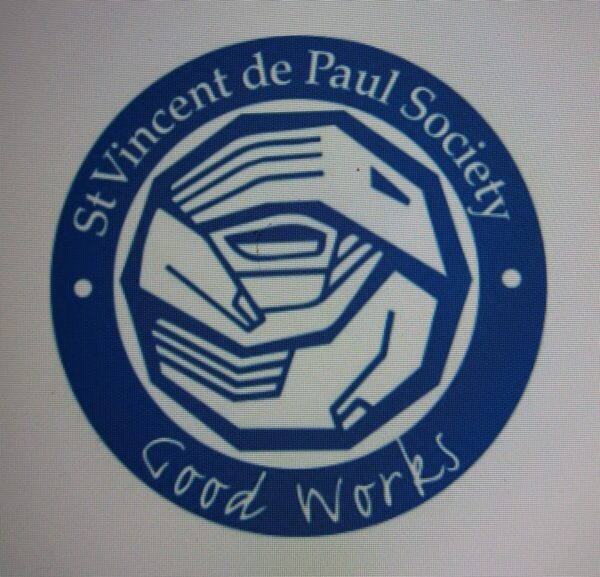 The Saint Vincent DePaul Society has been active in the Parish of Athe… by Micheal Qiunn
Athenry Journal Archive | Education, People, Religion