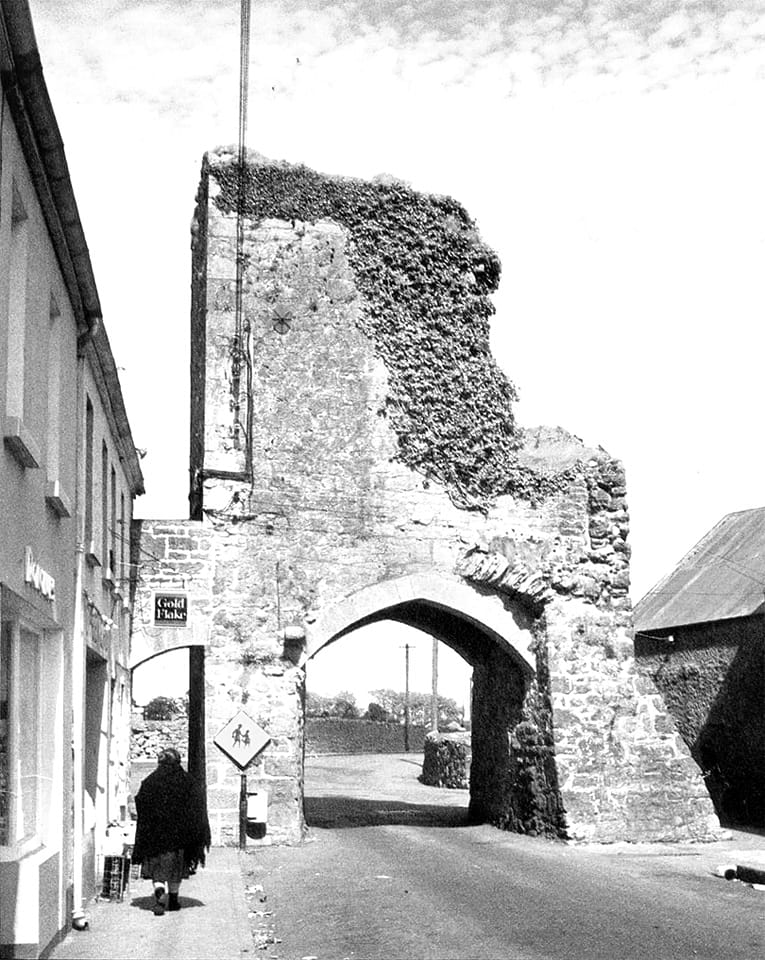 Athenry is thus described in the “Galway Express”:

During the present week our representative paid a visit to the thriving town of Athenry, and was much surprised to notice the many improvements that have taken place there within a very short space of time.

The first that attracted my attention on entering the town from the railway station was the change that had taken place in the old archway, one of the remaining glories of the past when Athenry was one of the greatest strongholds in the province, the seat of many of Ireland’s monarchs and which made it recognised as “The City of the Kings”. This archway is now being renovated under the superintendence of Mr. Smith, County Surveyor, Ballinasloe, and will, when finished, be a creditable piece of workmanship.

A long line of new buildings, extending from Cross Street to Bridge Street, has been constructed by Mr. J. Broderick, builder and contractor, Athenry, which gives this portion of the old town a modem appearance. One of those buildings is to be the new Post Office and as it at present stands it is not second in appearance to any found in larger and more pretentious centres.

Another new building is being erected and is almost completed for the Roman Catholic Curate. It is situated on the western side of the Chapel, is a beautiful block, almost square in dimensions, and built of ornamental chamfered limestone facing the sacred edifice.

To the north-west is the Parochial House, in which resides the Very Rev. Canon Canton, a gentleman who has at all times taken the deepest interest in the welfare of Athenry and its inhabitants. Canon Canton is a well known figure at our County Council meetings, where he at all times advocates the construction of pathways in Athenry and, indeed, any stranger visiting the town would at once be struck by the non-existence of those most essential structures for the safety and accommodation of pedestrians.

Another need that should be supplied is some mode of illuminating the streets at night as, with utter darkness surrounding the stranger and no pathways on which to take protection from the carts and side cars passing along the streets, the wonder is that accidents have not been more numerous than they actually are.

Another improvement in Athenry is a new residence which Dr. Monsell is getting built for his own accommodation and which will be a decided ornament to the locality.

As further proof of the progress Athenry is making, we may mention that there is an annual horse show held there, which means the circulation of a large amount of money amongst the traders. For the establishment of this enterprise the credit is mainly due to Dr. Quinlan and Mr. M. J. Lardiner.

There are thirteen fairs held during the year for the sale of sheep, cattle and pigs, as well as four horse fairs which, through the instrumentality and energy of the committee appointed to look after them, have already become celebrated for the high class animals that are found making their way to these remunerative markets.

From its central position, with railways running there from all directions, Athenry must eventually become more and more prosperous, and should unanimity continue to reign amongst its inhabitants, its prospects are bright indeed. 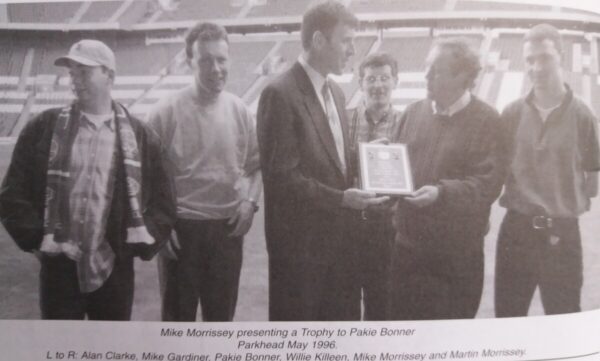