The Great Famine (1845-49) marked a turning point in Irish history.  In 1845 the population of Ireland was over eight million; by 1851 it had fallen by two million – one  million of these people died of starvation or disease and another million managed to emigrate. An article in the Tuam Herald of 2/5/1846 entitled ‘what is to be done for Ireland’ presents a startling but true picture. ‘The people are starving – they want employment – food to enable them to work – work to enable them to pay for food. Ireland is on the point of anarchy if her people be not fed.’ How did the parish of Athenry fare in this great catastrophe? As Athenry had no workhouse there are no specific records. A list of  public works for the repairs of roads and fences at Moyode, Boyhill, Lodge, Rockville, Kingsland, which would give employment to the poor, is the only mention of Athenry in the Tuam Herald of 2/5/1846.

Loughrea workhouse served Athenry and it was extended in 1847, as the original buildings to serve 800 people was unable to cater for the huge influx of  starving people. It is reasonable to assume that some of these people came from the Parish of Athenry. We can only try to trace some of the story from the Census of 1841 and 1851.

The worst affected townlands were Mountain North, which had a population of 101 and Fahys’ village, which had 25 in 1841; these were totally depopulated in 1851.

Behind these cold statistics lies the personal story of the famine in Athenry.  It   is not recorded – has anybody got a story of his or her own townland?  Let us try to  record any oral memories which still exist of this sad event before we pass into the 21st century.

The late John Hanley, Kingsland, told me that relations of his – Monaghans – were evicted from Moanbaun and his grandfather got them a place in Backpark, where the family lived up to recent times.

Moanbaun, which consisted of 601 acres, was part of Newford Estate of 2556 acres, owned by Robert Whaley. It was offered for sale under the sale of Encumbered Estates Act on 13th January 1852.

Other landlords were Jonathan Corbishey who owned or leased all Rathmorissey; Maurice Colles who owned Polnagroagh, Stephen Roche who owned Caheroyan, and Ballydavid South.

Let us try to uncover some of the real live history behind the sparse recorded facts. Please contact me with any stories or memories!

Page 166 of The Lamberts of Athenry Book 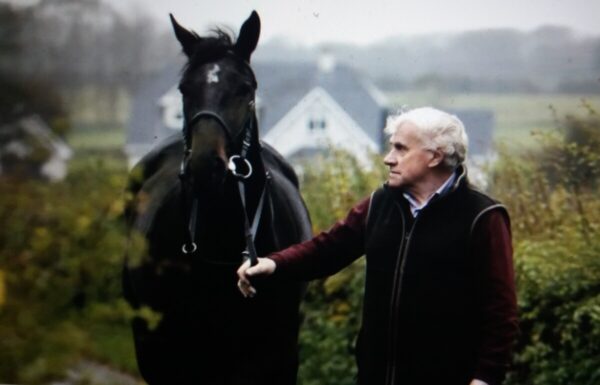