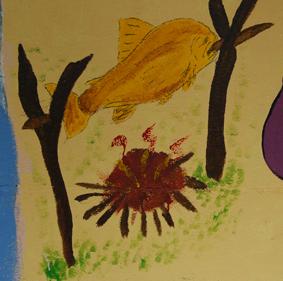 Fionn, like most of the Irish heroes, had a partly de Danaan ancestry. His mother, Murna of the White Neck, was grand-daughter of Nuada of the Silver Hand, who had wedded Ethlenn, daughter of Balor the Fomorian, mother of the Sun-god Lúgh. Cumhail son of Trenmor was Finn’s father. He was chief of the Clan Baiscne and leader of the Fianna. Clan Morna who lived in Rath Luachar in Connacht were also members of the Fianna but always contended the leadership of the Fianna with Clan Baiscne.  The two great clans fought at Knock now Castleknock, near Dublin. During the battle Finn’s father, Cumhail is wounded and his attacker carries off his pouch of magical objects. Lacking his pouch, Cumhail isslain, by Goll, a member of the Morna clan who then became the leader of the Fianna. Among the Clan Morna was a man named Lia, the lord of Luachar in Connacht, now became Treasurer of the Fianna under Goll Mac Morna, and kept the Treasure Bag, a bag made of crane’s skin and having in it magic weapons and priceless jewels that had come down from the days of the Tuatha de Danaan at Rath Luachar.

Cumhail’s wife Muirne, after the defeat and death of Cumhal, took refuge in the forests of Sliabh Bloom, and where their son was born. She named him Demne. Fearing for her son’s life at the hands of Clan Morna,she sends him to the forests of Sleive Bloom to be raised by Bodhmal the Druidess and her sister, the warrior Liath Luachra. Reared by these strong,wise women well, Demne grew to become a fierce warrior skilled at weaponry and fighting as well as at the healing and magical arts. Unable to reveal his name lest Clan Morna discover him, he becomes known as “Fionn”, meaning “fair or fair-haired”. There he was given excellent training in the ways of the warrior and manhood.  To teach him how to swim they threw him into a lake, to “sink or to swim” and to put him in a closed off field with some hares. They told him to always keep ahead of the hares no matter what until the day was over and soon he was able to race and catch a wild deer and bring it back to the women. Nor alone did they turn him into a fine young man, fair of appearance, supple of limb but they raised him to be a fierce warrior skilled at weaponry and fighting as well as healing and magical arts. When they deemed Fionn old enough he left his protective home in Sliabh Bloom and sent him to finish his education to Finegas a Druid who lived on the river Boyne.

Fionn Mac Cumhaiull and the Salmon of Knowledge (Record)

Membership of the Fianna (Record) 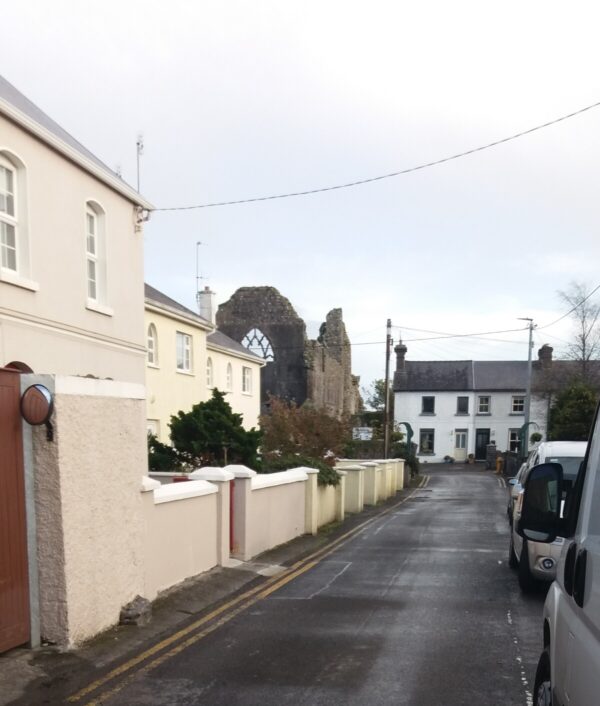 A Ramble around Athenry in the 40s: Bridge Street, Abbey Row, Barrack Street

Barrack Lane As before, in the other articles, I’m speaking from memor… by Jimmy Somers
Athenry Journal Archive | Archaeology, Education, People