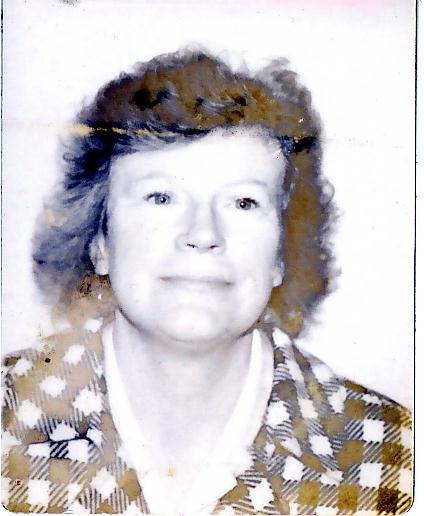 Poems, stories and songs remain vividly with me from my days in Carnaun with my father, Tim O’Regan.
Travelling from Dublin, where I now live, to Athenry, brings me across the bridge in Athlone, and many lines from “A Ballad of Athlone ” by Audrey de Vere never fail to come to mind, especially the lively dialogue:

“St.  Ruth in his stirrups stood up, and cried,
‘I have seen no deed like this in France!’
With a toss of his head, Sarsfield replied:
‘They had luck the dogs!  ‘Twas a merry chance!”

As a child the long mid-winter journey in “The March to Kinsale” by the same poet filled me with awe and wonder.

“O’er many a river bridged with ice,
Through many a vale with snow-drifts dumb,
Past quaking fen and precipice
The Princes of the North are come!”

Walking the Burren, a gusty Atlantic breeze surrounding me, recalls The Wild Geese, The Irish Brigade.

“Oh little Corca Bascinn, the wild, the bleak, the fair!
Oh, little stormy pastures, whose flowers are sweet, if rare!
The whole night long we dream of you, And waking think we’re there …
Vain dream, and foolish waking, We never shall see Clare”.

“Fontenoy” by Emily Lawless, “A Country Road”, “A Misty Afternoon” and “A Drover” by Padraic Colum, come to mind!

“To Meath of the Pastures, From wet hills by the sea,
Through Leitrim and Longford, Go my cattle and me”.

No one need to be reminded of the other poems “A Cradle Song” and “An Old Woman of the Road”.  Spring comes and I’m reciting “The Daffodils” by William Wordsworth.  Who can remember “To Daffodils” by Robert Herrick?

“Fair Daffodils we weep to see You haste away so soon;
As yet the early rising sun Has not attain’d his noon”.

Another favourite by W. Wordsworth was “To The Cuckoo”.

Thomas Hood gave us: “I Remember, I Remember, The house where I was born”.

Then there was “I See His Blood Upon the Rose”, by Joseph Mary Plunkett, “The Little Waves of Breffny” by Eva Gore-Booth, “The Pascal Fire of Patrick” by Denis Florence McCarthy, “The Snare” by James Stephens, “The Fiddler of Dooney” by William Butler Yeats and “The Wayfarer” and “The Mother” by Padraic Pearse.

The stillness of an April afternoon comes and I’m whispering “Sheep and Lambs” by Katherine Tynan:

“All in the April evening, April airs were abroad,
The sheep with their little lambs, Passed me by on the road”.

At one time I was a little apprehensive of being whisked away by the fairies when we were learning “The Fairies” by William Allingham.

“They stole little Bridget
For seven years long,
And when she came back again
Her friends were all gone.”

I did not need to be reminded that my name was “Bríd”.

What utterly strange but memorable words in “The Donkey” by G.K. Chesterton.

“When fishes flew and forests walked
And figs grew upon thorn,
Some moment when the moon was blood
Then surely I was born”.

Poor old Father Gilligan in “The Ballad of Father Gilligan” by W.B. Yeats, down on his knees falling asleep from exhaustion, was an unforgettable figure.

“He knelt and leaning on a chair
He prayed and fell asleep;
And the moth-hour went from the fields,
And stars began to peep”.

Death through war or conflict will always bring to mind “Thomas McDonagh” by Francis Ledwidge.

“He shall not hear the bitter cry
In the wild sky where he is lain,
Nor voices of the sweeter birds,
Above the wailing of the rain”.

“Mise Rafterí” and “Anois teacht an Earraigh” slipped easily over the tongue as Rafterí had been a character known to the people of Athenry and was laid to rest not too far away in Killeenan, Craughwell.

Help was coming in a mysterious way in “Róisín Dubh”.  We understood the sadness and desolation of “Cill Chais” with Castle Ellen and Castle Lambert close by.

Even if our flights of fancy didn’t succeed in bringing us to Valparaiso we trundled along happily with Sean Phadraigh O’Conaire over small western roads in “M’Asal Beag Dubh”.  The intricacies of learning how to buy a donkey, to set up camp, to light a fire and make a decent drink of tea in a billy can in harsh windy weather were all part of the journey.
Then there were the stories of Padraic Pearse, “Eoghainín of the Birds” who died mysteriously and flew away with the swallows; Bríd na n’Amhrán” who walked all the way to Dublin to take part in a feis, who won the cup, but died from the shock and hardship of it all.  Would that we could remember the cadences of rich Irish phrases in Old Mathias (Sean Mhathias), who never went to Mass, but then Íosagán came to sort him out.

“Seán Ó’Duibhir a’ Ghleanna”, “Eamonn an Chnoic” and “Pé ‘n Éirinn Í” were a few of the songs I shall never forgot.

Oceans of learning noisily hitting the smoky ceilings and often the master and Missus despairing of us progressing at all.  Would that these tattered books hurled to dusty corners were now at hand to replenish and enrich vague youthful memories.

Page 195 of The Carnaun Centenary Book 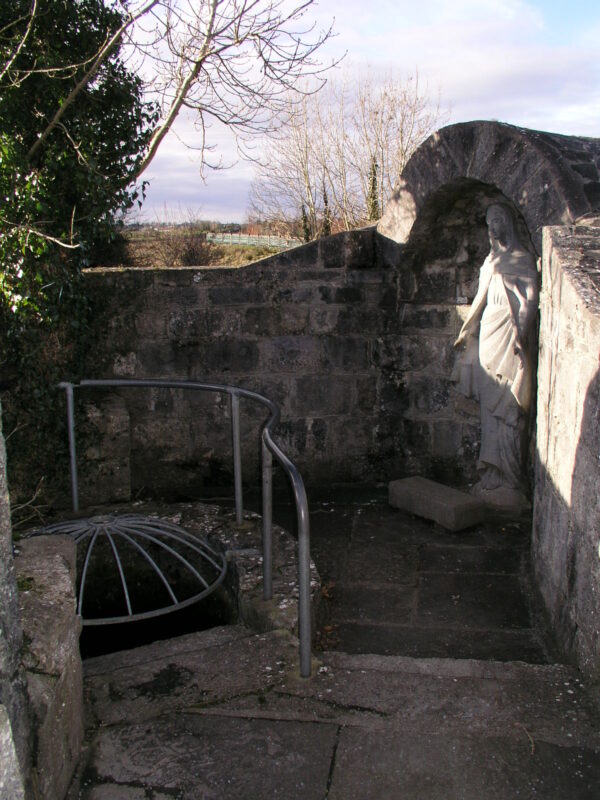 Holy Wells have been a feature of the Religion of the Irish people for… by Monsie Kennedy
Athenry Journal Archive | Education, Folklore, People, Religion