Skip to content
Walking Around Athenry with Séamus Lynch Part 1 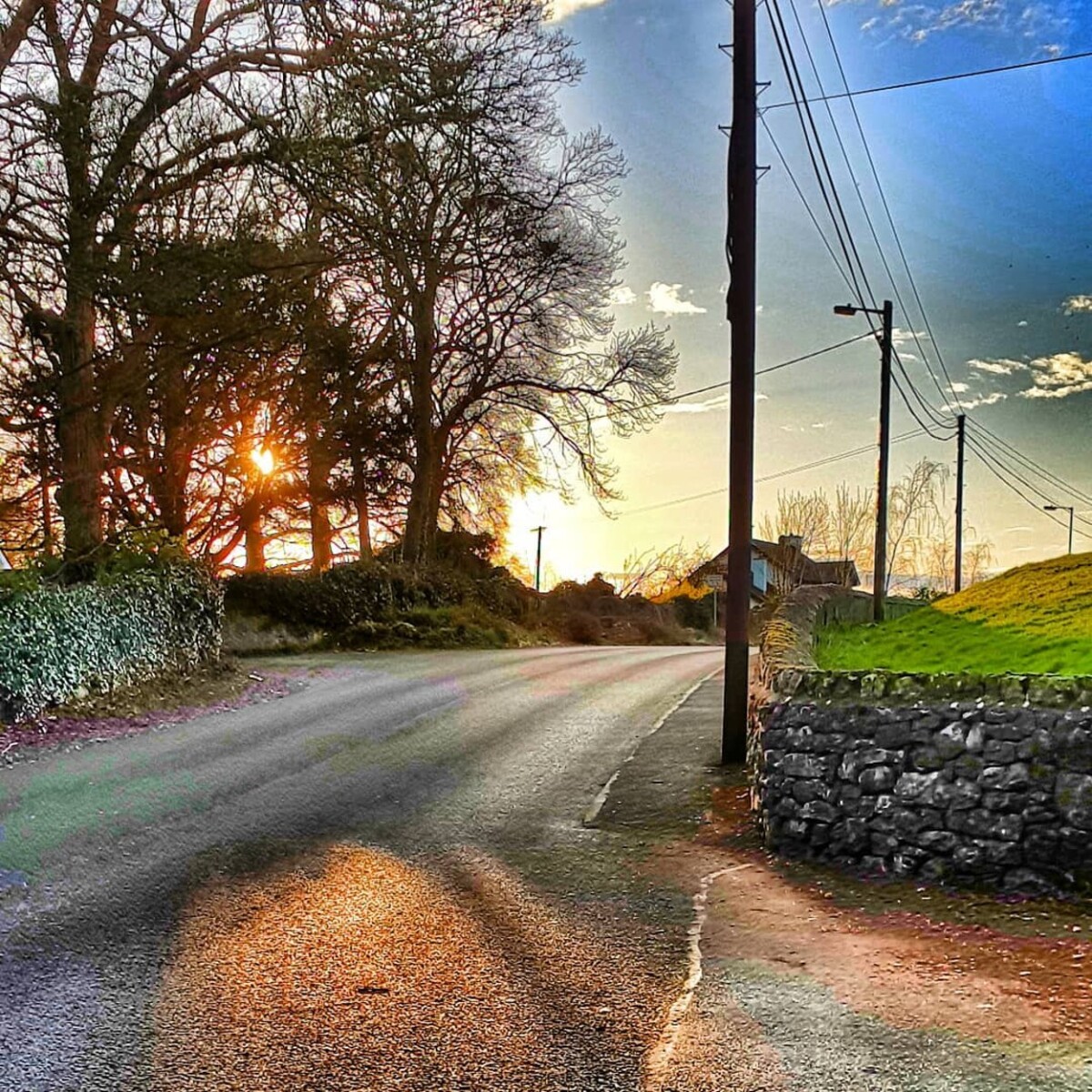 From the Square to Ladys Wells to the Village of Blaine, Backpark, Sice’s Cross, Bottom, Farnablake, Prospect and home…

It is a nice fresh sunny April day, so I decide to go for one of my favourite walks.  Because I will bring my 10 year old terrier, this route is most suitable.  Apart from being scenic and quiet, it is also relatively traffic free and will bring me a few miles into the country past Lady’s Well.

I meet first with Paddy Corley at the River Bridge and as this month is usually the height of the fishing season we anxiously anticipate the next flood.  Paddy and Eileen’s family were all gifted athletes.  Their eldest son Tony, now living in Boston, is a personal friend of mine and I was privileged to be his partner in many an Inter-county handball competition.  Tony was also a very skilled rugby player and played many a Senior Inter-provincial with the Connaught tewn.  Indeed there was an unusual occurrence in the mid 60s when three Athenry lads played with the Connaught team versus Ulster in the Sportsground in Galway, despite the G.A.A ban.  Tony was fullback, while Gabe Cronnolly and Mike Browne, first cousin to Milhe, played in the forwards.

We look down at the old school, now in ruins. 1 have happy memories of spending many cold winter nights there rehearsing plays as diverse as John B. Keane and O’Casey, from Stringberg to Oscar Wilde.  These rehearsals take place nowadays in Payne’s Hall.

I call regularly to Eamonn Madden at the forge.  Here I am liable to meet anyone from the local farmer to the Master of the Hunt and animals ranging from donkeys to thoroughbred horses.  I look in Phonsie Madden’s haggard.  Thankfully, the orchard is as it always was, and still fruitful.  Across the road is the ultra modern boys National school, built in what was once Paddy Hession’s field. I have a chat with Sean Ward, a local vet as he heads off on his rounds.  Joe Howley’s two fields have been rented out to a local farmer.  Joe has left Abbey Row and now resides with the Monaghans in Kingsland.

The field beside Jody Curran’s house is nowadays used for any circus or amusements that come to town.  Further up the roadsome lovely new houses are under construction by local contractors, the Lallys and the Rooneys.

As I approach Lady’s Well, I can see Brigie Clasby’s house to my left.  This is now occupied by Jimmy Connell and his family. The great Dick Morrissey who brought hurling honours to Galway in 1923, lived here.  My dog has a drink of spring water outside Lady’s Well, while I admire the beautiful landscape created by a diligent local committee and the members of the local FÁS scheme.  To my left is one of the few remaining functional freshwater wells in this district.  This well still services some houses in Rahard.  Further up the hill I stop for a while outside the house which was once owned by Matt and Jimmy Hynes.  I have happy memories of picking mushrooms here as a child, while at the same time keeping a watchful eye on their ever-present Shorthorn bull.  These days, one would need to be up very early, as Jimmy Mullins and his wife Assumpta, who live across the road, have seven children, who know every blade of grass and probably the location of every mushroom in the area!

Many years ago, along with some other local lads, I would deliver the post in this area during the Christmas period.  Pa Donohue lived in a beautiful thatched cottage just off the road.  The hospitality here was outstanding and this was always a welcome stop during the rounds.  The house has now been demolished, but his widow Mary lives in a new bungalow nearby.

Paddy and Ethna Hynes and their son Frank and his wife life further up the road.  At the T junction, where I stop for a rest, I am now exactly two miles from the Square in Athenry.  The village of Blaine is some way to my left.  Esker is straight ahead but I decide to turn right towards Sice’s Cross.  The boreen to my left brings back memories of the Paddy Fox.  His wife Mary lives in a new house just off the road.  At the top of this road, there is a monument to young Shane Farragher, who tragically drowned there, some years ago.

Along the road to Sice’s cross, I meet with Basil King and his stablelads, who are out hacking their fine race horse.  Another family, the McCulloughs, who live along here, keep lovely horses also.  I have a chat with Basil’s father Eddie, as we stand at the old pump outside his house.  This pump is still in working order.  An orchard behind Eddie’s house also revives memories. I decide to walk straight on for an uninterrupted mile which will bring me out on the AthenryCraughwell road.
I have a chat with Tommy and Paddy Sice, and admire their prize winning Galway sheep.  I am now looking at newly born lambs which, inevitably, one day will win fame in Shows around the country, including the famous Ballsbridge Show in Dublin.  Some of the best maintained fields in the parish are on either side of this stretch of road.  Along here, one can see the modem breeds of Continental cattle belonging mainly to P J Greaney, and Joe Hynes.  In contrast, on the right side, are some fine fields of tillage, a rare enough sight nowadays.  Mike Murphy and Joe Hynes are widely known for the quality of their crops of potatoes, oats etc.

I call to Sean Farrell in his ultra modern abattoir.  Sean and his staff are as cheerful as ever and, thankfully, I am always welcome there for another chat. I proceed towards town and, once again, a row of new houses mingle with the old.  The old houses include Lou Fallon’s, Jim Keane’s, Michael Donnellan’s, formerly Curreen’s, Joe and Mary Byrne’s, Brady’s, Winnie Kennedy’s and John Caulfield’s. (John now resides in Galway city).  The new houses include Des Farrell’s, Galway Glass; Hayden Moore’s; Gerry Atkinson’s; Sean and Valerie Corbett’s.

Here I feel by a tinge of sadness as my next stop would normally have been my brother Martin’s house.  Sadly, he passed away from this life on New Year’s eve last.  May he rest in peace. I also think of the nights, long ago, that I spent with John Caulfield and Nancy.  There used to be some craic and great music in that house.

I visit the graveyard and pay my respects to many of my friends of times gone by.  There are, to date twenty six graves in the new addition to the graveyard.
I stand at the New Cemetry cross roads and admire the panoramic view of the town.  The floodlit castle, the town wall and its towers, and the majestic spire of St. Mary’s parish church. I turn left at St Mary’s nursing home and look towards Tommy Monaghan’s house, Ivymount, now occupied by his nephew Dermot. I have been told that the Galway Livestock Marts were inaugurated in this house.

The first meeting of the Mart Committee took place in the basement here.  I now attach a lead to my dog as the next stretch of road can be particularly hazardous.  A footpath would be welcome along here, as the “round the Pound” route is popular with the locals.  I stop at “Connors of the Pound” and have happy memories of the days and nights I spent fishing along the banks of Gort na hAbhann.  Names of great fishermen and wonderful characters like John Crosby and Gerry Collins quickly come to mind.

I pass the flourishing Livestock mart and continue towards base.  After approximately two hours and about five miles, I will feed the dog and enjoy a welcome cuppa.

A Walk Around Athenry with Seamus Lynch 1998 (Record) 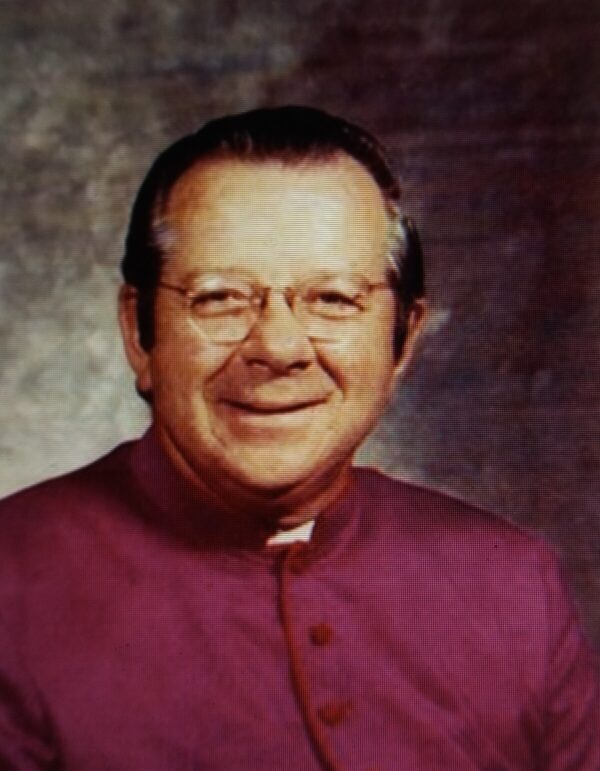 As I reflect on Alice Taylor’s book “To School through the Fields” I b… by Patrick Higgins
Carnaun Centenary Archive | Education, Entertainment, History, People