Skip to content
Why Myths of the Athenry Area?

A study of the names of the townlands in the Athenry area can tell us a lot about its history. For example the hill from which Carnaun gets its name was once a “cairn” grave but before that it was the “Clogher” or stone dwelling of a noble man called Goll Mac Mórna a leader of the Fianna. The townland next to it is called Tobar na bhFiann or the Well of the Fianna. The townland on the other side of Carnaun now called “St. Ellens” was once called “Sídhe nEthlenn” or the other world place of Ethliú who was the mother of the god “Lúgh” and who gives “Lugh Brú” (Loobroe) a townland near Athenry its name.

Goll Mac Mórna had a brother called “Conán Maol Mallachtach Mac Mórna” ( Bald Conán of the blasphemus tongue) who is now called “Conan the Barbarian in modern TV films. With names like “Clais a’ Lisín”, “Cnoc a’ tSíodhán”, “Tinneadh” about is is easy to realise that this area was once the hunting ground for heroes of old. If fact the land of east County Galway around Athenry – Achréidh na Gaillimhe” was called “Maigh Mucdreimme” or the “Plain of the Counting of the Pigs” and featured in the epic tale  of Meadhbh and Allill called “The Táin Bó Cullaighne” or the “Cattle Raid of Cooley”. So as you walk the local fields you may remember that Meadhbh and Allill, Goll and Conán, Fionn and Oisín and Oscar, Caoilte Mac Rónán, Diarmad Ó Duibhne and his lover Gráinne and many more of these great warriors walked these fields thousands of years before us!

Over the years these stories were handed on by the teachers to the pupils of Carnaun National School, Athenry, Ireland.

Where do we get these legends? The books of Dun Cow, Leinster and Lismore (Record) 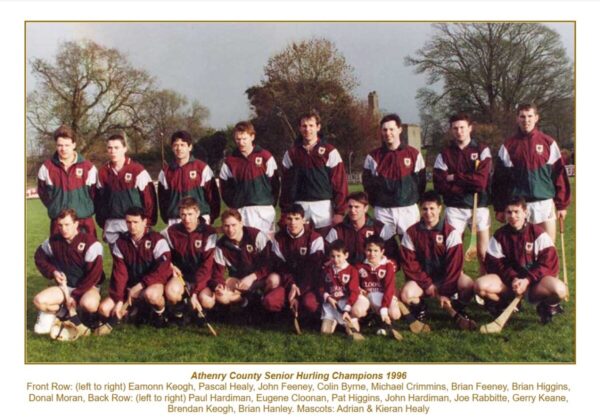