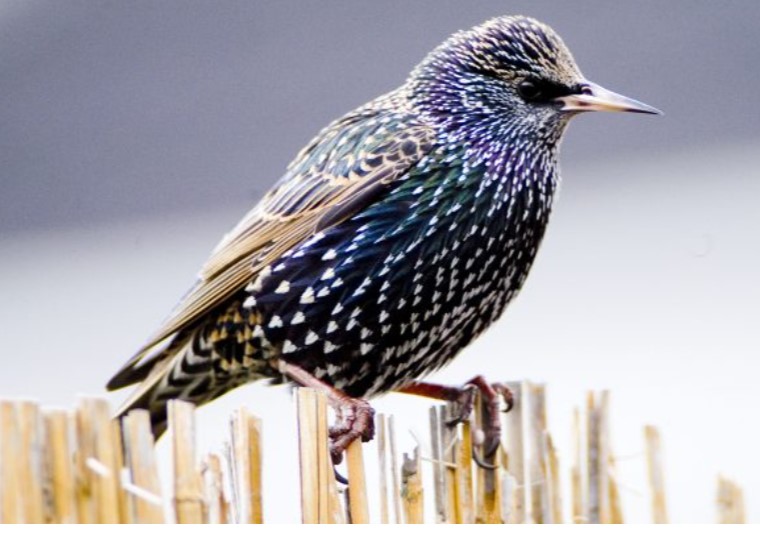 The starling is one of the most common birds. Yet, up until the middle of the last century, the starling was relatively uncommon. The rise in the population of starlings is part of a pattern throughout Europe in which starlings have increased in numbers, and have spread westwards. The reasons for the population increase are not fully understood, but an important factor is the bird’s ability to live on a wide variety of foods. Fruits, seeds, ﬂying insects, caterpillar, grubs, earthworms and household waste are all eaten. In spring the starlings diet consists mainly of insects and larvae. In summer fruits are important and by winter these are replaced by seeds. Another reason for the starlings’ success is that during the last century or so, large areas of Europe’s indigenous forests have been cleared for farming, and close-cropped grassland is a starling’s favourite habitat.

Starlings are so familiar to us that their beautiful iridescent plumage is so often overlooked. The starling’s song is not particularly musical, but it is remarkable for it’s mimicry of other bird calls. Starlings are closely related to those other master mimics, the mynah birds but, unlike the mynah bird cannot imitate human speech.

As well as feeding in ﬂocks starlings also roost in ﬂocks. Their consumption of a large number of leatherjackets is an obvious boost to the farmers, but on the other hand they can do a lot of damage to orchards. The nest is usually made in a natural hole, be it in a tree or cliff. However, any hole of the right size and situation will do, and cavities in the roofs of houses and farm buildings are especially popular. Between three and six eggs may be laid, although the usual clutch is five and starlings sometimes raise two clutches in a season. Years ago it was a favourite pastime for young boys with their slings and catapults to take up position in the ﬂight path of huge ﬂocks of starlings winging their way home to roost while the slings and catapults sent pebbles or other available missiles winging their way towards the flock with very little hope of success. While I’m sure that nowadays such a practice would be frowned upon, but it was just one of the many ways youngsters kept from getting bored in the late evenings. Their fathers made sure they did not get bored during the day. 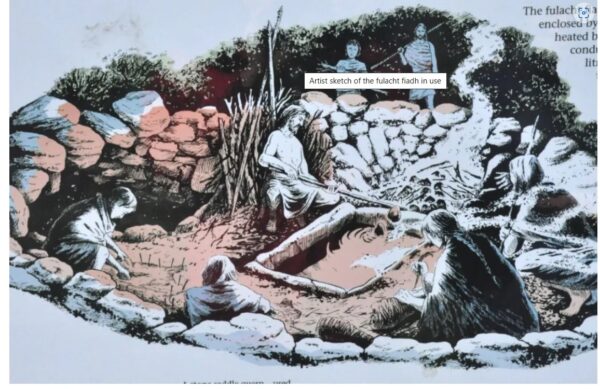 A Number of Ancient Cooking Places in the Athenry Area – Dec. 1996

In the Athenry area there are a number of low, grassed over mounds whi… by Martin Fitzpatrick
Athenry Journal Archive | Archaeology, Education, History