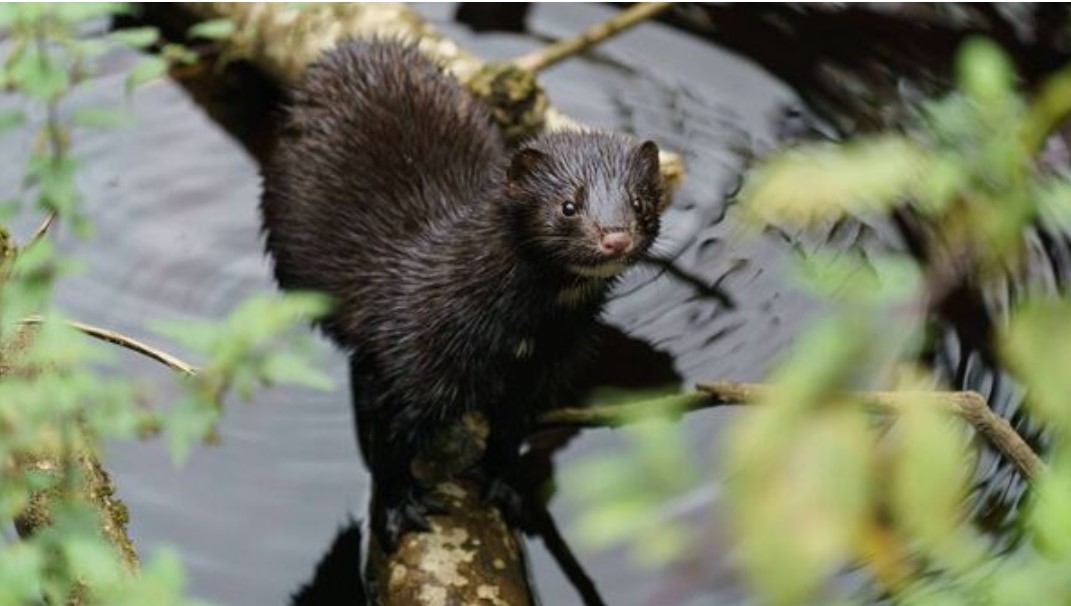 Have you ever seen a mink in the wild? If the answer is no, you have not missed much. He is not pretty to look at, bad tempered and a deadly killer of small animals, fish, frogs, ducks, poultry, water birds of all kinds that frequent rivers and lakes. Remember earlier this year when a good number of swans were kept in a shed near the docks in Galway after an oil spillage at the Claddagh basin. Well, a single mink got in and killed a number of them. This goes to show, for a small animal, how ferocious they are. They will kill for the hell of it. They may also be partial to a bit of lamb.

I have seen three mink in the wild in recent times. One swimming in the river near the bridge below the post office here in Athenry about two years ago. When two young boys started to shout on seeing him, he immediately started to screech. I think it would be fair to say that minks are the least welcome of all foreign species living here but not native to this country. Even though they are unwelcome, their pelts, were once highly prized and sought after for the making of mink coats. Hence the reason for their introduction to this country to be bred and reared in captivity and then killed for their fur.

I once lived near a mink farm, which was situated near a chicken hatchery and this meant a steady supply of reject day-old chicks to feed the mink at little cost. The only thing was that the deformed chicks were thrown into the containers while mostly alive, and then fed to the mink. Some people did not look kindly to that practice. However, the trade ﬂourished while ladies thought it was the height of fashion to sport a mink coat and men thought that such a present of a mink coat would surely win the lady’s affection. Whether the intentions were honourable, or otherwise, were often the subject of debate.

Minks are long slim members of the weasel family usually black, or dark brown in colour. They were prolific breeders in captivity, when handled carefully, and left to their own devices at crucial times. Then when the market declined for clothing made from animal pelts, some breeders let the mink free, others escaped, and now we have a serious problem. I hope they will not breed as well in the wild as they did in captivity, and I don’t think much research has been done on that subject, only time will tell. If they do breed successfully in the wild, then our wild life on land and water, as well as our farmyard friends are in trouble.

Minks like to live near rivers, streams and lakes, and I’m told that where they have established themselves, the wildlife is fast disappearing. Some gun clubs have been trapping them for years and I believe they can be trapped easily enough in baited cages, near rivers or streams. This method is more humane than using steel traps. What is done with the trapped animal is another days work. Perhaps you could try at making a mink hat for yourself, and hope when attending Church, Chapel, Meeting House, Hurling Matches, or Marts you might not suffer from taunts like “give the animals back their skins”. Some years ago, people wearing clothing made from animal pelts were regularly subjected to such taunts and this as well as the activities of the animal rights groups, brought about the end of the fur coats. Maybe some still exists in wardrobes guarded, by mothballs, and donned again in the privacy of the bedroom, in the moments of nostalgia.

However, on a more serious note to combat the mink problem people should think about getting a cross dog. We are all aware about the advice given on a regular basis years ago to the anxious fathers and mothers with young daughters, not yet of marriageable age to get a cross dog, to keep marauding males at bay. However, I think that the proverbial cross dog, has outlived his usefulness for the purpose aforesaid. But of course, a cross dog has other uses, apologies to Postmen and Guards and proved very effective in keeping predators such as foxes, badgers, pine martens and weasels at bay.

It is said that the mink is a very ferocious fighter and cats or easy-going dogs would have no chance against him. I, however, believe that a good cross dog would be the ideal protection around the farmyard, as they have proved their worth in the past, and still are around the house or farmyard. By the way, should you come face to face with a mink in narrow corners, don’t be fooled by his size, call the cross dog, and don’t put your finger at risk, as you will need them to go about your daily tasks, to open your Christmas presents, or raise a glass to propose a toast. Now, when you sit down to your Christmas dinner this year, and gaze, be it with a clear or jaundiced eye, good appetite, bad appetite, or no appetite at all, don’t forget to thank the Lord for what you are about to receive. It might be no harm either to say a silent word of thanks that our friend the mink didn’t get around to depriving you of it.

Merry Christmas to one and all! 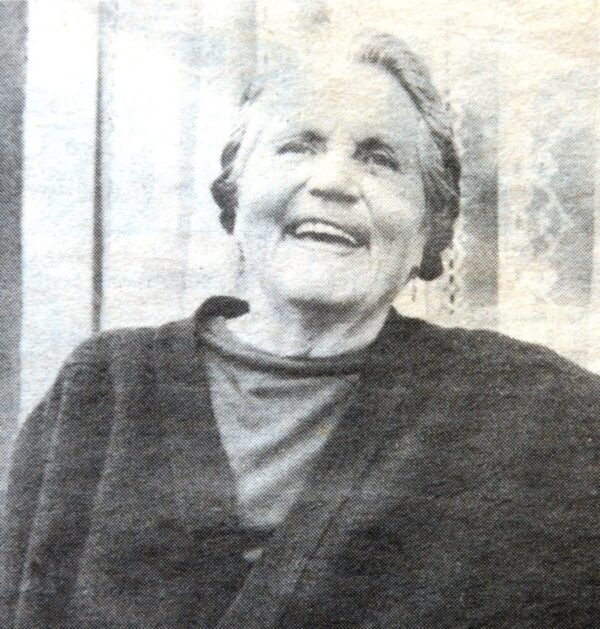 Aggie Qualter – Athenry Then and Now

If we could take a trip back in time and visit Athenry in 1850, how wo… by Aggie Qualter
General History Archive | Archaeology, Education, Farming, History, People, Religion